I’m constantly a week behind on mobile game adaptations, which means no Babylonia for me today. Still, there was a lot to thinka bout this week when it comes to anime. A lot of fun, solid things all over the place. Looking forward to seeing Babylonia again next week though.

Watch my review from this weekend.

Still in the second event with Sally and Maple acquiring medals, last episode started off with those two getting interrupted by an samurai character Kasumi. It’s interesting seeing Sally and Kasumi fighting at high speeds while Maple tries to catch up. Aww man. This episode really did feel like it skipped a lot of time because Kasumi and the two did team up for a dungeon, then Kasumi left for a while as Sally and Maple fought a squid under water. Ok, maybe fought is a over exaggeration. Maple completely obliterated the squid using her ability. She’s getting more powerful and ridiculous as time goes on.

The two met a lower level character by the name of Kanade who lead them to fight the squid in the first place. Yay OP Maple and excellent Sally pvp fighting. This is also where Kasumi showed up again days later and Maple really showed how terrifying she was. Maple was able to poison an entire cave entrance and gained the ability to fly around on a giant turtle and call people from above. I would like the idea that with the admins and everything involved, Maple becomes a major boss in this show. I wonder if the world will eventually turn against her for being too powerful. The admins don’t like her anyway, so I wonder if they are clever enough to make it happen. Probably not, but oh well. This show remains fun.

Blade of the Immortal Episode 18

This episode was a pretty low key episode for Rin and Mr. Manji who were just resting from the horror around many jealous women, heavier thing are going on. Habaki was apart of the Myugai-Ryu and Shogunate and loss all sense of power when his scheme was revealed. Now he and 30 prisoners called the Rokki-dan must find Ahnotsu of the Itto-Ryu and kill him or else the prisoners will die along with Habaki. Yes, no matter what Habaki is going to die here and he honestly deserves it for being such a horrible dick.

Also, Habaki’s daughter from someone else then his wife was here too and she’s a good fighter, but just can’t fight against Magatsu though during the Rokki-Chan’s attack on the Itto-Ryu. I shouldn’t also mention the somewhat hard core and gorey moment where Habaki’s wife killed their weak son and then her self because they failed to get Habaki a worthy successor while their servant woman did? Damn man. What am I supposed to say here? A lot of scary things are going on in this series. I really loved all the visuals in this episode. Minimalism is a lot of fun to explore here. I’m sure this will end well for everyone.

Somali and the Forest Spirit Episode 5

This was definitely the darkest chapter of Somali so far. This is the episode where the “human eating” and things really faces Somali and Golem completely in ways that the two are too innocent to expect. After leaving the mole hill city and restaurant, they travel through the desert, stop at a town, and eventually join the Harpy Uzoi and the hidden, but sick human Haitora on their wagon through the desert. That leads to some good desert exploration and tools on how one can survive a desert. Ultimately though, it leads to Uzoi and Somali alone in a crystal cave with Uzoi about to kill Somali for her blood.

This episode was a little bit of a tension master piece. You knew that Uzoi was up to something and Haitora never said anything about the situation to Golem or Somali in the passing really. He definitely should have, but oh well. But yeah, the waiting was the hardest thing to do here. At least we got to see some cool creatures like sand sharks and magical environments on queue for this wait. It’s hard to say what might be my favorite episode so far, but this could be it for sure.

Two arcs this time each filled with some strong senses of sentimentality. Of course, the first part was the confessing tree. A tree that is guaranteed to make a couple out of whoever confesses under it. So naturally, the tree goes out of control and couples form everywhere. Hanako asks Nene to join him under the tree to solve the problem at hand, but Nene actually thought Hanako would confess to her. All resulting in a very emotionally strong moment between the two after Hanako toned down the confessing tree’s power. This show really does have a strong, mysterious heart.

The second part of this episode is where the mysteries of Hanako’s backstory appear and are worth exploring a little bit. Nene doesn’t know about how Hanako is a murder and Miyamoto’s older bother and student president wants to push for Hanako’s exorcism much faster. Plus, there is the mystery of the fourth wonder of the school, the library that needs to be explored to and well be in the near future.

I really want to know more about Hanako too. He’s so much of a mystery and I hope that we do get to find out finally. He’s so fascinating that I want to know more. Also, I always love the style of this show. The visuals are constantly tone creating and experimental. Lerche just has fun with what it’s visual style and I’m here for it.

Haikyu!! To The Top Episode 5

Finally, after such a long time, the camps are over. Kageyama did some excellent volley ball playing with some new friends that are going to be his opponents in the tournament. Each person really did like their time in what they were doing, so it’s incredibly fun. That being said, I really did like the moment Hinata and Kageyama looked at each other at their school and then decided to run to the gym. I really liked the conversation the two had when passing the volley ball. I liked the special group meetings, but excited to see them play in nationals soon. I love these characters.

My thoughts are kind of all over the place with this episode. I actually did like a lot of bits from the first half. Our four teenagers showing the kids have strong abilities, but they can deal with kids through creative use of quirks and even some good jokes here and there. I was especially glad to see Bakugo’s development into not only being the loud, shouty guy, but the one who can actual speak honestly about himself with some self awareness. I also think that the interactions with our teenagers and Endeavour were great too. So yeah, was pretty satisfied.

I am kind of annoyed by the second half showing the very questionable Aoyama kind of bothering Deku. You know, the cheese in Deku’s mouth, the stalking of Midoriya’s room at night with the “I know” and everything. That small mention of “I know your quirk doesn’t help with your body” doesn’t really help either. Could the guy be any awkward? I guess we at least saw more 1-A and everything. Besides one scene, we could have honestly had this segment during any part of My Hero Academia up to this point. Why do this here? It’s just so lazy even if we do get to know more about Aoyama.

Following last episode, we dig deeper into the realm of the psyches of these character a little bit. Iroha almost instantly knew that the Ui presented in front of her was fake while Yachiyo had a lot of trouble escaping from her fake sister’s grasp. This lead to a Yachiyo’s grief seed going dark, a witch attacking, and Iroha sacrificing herself by taking Yachiyo’s grief seed’s darkness and attacking the witch by being a witch.

Mami from three episodes ago was able to save them all (and even threaten Iroha’s life while giving information about a witch gathering magical girls.) I suppose Mami also told Tsuruno to watch out for Yachiyo, so there are things to worry about later on here. Iroha sleeping and staying at Yachiyo’s place was pretty nice. This show’s story telling is improving and the atmosphere is so great. I still want to bathe in it. Even if that’s gross, it’s true.

Keep Your Hands Off Eizouken Episode 6

A pretty interesting team gathering episode while giving Midori some solid character development too. Sayaka is casually pushing Midori out of her hole and getting her to slowly giver her ideas to other people. While story boards are in progress and Tsubame takes care of the robot and monster fight animation, the group gathers more resources. The art club is let in on the Eizouken’s background art with some good cues toward what they need to make next and the sound club, with the student council’s advisement, is forced into joining the Eizouken or they lose all of their sounds.

The ending scene when Midori is pushed too far beyond her limits and wanting to do something else because she secretly can’t take in the logistics of the giant robot, finds her own way in making the giant robot work so she can mentally continue with the project as a whole. This must be Midori’s way to cope with working with so many people and being pushed outside of her comfort zone. She find a way to make it all work, so Midori is more good to go. I really liked this episode too. The wow factor is gone from the first episode, but it’s still clicking together well though.

This week’s episode was definitely a page turner in some ways. Or should I say, a shocker because of a sudden realization that may or may not have come out of nowhere? Depends on how you see it I suppose. First thing’s first, Hondomachi jumped into Narihisago’s ID well. An ID well that has had the necessary discharge particles for it for three years. Like holy crap. The ID Well itself had a bunch of numbers on the ground and those spots randomly hit by lightning every nine seconds. She meets Narihisago’s family and tells them to continue telling people while leaving the area to do most investigating. Mainly, a device that sends people into other ID Wells in his ID Well. What?

Then the surprise happens, Leader Momoki is under arrest for being John Walker. We didn’t even know that he was being investigated, but then I guess we don’t know anything about what this leader is doing anyway. All of this craziness happens while Hondomachi’s avatar is stuck in another ID Well in an ID Well. Apparently there was proof of John Walker with graves buried in the ground at his house and the John Walker outfit there too? You can’t just casually dig a grave and ignore it, it has to set for a while so I wonder how long it has been since he’s done that if he’s framed?

Narihisago and the prisoners played a part in this episode too. He completely lost his mind knowing that Hondomachi was in his ID Well because he wanted to see his family again and the guy with the hole in his head and the female they caught yesterday talked about having holes in their head. Lots of stuff to talk about. I am still not sure if the episode ended in a cliff hanger or not, but I did enjoy it quite a bit regardless though. 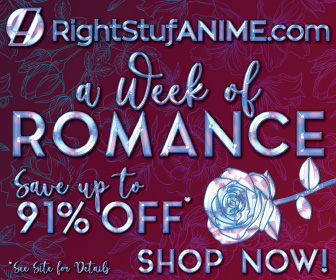