I am finding how this competition has been arranged to be interesting to think about honestly. There is a certain theme to it. Intentionally character wise or not, the major stakes for this tournament come from the Queen event. First, Suo used their match as a way to measure where he wants his match with Mr. Harada. That oddly changes a little bit when the final moment in latest Queen match really places pressure on how the Master’s side. It seems the author had a pretty solid goal in mind when putting together this tournament. Not 100% sure how I feel about that right now.

The Queen’s competition to the side a little bit. Especially when it turns to what is focused on when. That doesn’t mean that Shinobu’s plight of being a lonely girl who doesn’t know how to deal with have friends or Haruka having another baby on the way are just pushed to the side too. Oh no, those are treated completely seriously and full explored when they aren’t playing karuta. It’s just that there matches are completely secondary to the Master’s match so you feel nothing from them. From the lack of screen time to skipping them over, there is a lot of “this is here I guess.” This is Suo’s episode so that’s ok here, but throwing in the Queen match at the end was kind of disorientating in some ways. More on that later.

Remember what was mentioned last episode? About how Suo’s eye sight is pretty bad around the edges of his vision? We learn all about Suo this episode. From his backstory where he lived with his aunt and many cousins/siblings to where he ended up at Tokyo U. Something that is a larger achievement, but really pushed to the side in this story considering he’s been there for 8 years now. He was always the quiet one who liked his aunt and his aunt took him under her wing (along with the others) to try and get him to be an upstanding person. It’s honestly really relatable for me because I feel the same way as him.

Hisashi Suo and his aunt seemed to be more connected then more people think he would be. You can see that in his aunt not understanding how the internet works and how she tried to cheer for him through what looked like how people celebrate the passing of a loved one. Maybe his eye disease was inevitable. Not because of his attachment, but because he carried on his aunt’s feelings and thoughts. It’s just that Suo is a pretty empty person who never seemed to feel for something or someone. You know, despite that fact that he has a natural talent for things. Maybe he was just too gifted of a person for whatever he wanted to seek to ever gain a true passion for something. I mean, that’s how Suo got into Karuta.

At Tokyo U, Suo picked up karuta because of a pretty girl advertising the club for him. Yeah, he’s not the life long Of course, the girl got a boyfriend and Suo just put effort into the game in a singular way because that’s how he found a way to win. Suo never found the artistry of karuta. He didn’t seek to find interesting ways or techniques on how to play the game. He had no passion of his own, so he had to absorb the passion of other players so he can crush the player. This guy who robotically plays karuta with other people’s passion really is ultimately the villain of all Karuta. I can see why people hate him even if this episode does make him feel more sympathetic.

I can’t really help but be on Dr. Harada’s side in the equation here. He really deserves to be the Master. Him exploiting Suo’s weaknesses after no one else ever found them out besides Chihaya is mean completely fair. Suo really is the villain of all of karuta and now we know why. I loved the big shonen support or hero moment that happened when he was passed a pillow by the guy who long considered him an enemy, Kitano. I loved that Suo was on the ropes because his skills were still basic and he was getting exhausted from playing too much. It’s fantastic stuff seeing a villain losing even if you do understand him.

This is where the episode cuts to the Queen match by the way. Haruka and Shinobu still sizing each other up when Haruka is still behind a little bit. Shinobu witnesses her opponent’s strength and attachment to her cards and Haruka really wants to win this. All leading to the unfortunate thing. Their match ending when Shinobu got the called card and Haruka committing a double fault. Haruka was crushed, but it’s nice to see Shinobu growing up and allowing Haruka to gather the cards together like a winner. Good growth for her. It’s a strange place to cut in this match, but at least the moment was powerful and kind of sets the stakes for what the Master’s match is going to be like. This was the moment I was talking about earlier.

Then the final moment in the Harada and Suo match happens sort of. This is where the cliff hanger gets put into place here. Harada and Suo are both at one card each and Suo has the card that Harada sent over because he didn’t think it would be read. Damn, what a tense and absolutely mean point to end an episode. I mean seriously, why did you do this? This is just going to be a moment where the next episode starts and we don’t know the results isn’t it? No matter what though, I think the next match, if there is one, is going to lack the energy of the next one of it happens. Harada will be all there, but Suo might just be exhausted. Oh no. No one wants a tired match with absolutely no energy to it. EVER.

I really liked this episode in a lot of ways, but I still have complaints. It’s pretty interesting to look into Suo’s backstory and finally brought into the complete reason why he is hated by everyone for what he’s done, making a mockery of Karuta. We’ve waited seasons for this understanding and we finally got it. Suo really is an interesting character to think about and deconstruct how he got to this point. How is he such a shonen villain though? How did that happen? The queen match being ignored is still annoying though. I wonder greatly about why that is. Please writer, give them a chance. I mean, the main character is female after all. 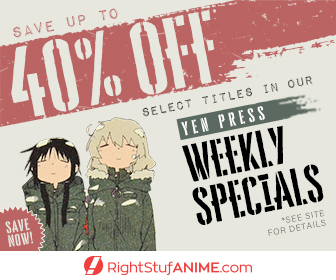