Nothing to say other then this season continues in their final stretches. Now we see the final strength of the show’s in question.

See my review from Sunday.

The comfiness factor continues this episode just like it does for every episode. Maple takes out the twins to fight a monster ten times to train and the twins gain the ability to wield two weapons in at the same time leading. Effectively, their strength has doubled. In fact, everyone upgrades a little bit if they need to. Not much from sally this episode, but other people gain new abilities. Their shielder acquires devil armor and Kanade now has an ability to quick fire abilities that require magic. All fun here for sure.

Then of course we return to more maple shenanigins. Maple has somehow acquired the ability to become a big puff pile of wool for some reason. An absolutely hilarious and cute moment. That easily ties into the next moment when she goes on a bunch of fetch quests to save a poor, sick girl in which she just completely ruins the tone of it through her usual case of brokeness. Also, she got angel armor that can protect her party members and make them invincible. I guess we really need to worry about that larger guild which will keep an eye on them. OH NO, THE HORROR. This show is just pure fluff and I can’t help but enjoy it.

Somali and the Forest Spirit Episode 7

I suppose this was yet another world building and fetch quest sort of episode. Not exactly as emotionally resonant for the last few episodes for me. That doesn’t mean that it’s bad, but that means it cold be explained in a few sentences. Gollem and Somali travel with and say good bye to Uzoi and Haitora, they make their way to town of witches to see if there is a book of humans in their library, and when they find the book in a back room of book worms magical creatures that eat up ink ate them.

It’s not a bad episode at all, but it’s clear that this episode is setting up something for a big reveal. Apparently that one book set up meeting with something bigger and more spiritual. Plus the relationship between Gollem and Somali was pushed closer a little bit and the visual aspects of the episode were fun. That witch village felt alive with how somali was given food. Plus ther eis Somali caring for her dad who got hurt. I hope Somali turns out happy somehow.

Once again, this episode really was a major emotional master piece for this show. Nene learning about Hanako’s past has made her relationship pretty questionable. Something that Kou (our exorcist) noticed and helped her get out of the slump by allowing her to make donuts (because he’s a cook). (I really liked when the older Miyamoto brother was ok with watching Hanako). That quick relationship moment between Hanako and Nene was cute before Hanako’s brother showed up full of evil and chaos. Like holy crap, man. That reveal was crazy.

Of course, that did lead to some cliches and such. For example, there is an evil group with Hanako’s brother lead by a girl named Sakura creating evil rumors around the school while bossing around the hot guy and everything. I kind of like that idea. Here is the more confident version of the good guys we know. I was kind of hoping that it would go this direction in some ways and it did. Maybe not in this way exactly, but they are doing a great job exploring the show’s characters and chaos.

Haikyu! TO THE TOP Episode 7

This was a kind of slow episode where Karasuno keeps playing against DATE Tech. This time, we see Kageyama sort of returning to his King form sort of. He did start yelling at his team mates again but with legitimate criticisms. Not just yelling at people to play better, but ways on how they can improve. Same with some of the players (Hinata) nitpicking back too. Oh, I guess DATE Tech was pretty rowdy and has alumni show up for some reason. This episode really did feel pretty slow. Honestly, I am starting to remember why I liked reading the manga then what I did when originally watching the anime. Plus, the visuals were kind of lacking except at some good points here and there. The recrowning felt good though.

Yeah, this episode was kind of interesting. I honestly don’t have much to say about it, haha. It’s fun seeing 1-A taking up instruments to play during the school festival. I liked seeing our crow boy playing a guitar and even Bakugo playing the drums with his motivation for 1-A to play drums for themselves instead of others. I can’t help but feel that the show is going “here is Deku and here is the rest of them”. Deku learning to jump into 20% power to launch a range attack is pretty cool. Kind of annoyed with Gentle coming to 1-A to ruin everything. Also annoyed that we skipped band practice I think? Why else would Eri show up at 1-A?

Just like another anime that came out recently like Hanako, Magia Record also goes 100% into what the show is about here. Fighting against rumors. Ok, that’s been built up during the entire show up to this point through it’s atmosphere and story, but here is the show just outright saying that for everyone. Today’s episode focused on our magical girls fighting against Owl Uwasa. The group creating rumors. After a fight in which Kyouko is there and Owl Uwasa send witches after our girls, Iroha used her witch form to defeat the witch’s den. Mifuyu, Yachiyo’s sister, is the leader and takes the sisters away.

This is the formation of Iroha’s magical girl group. You know, because Felecia is going to live at Yachiyo’s hat AND Iroha is going to be living at Kamihami at Yachiyo’s house too. Weird, but also makes sense considering the luck magic Iroha drank a while ago. Pretty exciting honestly. This show is pretty slow, but I can see these characters moving. Iroha mostly because she’s getting more confident, but everyone else has their own sort of arc and feelings too. Also, I like how the madoka characters show up at the right time to help when they could without every taking too much screen presence too. It’s hard to do that, but Magia Record can apparently.

With this episode, the final battle is truly on the way to happening. After a small battle in the ocean where our group was able to destroy the smaller Tiamat in the ocean through Ishtar’s giant laser, Tiamat’s true form is headed towards Uruk and will be there in two days. With Uruk’s barrier stopping the blood, the group needs to come up with a plan. The plan turns to sending Tiamat to the under world where she can truly be killed and humanity can still be saved. Ereshkigal can do that in three days, so Tiamat must be held back somehow. Also Isthar is the best, worst goddess. Very fun and character motivated episode. Can’t wait to see how this all concludes.

Keep Your Hands Off Eizouken! Episode 8

I honestly feel like we skipped an episode or two this week. Why? Because we jumped to the conclusion of the animation production in question. The first part of the episode was the final sound editing of the anime in question and talk about how they need the voice actors on stage performing everything. Then the first half was simply the before event in a way more Tatami Galaxy sort of perspective. The student council hunting people down to find Tsubame and then having her hide in a cardboard robot suit many other cardboard copies made an appearance. I enjoyed it, but it felt kind of off for this show. I guess more people are getting thrown into Yuasa’s sense of fun and nonsense.

The real part of this episode that worked was the show itself. There was no imagination sequence this time because the people (mostly Tsubame’s parents) got to see Tsubame’s work in front on screen. We got to see it as well. Tsubame was the animator after all and they all got to see Tsubame’s acting through physical animation on screen. She was acting in her own way and seeing Tsubame’s parents who didn’t want her to go into anime see it and be excited for her was great. You know, even if they did have a huge wall in between the two and such. The second half sold the episode for me because it felt right. The first half was just “oh, we are doing this enjoyable insanity.” I wonder what they are going to do next.

Well, this episode was pretty interesting. You remember those sorts of episodes where a character gets an ideal version of their lives projected by a villain to keep the hero completely under control? We get a unique construction of that here because Akihito (Sakaido) has all of his memories up to this point while also being apart of this ideal environment. With that nostalgia in question and him wanting to keep this environment going, he fights the Challenger who killed his family in combat. He gets beat up for it, but the challenger dies. Momoki himself says that it was in self defense so Akihito was left off on charges.

The real mystery of this show set in Akihito was drawn into Kaeru’s (not her actual name, but I forget) dreams where murderers usually show up to kill her in different ways. That’s the reason why we see her dead in ID Wells all over the place. Akihito plans on saving her from these villains that show up to murder her one way or another so the hated villain behind it all won’t do it anymore. Why are we getting to this now four episodes before the show ends? Also, how do we save Hondomachi? I have so many questions and I hope they all lead to the end because this show is still all over the place. I hope it all connects together in the end. 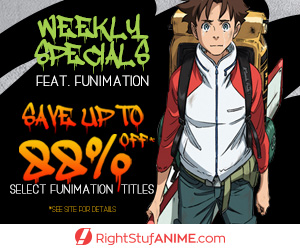