I’m beginning to question why I don’t drop shows near the end of their runs then there beginnings where it’s easier to do so. Towards the end you would think that it would be even easier because you know how most of the show is going to go AND what the strengths and weaknesses of a show generally are. Still, I have this feeling of loyalty towards the show in just wanting to finish it for finishing’s sake. Is that a good thing or a bad thing? Maybe I should write a post about this with my thoughts later on.

Anyway, I hope you are all liking Mecha March so far! 😀

Watch my review from Sunday here.

Blade of the Immortal Episode 21

A short episode setting up a lot of things for future events. The first one being a completion of Renzo’s arc. He actively tries to attack Manji after he’s lying on the floor after his frost bite. Rin lies and says that she kills his father. All leading to that tense moment when Renzo tries to kill both of them, but Magatsu stops the morally conflicted boy. Other then that, Habaki’s daughter and drop mostly get wiped out by an old man of the Itto-Ryu. After which Rin who isn’t fully recovered and Manji wonder out of their place of resting to complete the story. An ok set up episode with some interesting stakes. That’s about it really, it’s just ok.

Here we are, the third competition starts. You know, after the swimsuit episode in which Sally was the only in a bikini. Something tells me the animators really like her, which I can’t complain about. I kind of did too. Sally and Frederica, a mage, have a short duel where Maple Tree gains information for their enemies. Then sally, Kasumi, and the one guy in their group go in the attack in their capture the flag thing where Sally shows off her abilities and the rest are their for defense. Then the small amount of people attacked Maple Tree and lost horribly. Only the most powerful guilds exist now. I wonder how Maple Tree will get through this.

Somali and the Forest Spirit Episode 9

A pretty cute, but fun episode regardless. You remember those two medical types that appeared earlier in the show? How strange is it that in the outskirts and in someone else’s house where Golem amazes Somali with his cooking, they appeared again. The gang of four make their way into the tough town to find a place to stay for the night, but that ends up with the three (with Somali cowering in a corner). What that feat, they found a place to stay for the night, but have to work by being bodyguards at a restaurant.

It was an ok episode. There were some important moments like Golem realizing that he’s gotten more emotional by protecting Somali, but that’s about it for substance. Just a good set up episode for more material to the next one.

After last week’s episode, this episode couldn’t possibly be as good as last episode and it wasn’t. That doesn’t mean that it was a bad episode though. Oh far from that, just an episode that didn’t feel like it was as emotionally strong as it could be. Nene was captured by the bad guys for tea time, thrown in a goth dress she looked good in, talked girl talk maybe, and then stuck with a hot guy in another dimension things. A zone between the never and the world where doors lead to many places throughout the world.

So there is some comedy with Nene watching the hot guy continually open doors and get burned and scared by monsters leading to his hopeful death. You know, after Nene told him to be more careful, said he would, then didn’t? The emotional point of this episode happened after that. Nene opened a door to the school’s past where Hanako is still alive and somehow acquired the rocket keys from him before Nene was dragged to the future with the keys in pocket. The relationship between Hanako and Nene is infinitely strong and what holds a well-crafted show together. A fantastic set up episode with excellent goals.

Haikyu!! TO THE TOP Episode 9

This is the pre tournament episode. The episode where our boys make it to the location of the national tournament and rival in it’s splendor. I feel like this episode was way too long. I think half of episode needed to exist before having our players jump into a game with their first opponent or something. For instance, Daichi’s horror dream didn’t amount to much besides just being nervous. No one had the time to feel nervous. I do like seeing these boys watching the “you are awesome” video and Shimizu and Yachi’s moment together. Otherwise, felt like a waste until the tournament started and players saw opponents and such. That’s it. I feel like I’m always going to hard on Haikyu because of how slow it is.

Sigh, wake me up when this season is over so I can ignore this show for the rest of time. (Or if I just binge watch season 5 if I do that.) There were the kids in full preperation for their major event that is going to happen with the music and everything. Then for Deku to meet Mr. Gentle and fight him, Deku buys a new rope for safety, then meets Mr. Gentle, and a fight breaks out. It’s a decent fight to be sure I suppose with cool visual effects and such I guess. It’s whatever. Is there really going to be episodes building up to 1-A’s performance in an episode after episode basis with a time limit? Did you have to do more things to make this season worse, MHA? You have a new opening centered on a character that you are ignoring and now this? The hell are you doing?

With Iroha sacrificing herself to save a girl she never met but felt lonely, we get pretty deep into a love story between an A.I. so originally titled Ai and Sana. Iroha is here to save a girl stuck in the Endless Solitude . Something that Sana wanted because she was always ignored by everyone and finally found some happiness. So with that, the place is being destroyed by Aliya of the wings of magius. Iroha is just witnessing this happening, but you can see some true sadness on her face. Ai sending Aliya away and asking Sana to kill her was powerfully sad. I think this is my favorite episode of Magia Record so far.

Keep Your Hands Off Eizouken Episode 10

This is the episode where the logistics of what Eizouken is trying to do are noticed by the school because the school doesn’t want the club to gain money from their next anime because it’s not education for some reason during a meeting? Kanamori made the logical arguments why they should do this and make money from it and there is subtle jabs about how one of the student council members would be a good teacher based on how the feeling of the meeting is going. So yes, Eizouken can continue with their anime, but they can’t get any profits off of it. Damn, unpaid animators and workers much?

On the flip side, we see Sayaka Kanamori’s plan being put into fruition. Tsubame will continue some modeling gigs so they can use Tsubame’s appeal to sell dvds at the convention, and Midori still needs to come up with a solid story board on how the anime is going to be done and created. A sound capturing meeting for the gong and water fall itself to help Midori focus on what was going on eventhough her mind wandered further and further from the goal of this manga and onto something else itself. Without a complete story and story boards, this anime is going to have a hard time happening isn’t it? They should just make a anime with a bunch of shorts.

So yeah, this felt like the logistics episode where everything in motion is still being figured out and the school really looking down on everything to make sure Eizouken can do what it wants without ever getting some practical business things. There were some cool imagination spots too and even some fanservice like Tsubame modeling as a boy, Midori turning into Miyazaki for a second, and the Kanamori Akira slide. How can an episode be bad when it has that happened. So yeah, throw this onto the pile of good episodes because there aren’t bad ones. Plus, I’m excited to see what they come up with next.

I feel like this episode showed the massive difference between character knowledge and watcher knowledge. This is a game play DnD or table top role playing thing, but it’s still important here. Why does this matter? Because it’s kind of easy for us an audience to figure it out because there is no twists in this anime’s plot. It’s literally the guy who you thought it would be, the chief of the police agency. It is literally the first guy you thought it would be in the anime, but the characters never thought this and I think it’s generally ok. The chief did some dickish things, but not enough to put them in the line of fire of the situation at hand here. So it does make since on what happens.

So yes, figuring out who John Walker is was one of the two main plots of this episode. Hondomachi was given the task with Narihasigo’s information of finding who John Walker is and she does. She does it in a relatively detective like manner. I’m going to have to put her on my list of waifus aren’t I? Do I have a thing for detective girls? Anyway, while that’s happening Anaido and Sakaido figure out that this is a three year old well of Narihasigo’s and use that knowledge to figure out where Hondomachi’s pod is. Luckily, it is right where they think it is. The female Leader on the outside sends them all home, Hondomachi tells them who John Walker is, and the episode has a great cliff hanger. Can’t wait until it happens. 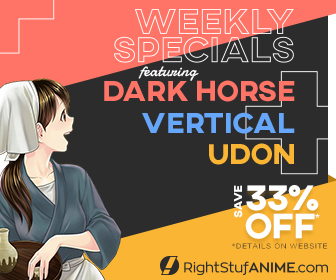