Since I was able to get the Patlabor boxset this year, I wanted to throw the franchise into Mecha March somehow. I’m also a little lazy and while I’ve seen the longer series before and am rewatching Patlabor TV with my dad right now. Still when I made my choice what series I decided to share on here, I didn’t want to spend all of that time speed watching it after watching other longer shows. That is how The Early Days appeared here. I told myself that I was to watch the 7-episode Patlabor ova by Mamoru Oshii and write about.

Not only because it’s easily digestible for new fans, but for my own purposes. If I manage to pull off Oshii October, this ova series is needed for context. So basically, I’m laying the groundwork here for later plots and schemes. Muahahaha. This my last review for Mecha March, but also a promise for more Patlabor content in the future. The first movies will appear in October and the series will appear in due time. I know that I’ve stated that I am going to insert more Gundam content in Mechanical Anime Reviews this year and going on, but this is also the stealth year for Patlabor content here too. Holy crap, this review became an advertisement. Maybe we should finally talk about Patlabor: The Early Days.

In the near future, giant robots are used for all sorts of construction and whatever heavy industry uses that they can provide a use too. The units are called labors and have revolutionized all sorts of industries in a lot of good ways in terms of productive and ease of use. Of course, with that good side comes that bad side. Robots are now able to be used in all sorts of crimes. Whether a pilot gets angry and causes conflict for everyone OR it’s actual crime, it needs to be dealt with by an authority. In order to combat these growing number of crimes, the police set up a unit called The Special Vehicles which uses Patrol Labors to solve all sorts of Labor crime. That’s where the title comes from. Patlabor is the shortened form of Patrol Labor though I feel like you’ve all gotten that. Encase you didn’t, there it is. Our focus is on Division 2, the guys with the worst reputation possible.

Patlabor: The Early Days is an episodic OVA series, except episodes 5 and 6, revolving around Tokyo’s Special Vehicle Section 2 Division 1. While Division 1 is professional and an upstanding sort of unit with lower valued Patrol Labors ran by the over professional Officer Shinobu Nagumo. She’s also pretty cool. On the other hand, Division 2 is the complete opposite with it being filled with a bunch of goof balls with all kinds of interesting personalities which makes them more relatable. Their leader, Officer Goto, fits their group perfectly with his very laid back and more thoughtful behavior. Or is it because his behavior is boarding on the realm of lazy so it’s hard to tell when he has everything under control. He is what is called a mood. Goto and Nagumo have a very interesting chemistry together between police cases.

So yes, I called this ova an episodic police series and that’s exactly what it is. It’s police focused down to the point where the mecha in question are almost secondary to everything else. There’s a fun joke where the pilots show up in the first episode before the mecha do because the mecha are lost in traffic. It’s a fun way to set the way things are in this series. The police cases themselves are the major focus here while the famed Patlabors only play into the plot at the end of each episode in a very important way. That is until episode 7 where things change around and has more mecha combat in it. I don’t consider any of this a bad thing really because the cases are pretty fun and have a lot of character from them. Why? They range from standard terrorist bombings to stolen labors to ghost mysteries to possible giant monster combat and each one is a lot of fun. The Babylon Project, which will be a major plot point for a film, is mentioned in the background. No, it’s not Babylon 5. It’s something else entirely.

I do have to give some special mention to episodes 5 and 6 here because this is where this Oshii ova becomes 100% Oshii with its politics and everything. How you may ask? They are focused on a terrorist plot with Japan’s Self Defense Force goes on a rebellion for some reason and possibly has a nuke. While the other characters are given some development through their vacation time moments, Goto is the real main protagonist here because he knows the leader of this rebellion personally. I mean, they went to school together of course. So yeah, it’s a lot of political waxing with useless people on screen yelling at people, the rebellion against all of Japan’s police at a standstill, and such. It’s still fun to watch, just that it carried a different weight and energy then the episodes before it. That’s it, still fun to watch for it’s own reasons.

This is where we dig into the character elements which aren’t as strong as I would like them to be. Why? Because this is an Oshii series which means that it’s more plot focused then it is character focused which means the police cases take much more focus. Also, it’s only 7 episodes in length. That’s fine here though, because enough time is given to who these characters are and what they are about that you at least understand them. How this series does it in seven episodes is put each character in pairs. You know, like how there are two teams of Patlabors. Goto and Naguma is an example of this. Our main protagonist, supposedly, is Noah Izumi. She is the pilot of this team A mecha obsessed person who named her Patlabor Alphonse. She is balanced out by Asuma Shinohara, the heir of Shinohara industries who knows about mecha from a more technical aspect and he’s the lead of this team. They make up part of team one along with the gentle giant, Hiromi Yamazaki who drives the carrier.

Team 2 is the gun happy unit which is much different then Team 1’s more thoughtful approach. Isao Ohta is the mecha pilot who is obsessed with honor and shooting things with lead as fast as he can which causes untold amounts of trouble and damage. I love how much fun he is. For the sake of balance, his partner is Mikiyasu Shinshi who is the driver of the carrier and rather meek and quiet while also being the only married person in the whole group. Of course, to add more gun happy, Kanuka Clancy is a daugheter of Asian immigrants from the United States, the leader of the Team 2, and is assigned to Division 2 from NYPD. While she is an exceptional detective and officer, you won’t see her anywhere without at least a pistol on hand at a minimum. I love her too because she’s just a lot of fun to have around. The cast wouldn’t work without her. It’s like she just completes the show itself.

Since Patlabor: The Early Days is an ova series where each episode came out a month after the next except for the distance between episodes six and seven which is half a year, this ova looks pretty great for an older ova. There is good character animation, excellent background scenery, and such with some still frames still here and there for atmosphere and effect. All spectacular. The mechanical animation is the high light here because that is what makes this ova feel realistic. Strange considering they are secondary, right? So much time in making the Labors move with tons of mechanical details put on screen that you can’t help but think they could happen. Plus, you can feel the weight when they move around, jump, and push other Labors into buildings. One of the times I will not complain about the mecha not having capes.

What more do I have to say here? Patlabor: The Early Days is a very fun seven-episode ova that serves as a good entry point into the world of Patlabor. (I think we should name a theme park or something this name.) It has some interesting plots, good characters, and even some minor Mamoru Oshii political navel waxing that serves off as a jumping off point for later Mamoru Oshii works. Its weaknesses lie in the lack of episode count and that’s it. Not enough character moments or mecha action because of that. Something that could easily be solved with watching more Patlabor content! More to come. Hopefully you guys can go out and watch Patlabor before October so I can unveil the movie stuff without holding back. Not that I would hold back in the first place honestly. 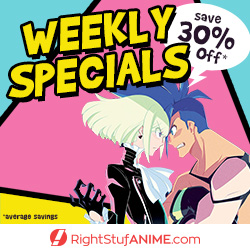