A Massive Thank You To EVERYONE!

Once again, thank you all recent and longtime followers for following along with me on this recent Mecha March 2020 journey and have added their responses to my question posts. Also, thanks to Lita for becoming a duo with me on this journey. Huge thanks to Animeandfanfiction, Risefromashes, and Irina for throwing in their own say and posts for the event too. Same with Build Casters for adding in their #Hud_Classics podcast into the mix to make this something truly special.

One of the largest things I’ve learned is that society is run on the idea of value. Like, money has a value because we as a society believe that it does. Thank you all to adding to the value of Mecha March. A thing that I may or may have not created four years ago (unless someone else has) and has somehow gained a value to others as it’s gone on. It means so much to me guys. You all really have no idea. Or maybe you do. Either way, I’m glad it’s grown as much as it has. Anyone want to help me make it larger next time? You don’t have to if you don’t want to.

For those of you who haven’t read every single post that I’ve created for this event, I’ve written eight reviews, had four question posts that I ask for answers from the community, and then three random posts that focus on mecha from 2019 or are community focused too. Here lists of them if you need them all in one place.

Mecha March is always something that I try to improve upon for the next time. That means that like each post that I share on this blog, it’s a part of the evolution of my blog in me trying to improve what the content is as it’s going on. The added prospect of this round of this tour having a larger amount of traffic compared to Mecha March 2019 means that I’ve done something right this time. The inclusion of unfamiliar series with more popular, older ones seems to have worked. A good data point for 2021 if I’m still blogging. I feel like I will be, but who knows for sure right? Going to keep positive though.

With that, I am thinking about the future and what I want to do to expand Mecha March further next year and even what series I want to talk about next time. I’m thinking about rewatching some more modern mecha series like Eureka 7 and a portion of Code Geass while also looking at some really old series like God Mazinger and even the original Astro Boy. I have some time to figure this out I suppose. I could possibly just not talk about any of these and completely random. Who knows? The future is weird. Anything can happen.

For now though, I’m going to put Mecha March in the back burner for a while. My focus is on things I’m planning on doing in the future. I have a July special tour event tour that I need to start on planning and even talking to other people to set this up. So, look for an announcement on June. I am also doing a supposed Mecha March 2020 and ½ in October called Oshii October that I’m pretty excited to do actually. Anno August was a lot of fun to do, so talking about another one of my most favorite anime directors I’ve barely talked about on here is going be great. I know I talked down about the Patlabor OVA, but that’s not all my feelings about Oshii. I’ve got more positive ones coming forward.

I’m also thinking about a random older film week sometime in the summer, but I don’t know if I will actually do that. Who knows really? Keep an eye out for those things in the future though you will probably forget about this post until those things happen. If so, then everything will be a surprise and that is alright. 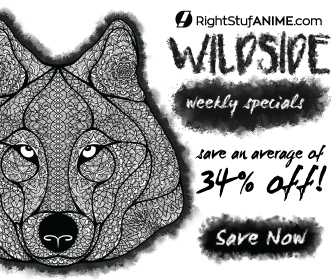