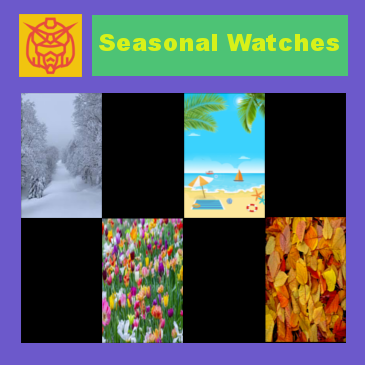 The Winter 2020 Quarter of anime has certainly been a wild ride, hasn’t it? I kind of mean in terms of anime, but mostly in terms of world events. How wild of a 2020 were you expecting on January first? I had a lot of hope coming into 2020, but we’ve had a possible cause of World War 3, the impeachment hearings, and now the Coronovirus is changing how a lot of people live and work by keeping people inside unless their jobs are mandatory. Apparently, animators in Japan have been working remotely too in a lot of cases, so it’s nice to see people trying to act healthier in times of crisis. That virus is really changing up a lot of things.

But we aren’t here to talk about world events and sad things in real life. Lets instead talk about world events and sad things that have happened in anime this past season. (Nailed the transition). I once again kind of push towards of what I said in my Half Way post. Winter 2020 has an entire smorgish board of anime to start this season with. I haven’t even watched all of them, but the small sampler of series that I’ve watched certainly have their own unique appeals that I can’t help but really enjoy. Great way to start 2020.

Keep Your Hands Off Eizouken!

Yeah, a typical choice for this season right? Here’s the thing though, I am a big Masaki Yuasa fan and it’s awesome to see him and his team just in love with creating a show about creating. Even if there are a few story and character sorts of flaws with the quick cuts towards concluding something, it all paid off in terms of execution. The show really does feel like a world that wants you to create things with reality waiting down the corner for you to tell you what the problems are on a deadline. It’s just fantastic stuff.

This is the third season to an amazing anime series that I really love. That already puts this on this list you know besides the caveat of if this season was bad. It’s not, just different. It focuses more on growing up and adult problems (old and young) while they maintain their love for karuta. It makes sense in the context of this story because it’s like Chihaya and others are looking at their futures. All with some good karuta card slapping all over the place.

I was honestly surprised how wholesome this show was when it first started. You know, when it’s pretty beautiful visual style and everything. I was also surprised how emotionally raw and rich it was as it went on. There are some repetitive moments like “Nene is captured or getting caught in something supernatural again”, but that’s her role. She is the normal character being thrown into the supernatural world. Still, the emotional appeals and thoughts really put everything together well. I do need a second season though. It still feels very incomplete.

I wasn’t sure if I would love this as much as I thought I would. I was first into Babylonia because it was a fate thing and I resigned myself to watch fate things besides the Ilya stuff, because I like Fate. I’ve had a lot more hits than miss for me and so far, that’s still the truth. I dug into Babylonia’s character drama, the world, the art, the animation, and everything. It’s pure entertainment that has a lot of soul put into it. This series became one of my Saturday highlights.

How did this show work? Like seriously? It had so many plot, characters, and details going around with it that I wasn’t sure it if would. Yet, it all did even if the one episode didn’t fit with the next episode immediately afterwards. The criminal mystery show that saw the potential of the devices that allow people to travel to different mind spaces were pretty solid and the twists in the story, besides the killer, were really good. What was more amazing was that the last episode had all the eliminates of the show itself in one conclusive package. This could have been under threat of not working yet it did. Incredible.

A very small confession, Madoka Magica is one of those anime series that I really like but don’t talk about that often. It’s one of quite a few that I really need to at least mention somewhere, but my anime is more about anime I discover and talk about, not me rewatching things. Because of this, I was really worried about seeing how Magia Record was going to work without always saying “remember this series?”

How did Magia Record get around this for the most part? By focusing on something different. The focus is rumors and while the show is slow in getting where it’s going, it’s been a very enjoyable experience. I would honestly just watch this show for the madoka atmosphere alone but having characters and a story to attach to is good too.

Haikyu!! TO THE TOP

I honestly think that Haikyu works better for me in manga form then anime form. There is just the pacing of normal sports vs real sports that creates a disconnect for me. I’ve watched college volleyball when I was in college because I was in college pep band and I also watch the US women’s volleyball team during the Olympics so generally know what it’s like.

When I read the manga, I’m in a different mood. So basically, I am putting this show here because of my feelings towards sports anime. That being said besides it’s slow start, this show is just great. Everything builds these characters somewhere and everything.

Blade of the Immortal

Ok, lets talk about some content warnings in this first. There is a lot of blood, guts, gore, threats of rape, and nazi experimentation surgery in this show and I am honestly surprised how the show turned out how tasteful it is. But yeah, this is the journey for Rin and her immortal bodyguard Mr. Manji seeking revenge for Rin’s family. The show looks at what happens to the people who seek for revenge and the cursed people that did it in the first place. What does the cyclical nature of revenge look like?

You know, with a lot of blood, gore, and crazy people fighting and killing each other. The content is one of a few things that is stopping me from enjoying it. There is also a lot of stuff that could be read as “in the manga” making the experience as good and fresh as it could be. That’s what happens when you have an episode limit to tell the story I suppose. Reading the manga would have probably given this anime a much better experience, but what we got wasn’t bad though. It was definitely more then watchable.

Somali and the Forest Spirit

I can’t help but really that that I was let down in the second half of this show. Not because of what the show was doing specifically, but it not doing things in my own tastes. This father and daughter in a fantasy world narrative was great in the beginning. There were some touches of racism/speciesism that had it’s appearance, we were still learning more about the world and it’s fantastical touches that made it interesting. Somali’s world is great.

Still, when the ugliness of the world itself made its appearance I was kind of disappointed. Not because the nature of seeing racism and speciesism of making this fantasy world feel like it’s not much hurt the narrative. It just hurt the reasons why I was watching it in the first place. I love seeing unique and beautiful fantasy worlds. That’s part of why I am a miyazaki fan. That lack of balance of a fantasy world with its subject matter really hurt the show for me.

Bofuri is perfect junk food for me. The adventures of Maple were always great. Especially sense Maple has such a great and goofy personality while not even noticing that she isn’t playing the game the same way others are? She just goes in off the wall directions and constantly one ups herself in how crazy her abilities are? There are other characters that join her on her journey like Sally, but they aren’t the focus. The focus has always been Maple and that’s ok. It isn’t that brilliant of a show, but it at least is entertaining to watch every week. The perfect balance to Blade of the Immortal. I just don’t know if I will watch the sequel that is coming.

I know this isn’t completely fair to this show right now, but I am honestly so checked out with My Hero Academia right now. The Over Haul arc was incredibly lousy and I feel like this entire school festival arc is just executed so badly that I don’t care. I really don’t. I never took to Gentle either. Why do we have a new opening focusing on Jirou and then give her an arc that is spread out over an entire cour where she has five minutes of time? Why is the focus on the Deku when there are other more interesting things going on in the background? I just…I can’t do it. I honestly don’t plan on watching the inevitable season 5 while it’s airing unless I can just go through it quickly. What the hell man.

And this is the list. These are the shows that are the top and bottom of 2020 so far on my list. It’s been a very fun ride with all of sorts of great adventures and everything. All the shows were of varying quality, but that’s the case for every season. Still, I’m not extremely certain of what anime I will watch this coming spring season. There isn’t that much out there that interests me that much in a great deal. That’s why I haven’t written out of those post for Spring. I’ll only find out what I’m watching when I get to the series I guess. Just the way I am going to live.

Current Best Anime Of 2020/The Decade