Looks like I’m writing a bunch of things that I’ve been waiting to do for a while finally. I can’t really blame Mecha March for throwing me off of writing this post, because an airplane is a mechanical device and talking about why a mechanical device would fail would fit easily into the month without a problem. I’ve been hesitant for other reasons. I’m not going to talk about what they are specifically; the reasons are too personal. Instead, let’s enjoy some of the fun that comes from me rewatching Girl’s Last Tour for #AniTwitWatches event. I’m not going to review the show again because my thoughts haven’t changed that much. You can read my old post here. I still wanted to do something fun though even if it took me a while.

This post will focus on the end result of the happenings in episode 6. Yuu and Chi’s vehicle breaks down in the middle of the desert. Luckily, mechanical genius Ishii appears and tells them she can repair it. You know, if Chi and Yuu help her build her plane first. There are montages of the three working on the plane with Ishii finding them and providing them a place to sleep until the final moment of the episode. Ishii warms up the plane, it lifts off, flies for less than a minute, then it falls apart. The wings tear off from the joints and Ishii is seen falling to the first level of the city in a parachute. Fun times.

Girls’ Last Tour is a fictional show and the plane could have crashed for a number of reasons. Anime and fiction in general are now held down by realistic and logical reasons. The plane could have just fallen apart because Ishii’s story followed the tale of Icarus of reaching too close to the sun. Girls’ Last Tour is in that zone of ambiguous of the real and fantastically world building and tonally, so the answer is both. Let’s look at Girls’ Last Tour’s plane crash like looking like a real airplane autopsy, ok? We are throwing the fantastical nature of this show out to just look at the cold hard facts. Boy, that hurt for me to say. Still, all for the effort put into this post I suppose.

A Look At The Plane Crash

From the footage that we’ve seen of the moment of failure, we see a pretty obvious cause. The wings of the airplane fell off at the joints. Mainly at the point where the fuselage and the wings meet and the wings fell apart themselves. That all in all makes sense considering that the largest stress concentrations come from where two parts meet or once again, a joint. There must have been no qualified mechanics who did heavily detailed check before giving the airplane the go ahead to fly. There were obviously multiple large cracks in the material at the joint that weren’t found before flight.

Same for the wings that fell apart. Wings usually bend back and forth a lot during an airplane’s flight. You can’t see it, but there is a lot of forces causing the wings to bend in the air regarding wind conditions, weather conditions, the vibrations from the engines, and who knows honestly. There is a lot of reasons why the material for wings are heavily tested using different bending and fatigue methods before being chosen. Life cycles of material life and crack propagation are heavily tested out so the companies involved in the plane’s manufacturing are very confidence the plane and wing will hold up. That didn’t happen here.

We’ve looked into the videos and research material in how this particular plane was built. All of it happily provided to us by the wonderful people at Hidive and VRV. I’ve heard of these companies before, but never knew they had aerospace research department before. I suppose there is something new to learn every day. Officially, we can make a lot more efforts into understanding why this plane failed by looking at the time who built this airplane and the material they used to do it.

This is the first reason we will look into, because this point leads to the next point or reason of failure. There was a total number of three people working on this plane. Ishii, the supposed engineer and airplane mechanical, and two random girls from the wastelands. The first one is Chi who seems to have some workable, but minimal level of mechanical knowledge. Yuu is the name of the second person and it’s clear that she is just the muscle of the group. Has no clear grasp of mechanical knowledge at all. It’s pretty clear that the group behind the plane’s construction is heavily suspect for a number of reasons.

Even if the three worked together, it is immediately clear that Ishii is the one leading the charge and making all the decisions for building it. Someone whose qualifications seem suspect at best. This is fundamentally wrong. Airplane maintenance, manufacturing, and construction involves a collaborative effort between a number of people. One person’s work is usually checked out by a number of other people to make sure the airplane constructed follows a number of standards and guidelines. The FAA certification office exists for a reason. Companies that don’t follow standard rules and guidelines usually lead to failure. This plane would never make it off the ground if the FAA existed in the apocalypse.

From the information provided by the videos and documentation of the incident, we also can question the material used for the plane’s construction. From the evidence shown, we can see that the material used is old. Possibly already used in previous airplane designs. The design of the airplane itself was fine considering that it’s been used before, but the material’s previous usage is what really matters here. Every material that has laid around for a while has an unspecified history. Whether they’ve never been used before or not cannot be specified, so they should be checked before usage.

No matter the situation here, Ishii’s plane was doomed for failure. There are just too many factors to consider in the plane construction for it to be a complete success. From the team that constructed the plane to the suspect material found in the old hanger in question, there are too many factors to consider for the plane to last longer then forty seconds in the air. Even the usual anime 1:1,000,000 chance of a scenario in which things turn into a success still isn’t possible here. Ishii’s dream was never meant to come true here. The poor conditions on how this plane was construction says it all.

If you’ve gotten through this post somehow, thank you so much. It was a lot of fun to write with the technical sort of mindset I don’t usually take along with me. Hope it was as interesting to read as it was to write. Maybe I can think about doing more of these in the future if the situation presents itself. 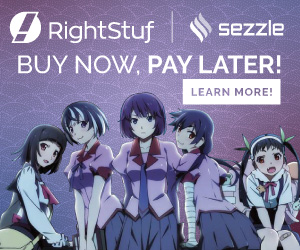