I feel sad about this season because I am not enjoying shows as much as I want to AND there is this constant look up to see which shows will continue. I am being more stubborn this season in keeping shows that I am not enjoying as much because the shows themselves are dropping from this list. It’s kind of been to my detriment in some ways, but oh well.

Oh, today is already May the 4th. Yeah, not feeling any of that Star Wars love I was feeling last year. OR Disney and their properties in general. Can we just get rid of them somehow?

A Fruits Basket episode with a started conflict from Haru’s girlfriend who is in the hospital breaking up with him. Wow, he’s always been such an even and thoughtful character, but dark Haru showed up and went on a rampage in a classroom and breaking everything. I am honestly astonished that the school just gave him a suspension. He should have been expelled. Oh, and there is a school trip to Kyoto being planned in the middle of all this. Oh wow, so nervous.

Still, that moment really put the other Sohma families on edge too. Kyo, who protected Tohru when Haru almost hit her, questioned his own self-worth because he did hurt Tohru. I’m glad the show didn’t let him go with that even if Tohru did. Yuki himself talks to Haru in some very thoughtful and self-reflective manners by doing things he doesn’t usually do. It’s a very thoughtful episode for sure. Just kind of wild how it just happened and we had to deal with it.

Well, that was one fast moving baseball camp. Four days worth of practicing, training, and practice games all put into 22 minutes. There were some major things that happened like characters finding themselves, another picture on the field, and everything, but the opposing teams they lost too got no personality at all. Just on screen for thirty seconds in a lousily animated and sometimes off model base ball game. I’m glad that everyone is getting closer to becoming a better team in the next competition. Gah, can this show stop being about average please? Give me something else to watch, please. Yes, I’m sticking with this show but I feel like I can still critique it regardless.

Another fun yet character forward episode of this show. Rachel is in one of the groups competing for the Crown Game at the moment. Baam is on the throne with the crown, then Khun and Rak are defending him. Sounds about right. The next round showed what Khun was carrying in his bag, three people (a group) ready to fight against the next around and it gave our squad some rest. Of course, the next match was even scarier. Rachel, who Baam wanted to find, was thrown in the mix. It was a cool fight, but the emotinal pay off of Baam seeing Rachel hurting, lashing out and using the power of Black March by turning himself into Shinso and destroying the crown, and such was something else. I’m surprised that Lero Ro, a test administrator, is sticking his neck out for Baam and Rachel. He’s pretty brave and kind to his competitors despite all the death and everything.

Last episode before the hiatus hits this show and it’s a backstory episode. We hear the history of Alus, an ancient A.I. created by the ancients to protect Eldora. Also, how Alus woke up and thought the people inhabiting Eldora are enemies. With that Cuadorn, the dragon, summoned Masaki and his gunpla from GBN to fight amongst him. Of course, Masaki was eventually taken over by Alus when Alus took gunpla designs from GBN Itself. Thus, that leads to the conflict of the Build Divers right here. They are stealing themselves for the next phase of the conflict itself after telling Cuadorn they are staying. Brave kids who might not return. Well, that’s a great place to leave off despite the hiatus. No cliff hangers besides looking forward to the mission ahead.

I get the whole character building thing, but you could have done this another way. Like, seriously. The Russian Combat Revue is out there in their ship over Tokyo and we are just having fun watching and/or seeing Klara and the other characters in this Rose Squadron. In this episode, Azami and Claris not so quietly follow Klara and see her actions (and they were caught three times). Of course, we learn that Klara has the ability to amplify other people’s spirit abilities when the a demon attacked and Claris and Azami were following it. Of course, we got the pointless chase scene where Black cape captured Klara and White Cape took her back. It’s alright, but you could have had this character stuff and then have the villain show up. That’s how decent shows would have written this. Otherwise, it’s spinning the wheels.

This show’s pace is a little too fast still, but I enjoyed this episode a lot more then the last one. It at least didn’t have a pointless mystery plot which is much better. Some good world building things though.This was all about Denka (Prince in Japanese). Echo and Mu argued on the way to Denka’s city and after hearing their story, Denka worked to put the two together again. Mu (Girl 6) and Echo (Boy 9) [nice] were roomed together surprisingly and given some part time jobs to earn their money before leaving. Of course, Mu had a phone sex job (ewww) and Echo as a repairing job (that’s about right) while trying to find Denka.

That leads to the second half where Echo and Mu start finding information. Wendy and Lisa who work for Denka challenge Echo and Mu to a duel. If they win, they get to talk to Denka (who has worked amongst them at Mr. Kidd.). Honestly, the fight scene was alright. Wendy and Lisa honestly don’t seem to be the best players because the Valentine’s were stronger. Still, fun times happened. It was cool to see Denka’s device (an entire city with purple rain lasers) and everything. Also some more world building.

We know that Jimi Stonefree was hired to work for the live aid concert to get rid of the Earless while using the Gnome people as a sacrifice to get the Earless together. Jimi Stonefree didn’t agree and decided that living with the Earless was possible. Also, Mu might be his sister. I wonder why she didn’t remember everything. Oh well, I guess that means the journey of discovery continues. We walk into the Gnome village next episode, so some major things are going happen for sure aren’t they? This show may be too fast for its own good, but it’s doing a lot of things in a short time. That can be good or bad.

Another very simple episode, but one that is sharing some of the themes that have been developing over the course of the show. This week’s episode is on Maria Campbell and her developing friendship with Catarina. Yeah, the relationships tht develop in this episode and show are pretty simple but something tells me that is in line with visual novel relationships right? (I have no idea, so someone please correct me if I am wrong.) I guess that’s why I am not getting as much out of this series as everyone else? But yeah, Catarina took another relationship starting moment from a boy, Keith. Awww.

There is also a little bit of Keith and Catarina exploring farms and learning new techniques. Same with Catarina visiting Maria Campbell’s house out of nowhere. That’s where the theme of noble’s vs commoners showed up too and suggested that Maria must have been a noble or something because only nobles have magic right? All of that theme came together when Catarina and Keith visited their own house and Catarina’s mother has plenty of words for her. I think I see why the other Catarina turned out the way she did. Thank goodness for Bakarina. 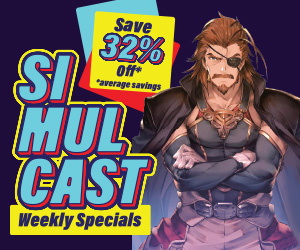