On this blog, I mainly talk about anime series that I’ve either just watched or rewatched after who knows how many years. You know, for pretty specific reasons. The main one is that I usually have a fresh mind on what I’ve watched and can easily write about them. I don’t want to just pull out series that I’ve watched a long time ago and just write posts about them out of nowhere besides capacities like this. That doesn’t seem pretty genuine to me. So that’s the idea of this new series. What if I talked a little bit about series that I like and haven’t watched in a while in a different capacity. Let’s see how this goes. Hopefully this is a little fun for someone. Probably all ten of you out there. I mean, there might be dozens of us who like Baccano.

This show is one of my favorite shows that I could just watch on a whim whenever I feel like it. I wasn’t completely sure about it at first, I got the DVD from Uwajimaya in Seattle a very long time ago, but I’ve watched it enough times over the years that it’s become like this for me. There is just something special about all of it that clicks. Immortality, 1930’s brooklyn gangsters, an untold amount of drama, comedic relief, multiple time lines, train heists, craziness, love, and bravery. Baccano has a lot of things in a one cour package and it works. It’s honestly astonishing how many powerful and overwhelming things happen in Baccano and yet it feels natural somehow. It all comes to how the anime is put together for better or for worse.

Baccano is one those anime that won’t click for everyone because of how it is put together structurally. Like, the first episode for example. It only makes complete sense after you’ve watched the entire anime itself. It’s that hard to swallow. Baccano is built like an investigator is putting together a story of how major events happened. That’s why some of the characters are newspaper investigators from the funnily named “Daily Days”. That’s a touch of Baccano for you if you need it. So yes, you will see the same scene in a different context from one episode to the next. That can be pretty annoying to some because you need to remember the details of what happened in one episode for it to show up in the next episode for it to work. It’s very unusual and experimental in that way and I think it works. Not many anime have done this besides Durarara. Even the way that anime is done is different because it’s not as tightly knitted together.

Baccano is also a big visual master piece too. It comes in a large variety of timelines, locations, and characters too. Like, there is a fight on top of a train in 1930’s America to a massive sailing ship from who knows when with tons of character to go with it. Somehow, the action scenes are varied and incredibly exciting to look at and watch. Even with some obvious CG short cuts, studio Brain’s Base worked hard on this anime in 2007. It’s wild and wacky, yet it’s got a lot of heart and grounded too. That’s kind of what the comedy relief characters do. Provide a heart and soul in a crazy machine that might explode whenever. Also one more thing before I’m done, watch the English dub. It’s good and the period accurate accents add so much to the anime that the good, subbed version couldn’t. It’s so much fun. 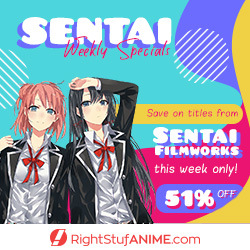