This week, I injected some anime that I was saving for my “2020 Summer Season” into my watchlist. Mainly because I thought that this season felt small considering I was only watching five shows. I have 7 shows now and that feels at least a little more normal to me.

Oh wow, this show just keeps giving me a lot to think about. Today, the mood changes when Akito and his small posse make a visit to the Sohma summer house. Everyone except Tohru and Kyo came to see Akito. You can see the cloud appear over their faces as they came to the truth of the fun of their trip being over and what Akito may or may not do to Tohru. What a huge ball of sadness and antagonism right there. No fun is allowed as long as Akito is here. Poor Kureno who is used by this guy and then tossed aside. DON’T YOU KNOW UOTANI IS WAITING FOR YOU?

Anyway, this show was a great look at how Tohru has nostalgia of ideas barely holding her together. She’s been breaking a lot recently and that watermelon game done wrong really shows that she wants to hold on and continue living. I’m glad that Kyo can see who she is and what is happening to her, yet love her and support her anyway. Yuki barely holding himself together after meeting with Akito and needing Tohru as a guiding light for him or starlight. I like both boys, but I am definitely leaning toward Kyo and Tohru being together in the end. Wonderful episode though. Well directed, well written, and well thought out in general.

Hmmm, an interesting tactical episode to be sure. One full of good, Khun plans and such. Khun knew that he and some others in his crew like Lauroe would pass no matter how badly they did against Quant. That’s why he put his time almost in a position to win, but betrayed them in the end to allow Team B to take out Quant on their own terms. Khun’s true team. The action and seeing what Khun planned in the long run is the most interesting part of the show. The administrators meeting was alright though. In the end, I didn’t really get much from Bam asking Endorsi questions about Rachel/Michelle Light. Maybe the point was Endorsi not saying anything about Rachel or Michelle. She defends Rachel’s wishes as long as she can. Very fun action episode with decent suspense and visual prowess.

Well, that was the wow episode I was waiting for. The series officially started 8-episodes in. First, we have the competition between the Russian Revue vs Flower Revue for Klara and then all hell broke loose. Leyla and Hatsuho have their dance off. Russian ballet vs Shinto Dancing and Leyla one. The next competition was a non-issue until the combat happened in the third part. There was some scenes of angels appearing in the opening, but the classic all hell broke loose in the final moments. The competition was rigged and in the end, Klara turned into her white angel winged form to combat Leyla’s black angel form after Sakura fell. All chaos broke loose.

This episode showed all capabilities that were in the hands of this production studio. Great character work, good dance movements and visuals, then the explosive mecha fight in the end with angel stuff. This show can be great when it wants to be and I hope this isn’t the magnum opus episode of this season and things continue. Maybe this show can recover if it just wins at everything forever like this one.

To go along with a great Sakura Wars episode, a great Listeners came with it too. Like that Mu who appeared last episode who I thought would be an evil clone sister of Mu. No, it was actually Mu. This episode how. After Echo and Mu were picked up by helicopter to go to Londinium. How did they know they were there? I do not know. Does not matter, onto Londinium and Mu getting caught into a play to summon her brother into this world. Yeah, we knew that bad things would happen. That and Echo’s relationship with Mu is put into question too. A very thoughtful episode. Then the chaos of episode 7 happens. Woo man.

This episode was rather good. It was a little too fast for sure, but it was well directed and well thought out for sure. It also made complete sense even though the result was obvious. Then again, the show knew that because we saw the ending already. The journey to how it ended was what were in for and it was interesting. Always, the ending was fantastic too. Visually great with mecha action, direction, and everything else.

I just don’t have much to say about this episode really. A small thing about Mary and Catarina were studying, the rest of the harem came along, some of them got trapped in a magical book of desires, and then we see harem routes in the book until they escape. That’s it. No funny Catarina dialogue or councils or anything. Yay spinning wheels the episode. The after ending credits sequence with Catarina and Alan climbing the tree barefoot and looking at the town just felt like an extension. Sigh. At least the dungeon episode was like Indiana Jones.

I wasn’t sure what to expect when starting this series, but a female Sousuke Sagara character holding a gun to a lonely and indulgent child star, Kanie wasn’t one of them. Especially one that wanted to take the guy on a date to a run-down amusement park for one reason or another. There was a lot of interesting comedy in this series and I like how it just comes across as matter of a fact. The castle to the Amagi Brilliant Park is now a lover’s hotel for instance and it’s just passed off as “this is normal now”. Same with the hidden magic in the run-down park on different rides or how some rides are more extreme and broken down then others.

Even down to the reveal of our female leader’s underwear where they didn’t show it, just had someone else comment on it and had her blush. A more interesting way to go about this then just do a panty short with a character moment. Her rigid façade was broken. It’s the humor that I kind of like with some questions that I have here and there. This is a story from the writer behind Full Metal Panic and I feel like the guy has some fetishes that make an appearance directly in this anime. Like, the lead lady, Sento, has magica guns and threatens the male lead to do things or else. She’s incredibly attractive and I hope she isn’t just a fanservice character and that changes a little bit or is given some character too. I find her very attractive too, so….

It’s obvious this park is going to be good for Kanie, but what about her? Some scenes like Sento being walked in on when changing clothes have me nervous. But for the most part, I like the premise of this show so far. The comedy, the cast of interesting characters to play with, and the goal of getting in as many people into this park as possible to a person who hasn’t run a theme park before. Seems like this is going to be a fun time. Some sexy times and fun times with cool things going on and everything. This series really is creative and has a lot of ideas going on here.

This show started pretty greatly! This episode was about Ange and trying to find out whether or not she is lying and it works for a spy episode. The story centering itself on Ange and Eric, a client who wants to go over a wall, was interesting. The resolution itself was pretty interesting because I am not completely sure Ange killed Eric after he betrayed her and them in general. The other cast members got enough time to have a presence and get some personality in even if they aren’t fleshed out yet. I’m kind of curious about seeing more of them too. Fun spy stuff, cool animation for actions and cg cars, and even a unique Yuki Kajiura soundtrack. What’s not to like? 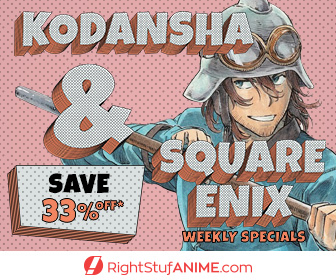