Ok, I may have chosen two good series that I am really struggling to hold myself from watching more of. Gah, this is hard. If multiple episodes of each of the non-seasonal shows I picked show up in this, you know I couldn’t hold myself back. This is the major viability test to see if this concept even works.

Another chess piece placing episode in Akito’s game vs Tohru. Because Akito apparently doesn’t see anyone changing at all or anyone supposedly weakening his way of life is bad. So yeah, he’s slowly isolating Tohru from the Sohma family and Kyo is next. Poor Tohru being in a game that she doesn’t understand. Yuki has suddenly gone into super creeper mode and asserting his dominance out of character which is what everyone notices AND Rin, the horse, showed up and almost killed Tohru. This show is really developing some scary moments. I thought this arc would be fun, but Shigure has changed this into a much longer lasting one. I’m honestly terrified to see what happens next.

This episode was built up out of all of the character moments and drama we’ve been waiting for since four weeks ago. Endorsi taking grand stage, the betrayals, the horrors, connections between people, and things like that. The first tag game went as planned for people while this second one has everyone turning on each other to get a spot to move on. That’s what happens when you have some sort of meta event going in the background to ruin the team work for everyone. This team was meant to fail in the first place and watching that happen was awesome and horrifying at the same time.

I think the relationship between Endorsi and Bam was the most interesting in this episode. Endorsi’s backstory and raising up to be a Princess of Jahad from poor to killing everyone to be rich to Bam’s naivety. Bam really is an interesting one to have characters bounce off, not interesting by himself so this was the best for him. Plus, Hoh and Bam’s moment of sadness with Hoh’s continual failures leading to him having Rachel at knife point. Plus, I love the way Endorsi completely embarrassed Quant in the end. A man holding panties (boy shorts) in the end while Endorsi had both badges. Plus, Bam instantly a technique is a very shonen hero thing.

Such great fun on top of dramatic moments. The fights were lacking a little bit, but the emotional and character drama pushed things through here. Moments like that are all over the place.

This episode, while not being as strong as episode 8, was a decent follow up to it with some stupid in it from the last few segments of the show and such. Today, we learn the basic elements of the backstory of this anime finally. The death of the Moscow Combat Revue and the history of Klara and Leyla. The combinations of demons and humans is the main theme here. A very light exploration of racism and monsters that were never explored.

Along with the nature of Hakushu’s orphanage being revealed. Half demon children are at it. A quite simple exploration of racism in this episode that remained unanswered for a lot of people, but the mecha fight at the end was great. Also, it is nice to see Sakura not caring about the demon and monsters Same with the explosive nature of Moscow’s ship firing lasers at the Flower Division. I mean holy crap. What a major cliff hanger of an episode with people’s lives on the line. A lot of good cg here.

A crazy episode full of things. I am not completely sure I got it all. I am not saying that in a bad way, just that this was the episode we needed for the finale to happen soon I suppose. Building tension and such. The lost nature of Mu is heavily prevalent here thanks to Mr. Tommy’s evil. Same with Echo and Nir meeting each other then being thrown in Jail then let out. Nir’s anger was justified. (Ok, Echo did have to make his own way, but ok.)

The ending moment when Mu was completely taken over and Echo was lost in a rail car was powerful. That final mecha battle in this episode was great too. Filled with tension and atmosphere. Those last few minutes were kind of soul crushing and everything. For a cg mecha fight, you can feel a lot of tension in it and everything. A little bit of a cluster of an episode for sure, but it did mean a lot.

Hmmm, an episode that is definitely an improvement from last weeks in a lot of ways. You know, besides the kind of waiting for something to happen still. But yeah, the girls got to have a sleep over while being watched over by Catarina’s maid Anne. In fact, she is the framing work of this episode which is an interesting choice. Provides a different way at looking for the episode and why Anne loves Catarina so much. Like, Catarina standing up for Anne’s right to not marry.

Of course, the sleep over itself was interesting. I wish that Catarina did choose one of her flashy forms of sleep wear to where at her event. I mean, it would suit her personality more then just being normal. The girl talk was interesting. Pretty standard though, but Mary not even being subtle about her crushing on Catarina gave us all something to think about. I guess we are not getting anything from Sophia besides that one episode and dream? This show doesn’t like it’s own ideas, does it?

In this episode, the stakes of the situation at heart is explained out and we see Seiya getting the motivation to become the acting manager of Amagi Brilliant Park. The park will close in three months if they don’t achieve 500,000 people in five years and the Amagi Development center will take over. Plus, Latifa will die. It’s interesting to see Seiya not want to do it, but gain some motivation after the people at the park differentiates. Plus, Seiya’s famous child actress thing is showing up again too because the guy with the weird set of glasses knows who he is. Uh oh.

He’s very Lelouch in how he got people to hate them in order to motivate them and such. I also like how Isuzu isn’t framed as being incompetent, just incapable of making any deals that don’t involved pointing a gun at someone. I mean, that’s what she has been doing for a while now.This one is just fun. Lelouch running a theme park is always something that I can just appreciate. Especially with how visually interesting it still is with Kyoto Animation’s direction and such. I miss how Kyoto Animation does things. It’s been too long for me.

Oh, a background episode, flash back, or just out of order episode this time, huh? This week, Ange shows up as a transfer student at Queen’s Wayfair School. She plays the role of the weak and stuttery person while holding spy business with her fellow (20-year-old) spy Dorothy. The target, of course, is a key and the princess at the school itself. A lot of interesting set up in this episode to the main event at the ball. An interesting amount of world set up before seeing it all play out.

A lot of interesting amount of politics at play here at the ball. It is also one of those classic sorts of spy situations with lots of complication things going on where normal people won’t see it. No large action pieces in this episode, just character movements, some cleverness, and some surprising reveals. The princess being in on the spy rig because of her own selfishness is the coolest thing ever. Especially her to get the spies to do what they want. Same with the small amount of tricks used to acquire the guy from over the wall’s key. Plus, the reveal that Princess Charlotte and Ange’s real names are switched is something else. Sounds very spy like to me. 🙂 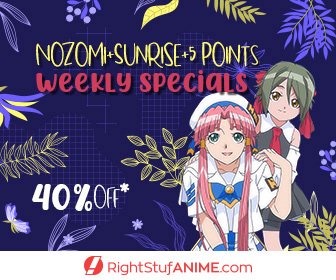