There are a lot of serious issues and protests going on in this country over Covid-19 and the racial injustices that have been barely under the skin of the United States since its inception. I have been donating and sharing what is going on as much as I could with people, I just haven’t said anything about it myself because I am a white male in the United States whose blood has all sorts of European background sources to it. I am a part of the privileged in this country who can do things without being questioned. Just know that I support Black Lives Matter. Every person, no matter who they are, deserves the same rights and privileges as the most privileged person in the world. Equal rights forever.

A Kyo centered episode that reaffirms what we know about Kyo’s life and how he blames himself for everything that has happened in his life. Like his mother’s suicide for instance. All of this happened while Akito pushed her influence on Kyo and tried to separate Tohru and Kyo just because Tohru exists. Akito really is the anti Tohru. Tohru, a flawed past thinker who accepts everyone, Honda. It’s nice to see Kyo wanting to protect Tohru never matter how much everyone can simply turn against her. Somehow, Kyo survived this encounter and wants to support Tohru with his life he has to. Even if he has to move away. Gee, I wonder who Tohru is going to end up with. Don’t shut yourself away, Kyo. Please.

Yuki, on the other hand, feels so different since being in Akito’s presence. It’s almost like he is an Akito mirror and acts the same way he does towards people that Akito would towards other people. He even has that Akito smugness towards him that he wouldn’t have anywhere else. Yuki just falls into the person that he used to be so easily and I feel like he’s going to be some traumatized once he returns to Shigure’s house. I’m calling it now. Not an overly impressive episode because it pushes in things, we already know about Kyo and puts them in the front, but an episode that needed to happen in order to get Kyo and Tohru’s relationship somewhere different. Same with Yuki in some ways because he has to break out of the normal mode that he usually is in. Wonderful times ahead for sure…

You know, unless I am taking Yuki’s personality and self-assurance here as something else. Maybe this is just Yuki coming into his own. It’s a possibly, but I am unsure without how this show is moving along with his story and arc. I’m just saying that it’s really odd that he suddenly acts calm, smug, and self-assured in a way that stresses everyone out or was unusual. Mostly because Yuki is far from being self-assured in anyway until this point. That is his arc with Tohru after all. There is just something off here is what I am saying.

Hmmm, I liked last week’s episode quite a bit more. I don’t mind this show having a fast pace and going through it. I just don’t feel like grieving over the lost people like Hoh like everyone else at his funeral (though the shot was cool.) Same with not feeling much about Rachel never being able to walk again due to the injury from Hoh himself. I know that these things for our characters, but Rachel and Hoh were outsiders to this group that was quickly established so we didn’t get much from them. Seeing all of this as a result of Khun’s plan was great though.

Rachel wanting to hide herself other than just getting away from the insistent Bam. Ok, but was a tower that can only test you to death be the only way out? I suppose that might be the only case for them. But in general, the second half of this episode was pretty cool. The set up for steeling Jahad’s weaponry back from Anak with different snakes and such. Same with the Administrator’s test for Rachel’s continual travel through the tower. OOOH, so mysterious. Two mysteries at once.

I am enjoying this show quite a bit, but strong characters this show doesn’t have. Well, for the most part. Khun, Endorsi, and Anaak are the most characterized people in the show which is why I remember them more than most. Still, this is a fun show that shows how a solidly written shonen action series can work out. It’s not breaking down any barriers or traveling down lanes that haven’t been traveled before. Just a fan’s recreation of all of those favorite things and nothing is wrong with that.

The stakes are certainly building up here for sure. Now that the fake, Moscow Combat Revue has Klara and a room that looks like her and Leyla’s childhood home but without the mom figure, it’s nothing. But anyway, Klara is quickly taken away to power a super powered laser that replaces nukes in this world. Yay demon energy? Of course, after Kaminsky’s threat to the entire world, the flower Division just dive right into Moscow’s ship with their Koubus.

Sakura’s mecha is still broken, so she gets to use an older model until the newer, experimental unit that increases the stakes shows up to own the floor. (Plus, Sakura reminds Sumire of her Sakura from back in the day here.) They are here to save Klara and the world no matter the costs. A good episode with a lot of cool things going on. A lot of uh oh and craziness with some interesting things going on. Can’t wait to see how this series ends in a way I expect. I’m having fun now.

Spoilers, this was one of those dream sorts of episodes where a character examines their failures and troubles mentally, then goes out to do something heroic. We also learn some more backstory on Jimmy Stonefree and Mu. Mu used to be an Earless and is now a player. But in general, the episode itself was set at a farm where Echo learning the process of farming and lived with an oldman and Jimi Stonefree’s actual sister Janis. We see that on a grave stone before Echo leaves the imaginary farm land forever.

After finding memories in the shape of records a while later (of course) and being tested, Echo decides that it’s time for him to go back and face Mu once again. In the meantime, Mu decides to destroy the world in 7 days because she is king of the earless. I kind of cheered watching Tommy die because he’s such a beatles looking jerk. Fun times. I liked this episode a lot. I am still not sure if this show is good, but I am enjoying the ride.

Yawn. I’m sorry, that was just pretty boring. I don’t think I can take this show trying to be serious…seriously. I do get the opening moment of this episode where Catarina is questioned for the bullying,she committed in another time line by the people who actually bullied Maria then getting saved by her harem for the stupid crimes which weren’t real. At the same time, the rest of the episode was certainly a thing that happened.

Oh, she just remembered who was a part of the secret route with darkness magic, huh? I suppose that Catarina and who she was before she isekai-ed over to Fortune Lovers weren’t that smart and her harem defended her by mentioning how dumb Catarina is. At the same time, random flashbacks to events we haven’t seen kind of annoy me. It doesn’t help that I was staring at my wrist where I used to have a watch before it died recently.

Character wise, players wouldn’t know who the master of dark magic was. Player wise, Catarina should have guessed who it was way earlier. It’s just one of those points I’m still arguing in my head about whether this was a good point or not because she has been shown to be, yet again, stupid. Regardless, this episode was still pretty boring still and it just didn’t work for me at all.

So, this was the supposed fan service episode huh? It wasn’t that bad. Just some girls (Sento, Latifah, and the others) in swim suits being filmed to advertise the park itself where they are selling tickets and everything for 30 yen each plus lengthen park hours and such. (All things that are interesting and show Seiya has been researching about the park and its history. Shows how much he does care.) It’s honestly amazing how self-aware that this anime is in doing what it’s doing. Seiya had so much more love and affection for himself when he looked at himself in the mirror. Hmmm, just a very passive Sento episode this week without only mentioning how memory erasing bullets aren’t easy to make and can’t be used as often.

Of course, the funny part in this episode was all around Moofu. He’s been punching guests again resulting in him almost being fired and everything else. Somehow, the cell phone footage that was used to advertise the impact and fighting in a good way. Something Moofu was assured about at first because that video was of him, but then Seiya revealed his plan on how he posted the video himselft and in an unofficial way to advertise the swimsuit video in kind. So very Lelouch like in how he planned everything out. His showing of dedication to the job at hand. Yet another fantastic episode.

After a few episodes and talk about the wall, it’s nice to see the eason why all the spying is going on in the first place. The Kingdom of Albion taking over the world with the use of a mysterious substance called Cavorite, the normal citizens rebelling and forming the common wealth. Ah, that’s some good drama right there. Makes sense why there is a wall now. Also, why Ange was supposed to replace Princess. (Plus, Ange wanting to run away with Princess was so adorable, but I love the steadfastness the Princess had to rule the world and unite both sides is good.)

Good Ange and Beatrice episode this week. Plus, all that spy work on a giant, flying ship to find plates, Beatrice and Ange finding a union together after spying around and stuff. An injured Ange showing up dedicated she is to the Princess when making sure at least Beatrice will be safe and keep the princess from being discovered. Beatrice’s electronic voice which conveniently was showed off early really helped keep the two alive. Oh, and Dorothy is the Q of this spy group? That’s awesome. At this moment, I don’t think Princess Principal can do anything wrong for me. 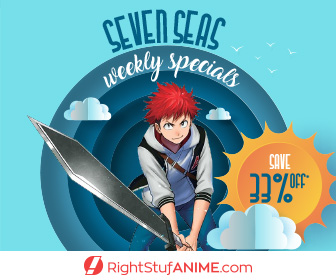