It’s hard to find new, original space opera anime these days. I don’t think they were ever that popular in anime or in general to create. I mean, who wants to create their own space opera series with all sorts of planets, species, things to explore, objects and concepts to fight about, and all sorts of space ships designs. Think of the time it takes to do that. The two that we’ve had recently which aren’t gundam are reboots of Legend of the Galactic Heroes and Space Battleship Yamato. Properties that already existed in anime and written material before there reboots even happened. Space operas are hard to write is what I am saying. Not many people are dedicated to making one work.

That is something that makes Heroic Age special. It is a mostly, completely original space opera not attached to any larger name or franchise. It was a highly ambitious project that I’m amazed exists. It is also very greek mythological in some ways because the main ship is called The Argonaut. I mean, The Argonaut going on a journey is a major thing here. So original, but not at the same time like most things. The species of aliens that appear in this show are named after different levels of metal. Like, the humans are called the Iron Tribe. Heroic Age starts by the ancient and powerful, Golden Tribe sending signals through the universe and see who responds and species answering them are ranked on a lower and lower level afterwards.

The plot of Heroic Age is what happens after the three species: the silver psychic humans, the bronze insect tribes, and the iron human people, answer that call and achieve space travel when the Gold Tribe disappears. So essentially, the show is a power vacuum scenario with the elitist silver tribe and the insect bronze tribe trying to exterminate humanity because they want to be at top. Supposedly because they will fight each other afterwards. A war of survival with only one savior open to humanity. Age, a Nodos or god of destruction that has the power to check humanities ideals and defend them. Let’s just say that he’s an organic mecha. The silver tribe has a larger number of them that age has to fight against. Once again, more chaos.

Oh btw, Heroic Age is also a mecha series. While the humans mecha are decent when fighting against enemy ships for the most part. They are very much in that realm of real robots and don’t go beyond that besides the psychic abilities of people that are piloting them. Otherwise, the super robot stuff lays in the Nodos fighting each other in space. Sometimes they do that for episodes after episodes with their super crazy powers and abilities. It can be a little tiring because you have these shonen action scenes just lasting forever in the middle of a space opera. They are visual spectacle fights until they go on too long and it’s Oh, they are doing that again? One thing I do have to mention though, the faster than light travel. How the Argonaut sets up and uses Starways are beautiful sights. Those and the huge space fleet battles are absolutely worth watching Heroic Age for. I’m not kidding, there was a lot of effort put into the ship designs and fights.

Heroic Age isn’t the best space opera anime out there, but it is one that created one without any source material or attached to any franchises, so it should be watched and respected because of that. I don’t think the merging of the real robot and super robot tones in the show work as well as the creators wanted it to, because they are firmly delineated from each other and the show has enough going on already. Still, the simplistic story with simple characters has led to all sorts of cool moments and scenes you can’t get in a lot of other places. Through visual spectacle or otherwise really good and genuine character moments that you would expect. A piece of ambitious space opera and mecha anime that not enough people talk about. I see why, but give it a chance. It might surprise you.

Thank you for watching another edition of shows that I haven’t watched for a while, but can’t help but recommend anyway. Or Anime I Like, But Haven’t Talked About Yet. I should probably stick to my title for this, shouldn’t I? This project seems to be pretty successful so far, so I will keep cranking this out here and there. For the future though, please look at my anilist profile here to see what may or may not be next. Actually, any suggestions? 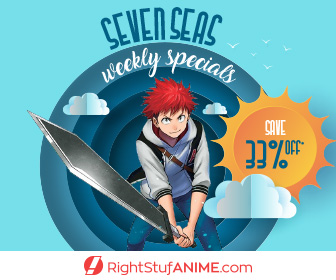