So, this post is a little bit of a borrowed idea from Lita’s post from Mecha March and a story/concept idea that has been kicking around in my head for a while. I’m not pitching an anime here with a studio that I would want to produce it; I just want to share an idea I have and am thinking about writing still. Yeah, I seem to have a creative mind that can think of interesting ideas and stories sometimes. I just don’t know how to execute them that well afterwards. The small amount of creative writing challenges we’ve had around this blogosphere haven’t really helped with that considering the word limits attached to them. Hooray for fun exercises of the mind I suppose that show you that you can do it.

The concept I’m going with is an attempt at real robot/hard science while allowing some soft science/super robot bits of technology here and there so the concept can actually function. Somewhat classic science fiction that way. With the technology and industry, we have right now, my idea is not plausible at all. At the same time, we don’t know about the future. What I am doing is what other classic science fiction writers have done and making a conjecture into what I think the world of the future can do and be, hopefully, and most likely be wrong. Doing this with some positivity though. Good thing I won’t be alive in five hundred years to be proven completely wrong.

Just like Lita, I was heavily influenced by Space Battleship Yamato as well. Same with Macross, Knights of Sidonia, Heroic Age, Crest of the Stars, and whatever other space opera anime are out there. Spoilers, there are a lot of space opera like stories and anime series but not all of them are fully exploratory and massive. Some of them are just for fun. The thing about most of these series are that the main ship in question is usually cut off from the rest of the universe or fleet in general for one reason or another. Then a major incident happens. I wanted to do that but also give the access to support as well.

My series would take place maybe five hundred years in the future. The Earth is in danger of being over crowded in 100 years or so, but somehow relatively peaceful in what it wants to do. You know, for the most part. The Earth Grand Council (think of like the U.N. where nations of the world join together and vote, but more world government like) decided to dismiss their space colony plan and instead look for places out in the stars to expand human civilization. Nations don’t exist as much in this world because the economy and government is global. But In the EGC, the Earth is split into vague regions that are represented by at least 50 people or so to make sure everyone gets their opinion out there. Oh, and the people are A.I. so they can’t be completely corrupted.

So yes, colonization and possible terraforming of planet’s scientists have been finding that might be habitable for human life for hundreds of years through high powered telescopes. This is something we have been doing for a long time and looking at stars and planets of who knows how long ago into the past. The main mission of this exploration is seeing if those regions of space are still viable to live in or are still there due to how long it take light to get to the Earth. Mars may have been colonized and terraformed at this point for human survival, but it isn’t enough to maintain the growth of the human population because it keeps happening.

The idea behind this story is we follow one of the larger ships in a fleet sent out to explore the galaxy from coordinates provided from scientists from ages ago. Each fleet is sent to a general location and direction in a galaxy to explore a general piece of the galaxy. Each ship goes on their own journey around an area or solar system while others are at least close enough to jump in at a moment’s notice. The universe is too dangerous to fly in your somewhat large ship by itself only, so having others close at hand would be good in case danger happens.

I haven’t thought of the name of the main ship we would follow or even members of the crew themselves, but the general idea of this story and crew are supposed to be very Star Trek TNG in nature. Or should I just say, Enterprise D crew like in nature. Members of the ship are given specific naval like ranks with thoughtful intelligent leaders to follow and each crew member has their own lives that play into the many elements and side plots driving the characters forward more. At least, that is the idea for the crews themselves. I’m sure there might be some crazy maker captains and crews.

Also, like Star Trek, the mission is meant to be a peaceful one. The adventures from place to place would be whatever shows up from place to place. There could be nothing in outer space for our human fleets to meet, but that would be completely boring. One of my favorite aspects of science fiction itself is the unknown. What is out there? Are there smaller civilizations out there we haven’t encountered yet? Is there an alien race at the same technological level and wants to be friends with us or fight us? Who knows? I haven’t thought out the particulars of any of this yet. This is all concept stuff and brain storming.

As you noticed, I haven’t mentioned Mecha yet and yeah, it’s about time to do that. Except, you will be disappointed by this too. Mecha craft will be like mining vessels for resources, but can also be the heavy-duty action units to deal with threats with harder metal surfaces and materials on space craft if they are needed. Mining Lasers are no joke after all. In general, the ship will have a decent compliment of shuttle like craft because instantaneous transporters do not exist. That’s how people will land on planets. This is still a peaceful mission, but space fighters exist in this universe too. Each exploration ship will have a decent amount of them if they are needed. Otherwise, the pilots spend more time on simulators and training flights before handling real threats.

The FTL is where everything goes towards much more iffy science. You know, like usual in these sort of series? Humanity has ran large scale tests on their new discovered Faster Then Light Travel and Faster Then Light Communication. All of this is thanks to the discovery of new, artificial elements that scientists have been able to use and create for their own purposes. Mainly wormholes transporting objects or signals to another, alternate plane, is how FTL works here. Basically, I’m thinking of borrowing Babylon 5’s jump gate technology and then pushing the concept a little bit further.

The idea that I have for the ships. Since this is space and ships can be decently huge. Like, you can put entire states worth of people in them. Millions of people in size. I also have the idea of giving them two cores for different reasons. The primary core will be for giving the ship power and activating FTL travel while the secondary core will be for FTL communication. So yes, this is where more Sci Fi BS comes into play. While the FTL system can send a beacon on a ship is in the alternate plan and some advance math and calculations can be used for find actual locations of the ships, true instantaneous travel can only allow communication signals to reach other ships using the math from the FTL system and locations through tiny wormholes instantly. That’s the only way instant communication can happen.

Also, If a ship called for help like this, eventually every ship in the universe can get to you eventually. Possibly. Some can come in a matter of minutes, others will appear in a matter of days. In that way, it’s comforting for sci fi ships to always have help in a moment’s notice whenever wherever. I also am thinking about how in a major crisis where the first core is shut down for some reason, the secondary one can be used to power the ship until the primary one gets on line again. That’s a problem a lot of science fiction series have with singular cores. Otherwise, the ship would be mostly stranded besides basic FTL travel back to Earth or the last coordinates ships in the fleet knew they were. Or in reverse.

So basically, this is all the main concept of the story and technology involved. I haven’t fleshed out a lot of the elements and other parts yet and I am not sure I will. The problem being that it’s a huge concept involving tons of characters, ideas, ship thoughts, possible alien ideas, and so many other things like that. You can’t just fly by the seat of your pants with these sorts of things. This is a concept story that needs a lot more meticulous thought. Going to have to try and do that during some free time.

Still, this is a glimpse to how my mind works when constructing things like this. Yay concept check. Looking at larger ideas and fleshing this out a little more will probably be a lot of fun. I just need more time in my life in order to do just that. Anyone have a hyperbolic time chamber handy? 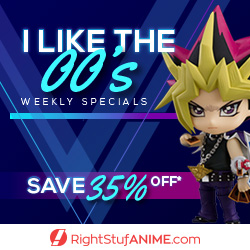