Do you ever get in one of those modes where you write so much negative things that you have to write something positive? That’s me recently. I don’t like writing negative things, yet I find myself writing at least 5 negative like posts in a row. It’s been really getting to me and shaking up my mood because it’s not something I like doing at all. So this post is a little shake up. SJ+ released the first 12 chapters of Blue Flag on there service and I really enjoyed it. Much more then I was expecting.

Blue Flag is simply a romance manga written by the same Kaito behind Cross Manage. It’s the third year and Taichi Ichinoze gets roped into Futaba Kuze’s attempt at during Taichi’s childhood friend Toma Mita. I think Toma has ambitions towards dating Taichi? You know, the most popular person in school? Of course Taichi starts falling for Futaba while helping Futaba with schemes that work but yet don’t at the same time. Then there is Masumi who adds some more complicated things into the mix with her own feelings towards Futaba. It’s all really cute.

I’m not usually one for straight romance titles, but here is the thing. I do. There is just something about how this is written that just appeals to me. The character relationships somehow feel completely natural and everyone feels like a person. They have there interests outside of just romance that makes them feel complete and the relationships themselves feel believable. The tension added to third year of high school places into it, the way characters talk feels real, and it just clicks, clicks, clicks.

My secondary reason why this manga works for me might involve having Taichi as the central point of view character. Not a protagonist, because it’s not completely his story. He’s emotional, thoughtful, meaningful, and just has of personality that carries the weight of the situation with him. Even if he think’s Futaba’s advances towards Toma are not going to happen, he does it anyway despite his own feelings towards her. He may not have been in touch with Toma for a while, but he cares for Toma’s future. He’s just a good guy that cares for people and carries the non-cynical tone with him.

I really like how the manga is drawn panel wise. There is a lot of white space which draws your eyes to the major things on screen without having to fill the screen for one reason or another. I also really like the character designs because you can get a feeling for each person is just by looking at them. Toma’s design carries that popular but very soulful personality to him, Taichi’s character design works with whatever facial expression he has on his face and looks different through his short statue, and Futaba is such a soft, soulful girl who needs help.

I don’t read the whole thing yet, so I can’t call this a review, but I may need to search for more of this manga on my own before SJ posts more of it on it’s app. No rating yet though, because how much I’ve read is very incomplete. There is a warmness to this manga that draws me to it. These characters are nice, non cynical characters that are just making the best of their last year of high school. What’s not to like? 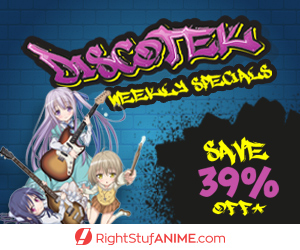