This arc was a little shorter in length, scope, content then the Alabasta arc. That doesn’t mean that the arc itself is short or without any sort of large identity of its own. Oh no, this arc felt like something that would be in a pirate story. Pirates going on a quest to a strange place to search for gold. At first, it seems like we won’t have to deal with a complicated situation where the government was usurped or some elements of economics and such. Even when that happens, it fits with the kind of story we are in for. It fits the fantastic environment of an island in the sky. Plus, the Straw Hats had some time to be themselves in the middle of the conflict. That happened in Alabasta, but there were other big things happening too.

I should mention some thoughts I have from colonization on this series too. Or should I say, not really liking colonization and imperialism at all. It presents Oda’s more idolized point of view of how these situations should happened with the force he created to solve these problems. That force being the Straw Hat Pirates. I mean, the navy are the bad guys after all. So are some of the pirates. There is a flashback where colonization from a visiting force doesn’t happen that sets the stage for this saga and the invaded force that has been holding the Shandarians hostage for six years. That’s the story short detail for people not as initiated into the story. Time to dig into the this with a little more detail.

I do have to admit that the flashback made me a little more uncomfortable because it felt a little too similar to what happened in terms of actual history with European Colonialization. Just glad it didn’t happen.

Now to explore everything with more detail.

I enjoyed the almost every single part of this arc. Why? Because it really was classic pirate treasure hunting sort of set up with more One Piece goofiness. After the living the nation of Alabasta barely alive with a heavily damaged Merry Go, suddenly a ship falls out of the sky and almost hits them. At the same time as this, Nami’s Log Pose is pointed directly towards the sky for one reason or another and it won’t stop doing that. This is where Nico Robin, the archaeologist, tells them that it’s been captured by the Sky Island, Skypiea. Of course, Luffy and the straw hats want to go to for gold.

That doesn’t happen so instantly though. They first use the air suits they have to investigate the fallen ship for clues, get caught up with some other pirate group led by Masira doing the same thing with a larger ship. The two groups fight until a giant turtle out of the sea scares off both of this. I just love all of this so much. Pirates fighting over treasure against each other.

Of course, this is just something that continues in the town called Mock Town. A haven for pirates wandering the Grand Line. Somehow there is a town that exists and not just a bunch of tents or so. The Straw Hats do get made fun of for their ambitions to visit an island in the sky which a group of people were made fun of and how the crew itself refused to fight back when Nami told all of them not too. I suppose that is to share the difference between the standard pirates and the Straw Hats. I mean, they are different from the usual, greedy pirates anyway but this just cements it. (Blackbeard also made an appearance with coincides with Ace chasing after him.)

The story really happens as you would expect here of course. The Straw Hats visit the decedents of the guy who everyone was thinking was lying. The guy was Noland and he saw a city in the sky 400 years ago. His descendants prepare the Merry Go for the knock up stream while Luffy beats up the main pirate who made fun of him (Bellamy), and the adventure happens when the ship goes up into the island in the sky. I do question how Noland’s descendants just knew how to fix a ship to go on into the air in the first place, but what can you do? It needed to happen for the true adventure to start.

The opening part of this arc was pretty interesting. A new environment, the Straw Hats were shown they weren’t as powerful up in the white sea as strong as they were in the ground below them. They were saved by an older man called the Sky Knight on a polka dotted horse, the Straw Hats don’t pay the unknown toll to visit Heaven’s Gate itself, are introduced to technology they don’t understand through dials, have a meeting with Conis who explains the dial technology and allows Nami to have fun with a not jet ski, and all sorts of interesting things. I really liked Skypiea because it did feel unique from all the cities and towns are different here.

What kind of lost me for a little bit was what happened after the Straw Hats and their ship were captured by the police and taken to an area where the Straw Hats needed to play in a survival game to live by the priests. I did understand some of what was going on with the explanation of Eneru’s take over, the Straw Hats taking part in the game for their own reasons and/or gold, but all of that was muddled out by fights that I am not sure really mattered. Conis’ betrayal and then helping the Straw Hats wasn’t as interesting either, but I do really like Conis. Nami is really starting to build up some girlfriends in different areas.

It took towards the end of the battles for it to click together for me. You know, right before the flash back that I already mentioned happening 400 years ago happened. Maybe because that the obvious chaotic nature of the death battle lessened and we could see things from it. Robin’s love for archeology made a huge appearance, Nami working for a bad guy again until Luffy showed up was a great way to show that she still had doubts in dangerous situations, Chopper’s innocence and “I am an actual pirate now”, and the god of Skypiea, Eneru, showing up himself to in act his own plan of his own designated Skypiea. Ok, here is the classic bad guy stuff you would expect in this kind of story. The death game, however, was a little too much.

I am just saying that this arc was a little too much in terms of what was thrown on panels until it wasn’t for me. One Piece does play around with its panels in a lot of good and experimental ways, but jumping from one fight to another in a space of a couple pages is a little too much for my small brain handle from time to time honestly. I was pulled out of the experience for a little bit because I didn’t believe the stakes we were given at that point. The battle of lightning god vs rubber man Luffy was pretty great because Eneru got pretty creative with his lightning abilities other than just shooting it everywhere. It was just a good, long fight scene. I wonder if these thoughts are at all creative? Probably not.

I also appreciate the Straw Hats being called into question by the Sky Night and former god for not even trying to understand the religion and cultural aspects of the Shandorian people. They just wanted the gold and to ring symbolic golden bell that means everything to everyone on that island. I’m not sure if everyone got it to the level while the Straw Hats were enjoying their time in the woods before the fighting and action the next day. It’s nice seeing the Straw Hats enjoying each other’s company and then the reality of the situation being thrown at them. Even if they didn’t believe it because some of the Straw Hats are who they are and are very childish. Oh well.

Just know that I did end up liking Skypiea even if it’s a little lower then Alabasta on my very short list right now.

One thing I still have to question is how long can Luffy and the Straw Hats barely win a fight before they can’t win a fight at all? Is that what is coming next? Luffy had to fight Crocodile three times in Alabasta to finally defeat him, he did the same to Eneru, and I have a feeling that this can’t go on for much longer. The poor guy needs a massive power up/grow up at some point. This is a shonen series and I am kind of amazed by how much he’s grown and not grown at the same time. His crew really likes him though Robin only sees him as interesting at the moment. She did stowe away, so that makes sense.

More character things: The warrior council with some figures that we know and others that we see for the first time (White Beard, Doflamingo) inserted into a natural point was interesting and expanded the world a little more. I liked how Gold D. Rodger made it to Skypiea apparently awesome. Oh, Usopp’s continued attachment to the Merry Go while it continually gets damaged is noteworthy here. I’m sure each one of these things will mean something later on. I just wanted to mention them on some level here. Fun times ahead.

Now it’s onward to Water 7. I’m sorry about the lack of screen caps, but it’s a little bit of a hassle putting them on a blog post. At least for now. I need to find a better way of getting them from my phone, organizing them, and then putting them on a post. At the moment, it’s a pain in the neck to do. 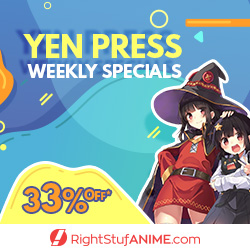