When I originally was thinking about doing this, I didn’t want to create yet another list of shows from the 2010’s that people loved. All for a wide variety of reasons. That’s just the more complex way to say laziness. The hard work of creating a delineated and numbered list out of shows that I’ve enjoyed is very hard. I mean in what that I will have to explore and judge all the series that I like inch by inch, millimeter by millimeter to figure out how one is slightly better than the other. Nuh uh, that’s too much work.

Yes, it took me through half of 2020 to even decide on how I was going to tackle this sort of listing in a way that I can celebrate the 2010’s in terms of content. Honestly, I am more ok with that. I don’t want to feel rushed or forced into doing projects just because the decade was ending. It’s either I do things my own way on my blog or it doesn’t happen. So, in an attempt to create something that is a celebration of the 2010’s, here we are. Time for some rules, I think.

-This is my list, but feel free to suggest who you think fits into this list in the comments.
-This is for fun, not for judging super harshly.
-This list isn’t ranked at all because that’s too hard for me. I don’t even have a top 50 anime list and I am not sure I will ever be able to make one.
-Let’s celebrate the before times.

The 2010’s was a year for a lot of things. One of them was either famous creators making more things that are iconic in their own right OR creators finding their own voice in the anime production community and becoming famous by producing more and more good series as time goes on. To celebrate the creators that spoke out to me, lets jump in.

It’s to say anything about the 2010’s without mentioning Masaki Yuasa’s work going from cult fan status to some kind of hit. In my eyes, a lot of his works bring something unique to the table no matter what the project is. He just has a unique art style and storytelling style with his visual direction. A lot of his stories have messages and characteristics provided by his expressive visuals. Not everyone will enjoy his art and animation style, but I do and that’s what matters. It also helps that Masaki Yuasa just carries his voice over everything he works on.

And here we are with yet another creator that became famous in the 2010’s. There would be no 2010’s without Madoka Magica and there would be no Madoka Magica without Gen Urobuchi. Though, that’s not the only great thing he’s worked on. Gen Urobuchi became a smash hit writer and director in the early 2010’s with fantastic works like Fate/Zero and Psycho Pass as well. He was used for a lot of works to sell shows until he broke away and told his own style and his own way. Watch Thunderbolt Fantasy.

I will admit that Shinichiro Watanabe is a famous voice ever since Cowboy Bebop came into existence and I will dare say even before that with other works. Still, that didn’t stop him from creating the things he wanted to create. The 2010’s would be completely boring without Shinichiro Watanabe using his fame and influence to create ambitious projects, big and small, the way he wants to make them. He is one of a few rare voices in the anime community that wants to keep inventing things and I think we should let him do it.

While Kunihiko Ikuhara is famous for working on Sailor Moon, an influence for Anno to create Kaworu, and Revolutionary Girl Utena. As with Watanabe, Ikuhara hasn’t stopped making works either. He has created series that explore different ways and methods on how people communicate with each other in various different situations and scenarios. Also, the exploration of sexuality having an even larger prominent voice in them as well. I hope that studios keep giving Ikuhara a voice as long as he is alive.

I feel like I may have missed out on a lot of people who have produced as much as a loud thump into the anime industry with their own voice, so I will set this part right here in order to celebrate that they created something and continued creating something through their actions and words in hopefully positive ways. If you know anyone I’ve skipped out on, please leave a comment down below and share with the world. My brain sucks sometimes and it plays with some favoritism here and there.

The 2010’s was a place where a lot of franchises were either revitalized, maintained their importance, were found again, found a way to get big, or just enjoyed being good and longer in length then other shows. All of those make a massive statement in a sea of where anime is watched seasonally and usually comes in one cour increments and never commented on again.

I have to mention here that I won’t get to every show or that I have liked everything that appeared. Sword Art Online has a massive presence and prominent appearance in the 2010’s for a lot of reasons, but I’m not a fan of the show itself. I at least want to mention it here for all those fans out there who might ask where it is. I’m sure there are plenty of others that I will miss. Please leave a comment.

Do I even need to say about this one? It entered the scene in 2013 with an explosion. An explosion as large as the colossal titan breaking down a wall. It was everywhere in the community from 2013 and beyond. The tale of angry guy and his friends against massive naked creatures called titans in this unique environment was simple, but compelling. This show did drift away from it’s popularity in years afterwards, but with season 2 and the multiple part season 3, the show came back and said “I have something to say still”. Season 4 is airing soon to bring it all to a conclusion and I’m so ready. You know, despite some controversies behind it. I would like to see the whole thing together before calling out controversies.

Putting this here might be a bit of stretch, but the fact that this show centered on a tomboy and her friends playing professional leveled matched card games made from Japanese poems has 74 episodes into it says something. There is something special about this series, manga or otherwise, that is worth mentioning, loving, and celebrating. It’s my favorite sports series and I don’t think that will change for a long while.

This one is a bit of a cult hit, but it has 6 one cour seasons and a movie. I think there is enough here to say that this show has made its way into people’s hearts and is a bit of a silent hit. The sentimentality and thoughtfulness from this one boy’s journey with yokai of various types and the troubles they caused him throughout his life is a master piece of untold levels. So yes, maybe not everyone has heard of Natsume’s Book of Friends yet. I would dare say that you should fix that. I’m sure Irina agrees with me.

Speaking of things that Irina agrees about, I feel like Haikyuu deserves a place here. Sports anime in general had a massive presence and resurgence in the 2010’s, but Haikyuu is one of a few shows that stands out from that crowd. The tale of a short, red haired boy and a talented angry boy meeting each other and their thousands of friends is a tale that deserves to be talked about and mentioned for a long. I think this is either my second or third favorite sports series in the form of anime or manga ever.

I don’t feel like I have to say too much about this because My Hero Academia is huge. Just a green haired boy who doesn’t know how to control his strength working on becoming the best hero ever alongside his many friends is pretty well known now. It was interesting watch the luke warm reception hit in season one and then blow up out of popularity in the second season. I do think this show has some dips in quality from it’s length over the half decade it’s been apart of the fandom, but it’s made a huge splash for sure. Very important for revitalizing Shonen series.

Gundam has never been an unknown quantity considering how long it’s been around, but it has fallen quite a bit in mid 2000’s onward. Sunrise apparently took notice of this fact and attacked with a strong plan. The first part came from Gundam Unicorn in 2010 which ended up in a lot of different Universal Century adaptions in different ways. The Build series came out too and that’s provided some unique and mostly good, except one bad, take on the Gundam series for multiple audiences. There have been AU Gundam series too, but I feel like they haven’t hit as hard.

The series started with a visual novel and then the Studio Deen Fate/Stay Night in the mid 2000’s. Of course, not as much fandom and love came from that adaptation. As I already stated, Fate/Zero appeared in the early 2010’s and it blew many people’s minds. I was one of them. After that came all sorts of anime adaptations of Fate works all the way to the Heaven’s Feel movies which should have a finale this year. Plus, Fate/Grand Order is a massive mobile game that rakes in billions. I don’t think this franchise is going anywhere for a long time.

Yeah, this show with a lot of people with strange powers fighting other people with strange powers came completely out of nowhere too. I feel like this old shonen manga got an adaptation completely out of nowhere and it just connected with weird people and people who enjoy and create memes. Possibly the same people. After five parts got adaptations, I can easily say that this is a franchise that people want to see more of and I am one of them. It helps that these adaptations are a product of love as well. I can’t wait for a Part 6 series if we do get it.

Really digging a little bit for this one, but based on what I’ve heard from different podcasts, Lupin the Third was on life support until the 2010’s. That’s when everything changed when Saayo Yamamoto came out and shook the foundations of the Lupin world with A Woman Called Fujiko Mine. Like wow, man? After that, we got Lupin the Third Part 4, Part 5, and various other Lupin films of different quality. Still, the resurgence is here and I can’t wait for more.

Welcome to the conclusion of Part 1. I’m aiming for two, but I’ll see how long I can keep this goodness train going on here. There might be a secret and mysterious third part. Probably not though. The next part will concrete on general smaller series in a very unranked way. 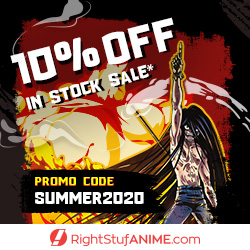