Ok, this post is going to be interesting considering that I am watching both seasonal and non-seasonal shows like seasonal shows at the same time. You know, because of that COVID thing that apparently went away and is now back. Next season is going to be like this probably. I’ll play that by ear because there are some shows that I know coming out in October that I’ve been wanting to come out for a while. This COVID Business is no fun at all, but I hope this all means that production crews can work at home with little problem.

The two series that I am leaving out of these reports are Princess Principal and Amagi Brilliant Park. I started then halfway the season in the spring, so I put them in an awkward position. Woops. Just know that I really, really liked Princess Principal and generally thought Amagi Brilliant Park was good and a lot of fun. I am planning on writing reviews on both shows in the future as payment for this awkwardness. For everything else, all shows are free game in ranking as far as I am concerned. There is some very fun old shows and newer shows to enjoy on this list that I hope to talk to you guys about.

A Handy Guide for how I feel about shows:
Solid: Seasonal Favorites, Highly Recommend.
Good: Maybe not as high quality as the first category, but still pretty enjoyable.
Ok: What it says on the tin. Maybe preferable for those who are into the genre the show is from.
Bad: I’m not even sure why I am still watching it besides maybe learning something from it.

Are you honestly surprised that this show is here at this point? The adventures of the forcefully positive Tohru and the suffering Sohma family is just great. A little slow and maybe repetitive to be sure, but I think that everything going through this show is honest and reliable in what it wants to show off and tell. Plans are moving forward to save the Sohma family and the characters are each coming into their own in their own way. It’s somehow realistic character drama despite the fantasy of it all being put into place.

I don’t think that anyone is surprised to see this here either. This cour is slower then the first and has less action, but it’s more character focused, positive, build solid stakes, and has the hypest action scenes when they happen. I am just really digging whatever this show presents and says. I just hope it lands the finale.

Very busy show about humanities existence, the life of the A.I. keeping an eye on the human race throug their simulation program, and such. It is a bit fast paced and busy, but I think this show is intelligently written because we don’t have to see all the development and training of the main protagonist for this story. That’s not the point. At this moment, the only thing holding back this show from being on that higher level is that I am unsure about it. There is so much potential at play and so far, it’s been living up to it. But There is an uneasiness for what can happen from this midpoint onward.

The return of the cyberpunk story about the guy with a gun for a head and his friends. This show just doesn’t want to be great in my eyes because we’ve had multiple episodes focusing on Mary’s story with her brother and Juzou helping out and yet there is this awkwardness where the show just has to do casual things that are awful because it thinks it can be smart. I think it’s obvious that’s not the case considering that this show is just barely at good and holding there and the first season was just so mismanaged. I hope that doesn’t happen again.

This show is just a lot of fun. It is that whacky races anime with interesting characters, but there seems to be some thought and sincerity to the story and it’s characters despite how simple and possibly dangerously racist it could be. It’s not and the writing of this show is doing very well on riding that line. For that, the show’s insane characters, and the direction, this show is well worth watching.

The God of High School

Not much to say here. The story line is there with not enough time to really give weight to anything it wants to, the characters are simple, but the action scenes themselves are incredible. It’s entertainment and shonen junk food for people like me who already know these kinds of stories and don’t need everything explained. Especially with how great the fight scenes are. Wow man. Junk food can be fun sometimes.

I never knew that tale of relatable adult characters trying to do super robot things to save the world, but being held back by budgets, constant pushes of the military, and just a company with questionable ways of operations in a grounded way would be so good. But it is. This show is only six episodes into it’s 26 episode run so it’s barely getting started, but I really do think it’s incredible. Like wow.

This is my first definitive idols only kind of show that I’ve watched. You know, besides Macross and other action idol things I’ve seen. I couldn’t find the first season of the original Love Live!. This one is fun so far. It’s cheesy, adorable, has some fun characters to enjoy, and I think the idol music scenes are stellar. How did that happen? It’s wild.

Maybe a surprise, maybe not, but Bamboo Blade is a lot of fun. I wasn’t sure what to expect when jumping into this one despite it being on my watch list for a very long time, but it’s fun. I love these wacky characters with mostly exaggerated personalities doing kendo. I really enjoy how the whole show is grounded despite the fact that it does have characters with comedic and exaggerated personalities because it makes the jokes land harder. Not everything hits though which is why Bamboo Blade is here.

I don’t think it’s possible to describe this show in a short amount of time here, but just know that I am really enjoying it for the most part. It’s full of wacky characters in a wacky world with a wacky story and I think it’s incredibly put together and thought out. There is a sense of forward momentum despite the world itself taking some character time. I’m ok with that because I want to know more about this world.

I may have adjusted things by putting in my own selected list of anime backlog into the mix, but so what? I don’t mind playing by whatever rules that I want to set on this at all. I do what I want and this is just more proof of that. I will see if I do that next season. If nothing else, Bamboo Blade and Dai-Guard are moving onto next season’s postings anyway. They are two cour shows I am watching that will not end this season. Until the next post I suppose :D. 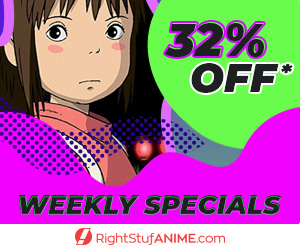 Fall 2022 Anime At The Halfway Point

Summer 2022 At The Halfway Point

Spring 2022 Anime at the Halfway Point