So, I’ve been hinting at this all week with my subtly called not Mamoru Oshii week. You know, because I am just so clever like that apparently. So clever I didn’t tell anyone about it. Encase I didn’t point it out too well, Patlabor 3 is a film that is a part of Mamoru Oshii’s little Patlabor verse, but doesn’t involved him in a heavy capacity. Lupin the Third: Legend of the Gold of Babylon was a film that Oshii was supposed to be a part of but wasn’t due to a lot of reasons. I don’t know, I thought I was being clever. Probably wasn’t though.

Anyway, I’m not here to say how not clever I am like usual. I am here to talk about Mamoru Oshii month! I will be covering 7 different films he was a part of and one ova series he did that might as well be a film. My plan is to start this train on the Wednesday of the first full week of October. The first post will appear October 7th and then everything will appear like my usual Wednesday and Friday posts for four weeks with this very clear theme.

The Full Plan For October:

First thing is first, this isn’t everything that Mamoru Oshii has been a part of or has done. I’m doing that because of the lack of time to cover everything without pushing myself too hard. I’m working and in college at the same time so give me some slack, ok? If anything, that leaves the door open for another Mamoru Oshii month next year if I plan on doing that. Could just create a sequel month in the future. Completely different from my Hidekai Anno scenario where I have covered other works that he’s done that are legally available at the moment. Woops. Opening a brand-new door here for that possibility unless I do something else in the future. Hard to say.

Some other things are that I have slowly been handling every little bit of the Patlabor franchise. These two films are the only things Patlabor that I have not covered yet at all. With this, I am kind of doing the baton pass from Patlabor to Ghost in the Shell. So possible Stand Alone Complex and other things in the future! Maybe. Who is to say about that? Muahahaha.

As for the fact that it’s October and not all of these involve the usual Halloween spooks and horrors, I do have a plan for that. Just not going to tell you about except keep an eye out for the weekends. Going to keep this one a surprise because it’s so much more fun to do that. After all, I need to leave something fun and unexpected for some reason. I think that October should be fun! 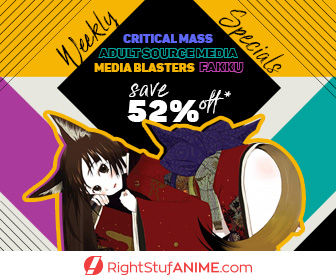