Oh hey, an anime that doesn’t start with an an A like the rest of this week. What a surprise, huh? Ok, this was planned in a way because I do that now. This anime is yet another #AniTwitWatches series from Jon Spencer’s watch along on twitter. This one is completed, but you can still follow my and other people’s journey from this show week to week by searching for the hash tag. The last one we watched is just a movie called The Princess and the Pilot. It’s a movie that I’ve seen before and I really like. I also enjoyed it this part time too. It is surprising how simple but good it is. Keep an eye out for the next session on twitter. For now, let’s talk about The Rolling Girls and how interesting it is.

The Rolling Girls is an anime that takes place ten years after an event that shook up the political landscape of Japan to its core. It was called the Great Tokyo War and the result was Japan’s three prefectures (like states for us in the US) that are constantly competing against one another. It sounds like something post-apocalyptic like Mad Max or Fist of the North Star, but the cities themselves are the same for the most part. It’s just the power structure in the form of independence that is different. Rolling Girls is an anime where people with super powers called Bests duke it out while the Rest just provide support in groups call vigilante squads. There is a rule where Bests only fight Bests and Rests never get involved, but this is a story about Rests trying to solve larger problems despite that power tip. An anime for the little people and side characters in a shonen battle series.

This anime starts in a city named Tokorozawa where we jump into a competition between the two bests Macha Green (Masami) and Kuniko. A competition where both of them are placed in a hospital after they compete a little too difficult. It’s a natural way to flip the script and focus on some other people. Macha Green is known as a peace keeper and was given jobs to do after this match. Her friend Nozomi decided to try and take on Macha Green’s missions by herself and hopefully solve them in her own way. Her first mission is helping a little girl named Chiaya find rune stones, the supposed key to the Bests power. Two other girls named Ai and Yukina join in as well. It’s off to the races from there on. So begins a serious but also really silly journey of four girls in the wilds of unknown cities.

The adventures around collecting cores brings something into the story itself. There is something to be said about how bests seem to have them on their person or how they appear toward around passionate people. There is also the fact that the cores are called different names in different cities and possibly have different sorts of lore around them. In Tokorazawa where Nozomi is from, they are called heart stones. Somewhere else, they have a different name for a very different reason. Maybe they are a jinx that nobody wants to hold onto for instance. It’s possible that there are super natural things attached to them that we don’t know about. The mystery is interesting and it’s pondered over how they work by our four girls leading to a lot of discussion and possible disputes. Especially between Ai and Nozomi.

The concept of this show is really fascinating to watch in motion. It’s a road trip sort of anime a lot like the older Kino’s Journey, because this is good, except the girls spend at least two episodes each designated location. That’s on top of visiting Bests with all sorts of problems in their locations, vigilante squad wars, personal traumas, super power fights, politics, motorcycle races, tradition vs new ideas, and much more. Four cities are visited and each one has their own visual aesthetic through what the people are wearing, smaller character conflicts, bests fighting bests, general trouble makers, and so many other things. Add in some super robot stuff and it’s astonishing that this anime works as well as it does. It’s almost a miracle.

For most of the series, our four girls are not the focus. The bests and conflicts they face do take the spot light, but the girls are there. Using Kino’s Journey again, I thought they would just be observers of each city and conflict at hand. Each one character influences the bests and focus characters in smaller, subtle ways. In a world where Rests just stay out of conflicts to the Bests due to strength and so many other things, these girls are there to play a part in some way. Maybe they will make a mistake that needs to be cleaned up by those who know how or maybe their action will influence a bigger person to act when it’s important to do so. Or possibly see into the true feelings in the hearts of people who have tunnel vision. The power of an unbiased observer shouldn’t be unmeasured and our girls are that.

I haven’t talked about these girls too much until this point. They are important people, but not at the same time which is why I wanted the world and story to come first more. Each of them is dumb in a way. Nozomi is obvious the lead character of the four girls. She carries Masami’s ideals in her and wishes to solve everything in the most peaceful route possible even if she doesn’t know what that is yet. Nozomi learns how difficult her path is when her philosophy is challenged in reality. On the opposite end is Ai who just wants to beat people up eventually and doesn’t want a stone at all. Ai wishes to solve problems through physical force considering that the world works around people with strength. Her push for wanting a stone comes with that sort of thinking. So despite Ai riding in Nozomi’s side car of her motorcycle, the two are at odds in side manners.

In the best girl category, for me at least, are Chiaya and Yukina. Chiaya is our little mystery girl through the show. She gets the plot going, wears a gas mask, know’s the other girl’s nick names from childhood, somehow attracts nice wild animals like a disney princess, and can even speak bird. Is anyone else kind of wondering who she truly is or what she’s hiding? That’s part of the mixing of story elements too and it’s really fun when it’s revealed. Other than that, she’s so cute and so good. Chiaya deserves the world. Still, I think that Yukina is my favorite character in the show. Not only because she has the gag of getting lost in plot related reasons like Zoro from One Piece, but because her story feels the most interesting to me. She’s a creative person who struggles finding her own path and reputation because she takes criticisms. Rewatching some episodes of the show brought this part more to light to me because it’s such a background thing compared to everything else. In the end, a path is open to Yukina to find more confidence in herself and her art.

With all those ideas running around, there are two weaknesses for this show for me that hit each arc at different levels. The first one is that almost every main character in this show is some level of stupid. I’ve mentioned this before, but whatever. That’s a minor one considering the fact that this show wouldn’t work if these characters logically considered the dangers they were facing in each situation and decide not to do it. Who watches shows where nothing explosive happens? Ok, I would but I’m weird and would like to see how Tokorozawa functions. But no, The Rolling Girls does something else. Here we have the not so intelligent, powerless girls jumping into danger on a whim if needed. It’s lucky that they didn’t get badly hurt, but their hearts are in the right place and they did good things.

The largest complaint I have, which I feel is so much more legitimate, is that each arc at different locations in this separated Japan vary WIDELY in quality. Without too much spoilers into why, I feel like the first city the girls visit is a bit of a waste of time. It doesn’t explore the city as well as it could considering there isn’t that much going on besides one major plot and some side things that get paid off later. The people living in that world tell you have into consumerism it is with the threat of jail in maid outfits. It’s only mentioned and never felt from anyone else besides maybe the girls headed in that direction. The next arc after that is where The Rolling Girls really finds itself. Even then the quality from arc to arc still goes up and down a bit. Never watch a single episode of the finale at the time. Watch at least two so you can see everything connect the way it should.

All of this mixture of things in Rolling Girls works with the very Studio Trigger like visuals that are a bit more refined then what you would expect from them. The Rolling Girls is in fact a 2015 anime series from Studio Wit after all. They worked on this and Kabaneri after the original Attack on Titan season which is an incredibly bold move. Still, I think it’s worth it. I love the water color backgrounds, the different ways people dress in each season, the great character designs and aesthetics, and the fight animation. Oh boy does this show have some glorious and color fight scenes when it wants to have them. Besides sides some cheap visuals here and there, The Rolling Girls can be a wonderful spectacle show with so much heart and love behind it from its characters and its emotional story lines. It doesn’t always congeal, but it is so much fun and what I needed after Concrete Revolutio. It’s a good watch. 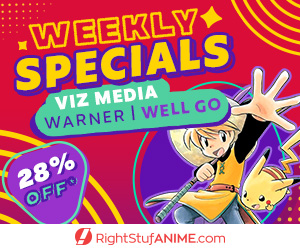 My Neighbor Seki-Kun: A Wonderful Way To Spend Your Time