I don’t know who I’ve mentioned to on here, but I love spy movies. James Bond, Mission Impossible, A Man Called U.N.C.L.E., and so many other smaller ones. That goes back to the many James Bond movie marathons on spike TV I watched during family Christmas parties when I was younger. I swear that I’ve seen most of them, besides the Daniel Craig ones, at least five times each if not more. So yes, I still really love those movies for all the silly gadgets, the non-subtle spying, cheesy bad guys with billions of dollars, evil schemes when they could help the world for some reason, and much more. It’s really cool when an anime series hits that same sort of spot because it means it’s an absolute win. Like Lupin the Third, Princess Principal absolutely did that and more. I really liked watching this show.

Princess Principal takes place during a stealthy civil war between the British Empire analogue Albion and the rebelling proletariat class nation called the Common Wealth. On the outside, there is peace between the two nations formulated by a large wall. The nation of Albion discovered the mysterious element Cavorite which helped them gain dominance over the world with flying battleships until the Common Wealth showed up, caused havoc, and thus the building of the wall. The massive, overarching plot for this anime is a small civil war in the shadows. Spy networks in Operation Changeling are planning to replace Princess Charlotte for Ange, our protag, in a bid for control. Too bad Ange has been friends with Charlotte for years and changes script the script herself. Not to mention the endless amount of secrets they have between each other.

This plot is only focused on in the corners of the show itself. Partially because the episodes came out of order on purpose. For a lot of reasons that I enjoy. Giving the spies (Ange, Beatrice, Chise, Dorothy, and Charlotte herself) their own character arcs, to develop the world a little more, for more spy adventures, and seeing this interesting family of spies something to develop. Whatever the case was, I really liked seeing all of those things. This is a rich world to explore with a lot of wonderful characters living in it. Ok, maybe rich isn’t the right world. There are the people on the top and then there are the episodes featuring people living on the bottom just struggling to survive with their lives in a very grungy world. No wonder the Common Wealth is doing what they are doing.

Each episode is a different sort of spy adventure that uplifts the characters while having some grounded stakes between. There is the classic ballroom spy exchange which is plain out of sight from most of the rich nobles which relies on Charlotte and Ange’s relationship with each other. Different sort of train heists from trains to flying battleships which increase the trust and bond between whoever is featured in the specific episodes. Mainly because those are scenarios when one’s special skill and talent can save another person’s life. Considering that a lot of those moments are genuine and harrowing. So many cool episodes that are just pure fun.

My favorite episodes were the not as flashy ones. One involving a pair of girls or all of them down in the grime with a lot of people stuck in horrible conditions searching for clues on something that will lead to the end of a case. That was either the laundry episode or the morgue episode where the girls have to search for one small thing in a sea of a lot of smelly, ugly things. Yuck. Yet, these are the episodes that I remember more than the flashy spy adventures and I already loved those. They are just so down to Earth and allows each of them to gain something of value that they hold onto or gives you insight into their characters that changes your perception of them for the series. Either way, no loss.

All of which is held together by very solid character stories. As one would expect, the story between Ange and Charlotte is the heart of Princess Principal and it’s a good one. Not only because of the backstory that the two share, but because they are the exact opposite of each other despite their looks. By design of course. For instance, Ange starts out as the strong, silent, spy who you aren’t sure when she’s lying. The series breaks her down to the point where you know how she thinks and feels. Ange isn’t as strong as she likes to let on. At the same time, you know who Charlotte is and how perfect she can be. While the show does giver her weaknesses in terms of being a spy, her mental strength impossible to break. The two complete each other in so many ways.

A strong starting cast that jumps into the best girls of the show for me. Ok, it’s Dorothy but everyone else is great too. Dorothy is in her early 20’s, is the leader and gadget lady, drinks a lot and uses her physique to her advantage when necessary. She has a flat arc, but Dorothy is a wonderful character that I can’t help but love. Chise is an exchange student from Japan and her arc revolves around her adapting to western society. I think just calling her a teenage Goemon is simplifying her too much because she has so many layers to her that make her special. Beatrice is great too. Mainly because she feels like the audience’s entrance into this world but she has skills that make her important in this world of spying as well. She felt annoying at first, but I’ve learned to really love her. So 10/10, great cast in general.

You know I’m going to just give this show a solid by now, but I have to throw in some nitpicks for balance. Believe me when I say that is very hard to do. Ummm, some episodes aren’t as good as others? The character designs throw me off a bit because of the same face thing. Part of that is intentional, especially with Charlote and Ange. At the same time, I don’t think that Beatrice and Chise should look related at all, besides some color, considering that one is Japanese and the other is not-English. That’s my main complaint. Otherwise, the series looks fine There was so much work making this world feel real through other character designs, set designs, world development, action scenes, and so many other things. The cg looks great Even the English dub has accurate accents which is amazing to me. Just a great series. 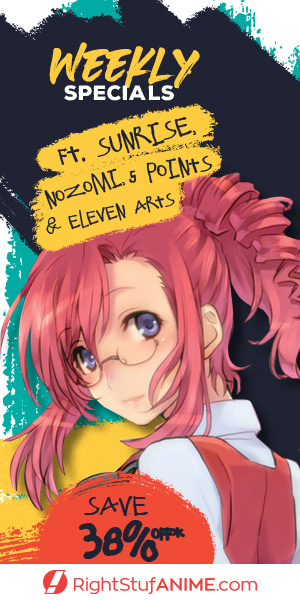