One of my goals for 2020 from the beginning of the year, was to watch the rest of Masaki Yuasa’s filmography because I love his work. The year of Gundam was my first plan, but this was number two because I really love Japan Sinks 2020. Yeah, that plan seems to have fallen to the way side. I’m just going to blame my Patlabor posts and watching on that, ok? Somehow, 2020 became an unofficial year of Patlabor as well. All I need to do is cover movies 1 and 2 and those are coming up soon. I’m not going to stop that from happening because I am too ingrained at this point. With this post and a Lu Over The Wall post towards the end of the year, I at least worked on it a little bit so the process is easy. Ride Your Wave is still not available for just streaming and I need to make sure that I’ve watched everything else. Enjoy this review though! I hope you will unless you don’t. Lord knows I don’t control that.

The original disaster novel this show is based is called Japan Sinks by Sakyo Komatsu. To show off how 2020 Japan Sinks 2020 is, this show follows the conclusion of the 2020 Tokyo Olympics. A disaster movie in 2020. How original. We all know that the Olympics have been delayed by a year which means this show was probably meant to be led up to it. Japan Sinks 2020 starts off with Japan getting hit by Earth Quakes and the Mutou family being hit in many disastrous situations. Ayumu, our main protagonist, was at track practice and could possibly be the only surviving person of the track team. Her father Koichiro was working on the Olympic Stadium Jumbo Tron and his climbing gear stopped his fall. Her mom was on her way home from the Philippines when it hit her plane somehow

With the family reuniting on top of a hill, because Ayumu’s brother go was saved by a neighbor, the journey to find higher ground to save themselves begins. Or getting out of Japan. Either way, it works. As the title says, Japan is sinking into the ocean and no one currently in Japan is safe. The way this plot was handled reminded me of the Walking Dead if there were no zombies. So basically, later Walking Dead. This show put people into a disastrous situation on the fringes where you get to see people’s true colors. Some people are kind and know what to do and other people turn on others in selfish ways to get what they want and not care about anyone else. Ayumu giving water to an old couple on the side of the road and the couple taking the water bottle without giving it back is the tip of the iceberg.

The journey is a hard one filled with all sorts of death. Ayumu’s group gets of gets smaller and smaller over the course of the anime because of it and each one hits hard. New members do join, but they don’t stay permanently. The first great split was Kouchiro choosing a direction and the larger group members choosing a completely different direction out of spite. The rest of the deaths have placed on Ayumu’s shoulders in a way. Not completely, but it doesn’t help her psyche that she and Go are placed at the center of seeing all sorts of people that they love dying from their decisions. Ayumu is just a middle schooler and Go is an Elementary schooler after all. It would be so hard on them considering their age. I don’t blame them for breaking down.

There is the infamous cult arc that people have turned away from in disgust for reasons. I’m sure they are valid, but I kind of enjoyed it myself. With that Walking Dead comparison comes a place where everything seems perfect. There is an infinite supply of water for drinking and bathing, a good amount of food, and clean clothing. Things people didn’t have walking on the road where the only draw back seems to be the marijuana plants and the crazy cult leader. With all those human needs and the ability to relax and be yourself, doesn’t the rest kind of fall to the way side? With real human nature hitting the cult, the Earthquake showed how fragile it is. Nothing can change reality. Not even lots of weed.

All of that is the strongest part of the series for me. It’s a very symbolically led anime series with a lot of thought and meaning behind it. All the Earthquakes and Japan sinking represent the changing tides of Japan. The old die so that something newer and better can appear. The pure Japanese idea of Nationalism makes an appearance in this series in the form of an old man and a group of people on a dumb looking boat. Everyone single one of them die. Ayumu and Go, who are 50% Filipino, do survive until the end with the help of others in such heavy emotional scenes. In the end, Japan still survives with the people who escaped and it slowly emerging in the emotion. Together, they are stronger.

I’ve been talking about the positive points for a while now, but I do have plenty of negative things too. I do have a bit of a problem with the pacing of the show. I don’t mind nature happening and just taking people away because it’s nature and nobody can control it. Especially when it’s symbolic. At the same time, it’s a little frustrating that things just happen out of convenience. People die, but a Japanese youtuber appears out of the blue and conveniently guides everyone from place to place like a Mary Sue. He can do anything he wants to do and did whatever was needed. He took away a lot of the emotional weight of the show for me. I’m sure he’s a great guy, but a more natural conclusion would be nice.

Speaking of other things that bugged me, the visuals were very mixed for me. I’ve watched a lot of things from Masaki Yuasa and his Science Saru Studio. I think this is the messiest thing he’s done from a visual perspective. I’m used to his shows moving a lot more in some more cartoony ways, so maybe that change is what got to me. I do like these character models. Each person looks like what people look like right ages and cultures that they should be based on what we know. I just think that at certain angles, they look kind of awkward. The background themselves are great though. Japan 2020 has a very well created world of destruction that could come from nowhere else.

From a ranking scenario, I’m somewhere in between an ok and a good. Going to bite a bullet and say that it’s a okay and a half. For the sake of rankings, good. Tentatively. A lot of people felt like this disaster anime was just…a disaster. I can’t see it that way myself. For me, the messages that Japan Sinks 2020 was telling and actually got out to the audience overtook some of the most negative aspects of the show. There were problems that took notice of, but in 2020 the messages that Japan Sinks brings to the table are kind of necessary. I mean look outside. 2020 has been a disaster so far. If this was a different year, I don’t think that I would rate it that highly. For now, I think this anime is important. 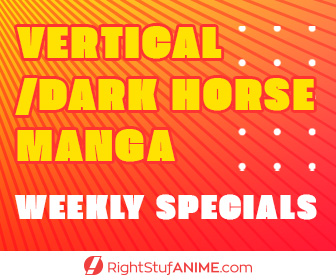 The Night is Short, Walk on Girl: Quick Thoughts