To start Oshii October, we’ve got to start somewhere near the beginning of Oshii’s career. That means we start with the first official anime OVA ever, Dallos. Ok, it’s not only the first OVA but the first direct to video production release as well. So, let’s think about this for a second. If this Dallos OVA wasn’t successful on some level or at least influenced the existence of other OVAS, then anime as we know it wouldn’t be the same most likely. So Dallos is breaking boundaries on so many levels before we even started going through it. There is so many special things in this OVA written and directed by the man, Mamoru Oshii himself.

Dallos is a four-episode OVA that is the introduction to a major Earth-shattering event. In the future where the Earth is depleted of all resources, colonies were built on the moon to mine for resources to bring them back into the Earth. You could say that this is a possible look into the future because I can easily see this happening. I don’t think we’ve reached that limit now though. Jumping forward into the future, the Moon colonies have been in place for a few generations. A rebellion breaks out from the younger generations in order to rebel against their system. Of course, the Earth must intervene. Oh, there is that mysterious Dallos space ship that goes beyond explanation as well.

This OVA is a very layered look at slavery and capitalism itself. How it effects people, how motivation degrades us over the years, and how the people have their right to live in whatever way they want. The first generation of the moon are old now and originally came to save the Earth. Following them are the second generation who take influence from their elders and just work with the elders dreams upon them. All of which are in their middle age now. Lastly, the youngest generation are out there rebelling against the Earth police because they don’t deserve to be here. The crushing pressure of the Earth Federal Government’s military forces pushed them too far. All very well realized and thought out. The world building is pretty impeccable.

The OVA follows the young Shun Nonomura, but he is more of an observer of this growing conflict between the colonists and the military. Shun does introduce the rebellion’s leader, Dog McCoy, with the idea of using mining tools for the fight. He knows the ins and outs of the moon colony, has been arrested by the Earth Federal Government’s leader to show off that guy’s point of view, watches and barely takes place in McCoy and his rebellion’s fight, and such. He never gains a reason to join the fight until the end where he is finds a reason to fight in his own way. The Colonist are characterized much better as a group in a good way then singular people and I think that’s why this portion works so well.

In a very bold method of writing, I think the main protagonist is Alex Riger. He is a military officer and mercenary hired by the E.F.G. to crack down on the colonists if they go too far. I mean, the Earth Federation Government needs this colony to be successful or else the entire economy dies. That means that Alex either succeeds and gains a solid position or he loses and we don’t know what happens to him. He is the central and emotional figure of this conflict and is involved with everything. Even his girlfriend gets kidnapped by the colonist rebels so he is 100% into this situation. Capitalism comes for us all and that’s his arc, fighting to hold his place in a situation where he can fail.

If there is something special about this OVA, it’s the environment and technology. I can’t help but feel how strong the 1980’s atmosphere is in terms of very 1980’s shoujo character designs and somewhat disco like music. The mining colony has a very big city that you can see yourself living in. It’s just like a normal city with tons of city blocks and people just living there. A bubble of humanity holding it all together. I love the mining tools turned into mecha used to fight against the pretty standard normal mecha from the Earth. It helps differentiate both sides. The bulky mining mecha versus the refined military mecha. Plus, the Moon dogs. What isn’t cool about dogs with cyber gear?

So yeah, Dallos is very well put together and is a good watch for the two hours of entertainment it provides. This is my second time watching it and I think this is a good watch for a lot of people especially those of anime history. There are plenty of flaws though. For instance, I feel like the mechanical animation moved too fast sometimes because a lot of machines felt weightless. There is also the fact that there have been hanging threads on this story for 37 years now. What will Shun do now that he is self actualized? What the hell is Dallos? What is going to happen to Alex now that he failed? So many things to discuss and look into. Those are things that are holding it back only a little bit because the experience is good, not a solid. 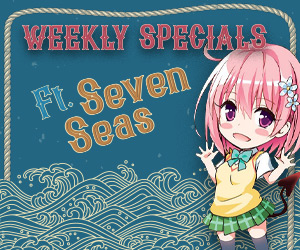