This post is a culmination of a lot of previous posts finally coming together. To understand all that craziness, this movie is a follow up to short OVA series Patlabor: The Early days. It also takes up a lot of the original ideas from Mamoru Oshii’s from his concept from Lupin the Third: The Legend of the Gold of Babylon. Yeah, I’m sure you guys might have heard of those on this blog before, but you can click on both of those titles to read blog posts on them. Thus, a lot of things a culminate together to form this post. I should also mention that this is when Mamoru Oshii and Kenji Kawai starting working together as well. Kenji Kawai being my second favorite anime composer. The two do some great work together on a lot of projects after this. A few more of them will make an appearance in Mamoru Oshii October.

Patlabor: The Movie is, of course, a movie that follow the typical Patlabor protagonist crew from Special Vehicles Section 2 Division 2. I’m sure that with all the other Patlabor media that I have brought together at this point from the Early Days OVA, The Television Series, and The New Files OVA of the TV series that you might have at least gotten a passing glimpse at the names of these weird people by now. If you haven’t, here is a brief low down on them in a different way. This anime features Asuma Shinohara, the intelligent person in the command car of Unit 1 with Noa Izumi as the wonderful pilot. A pilot who is too inherently interested in her Alphonse model, but who wouldn’t be honestly. Shige from maintenance division plays a prominent role and the ever mysterious Gotoh is the director of Division 2. Read about the rest of Division 2 in my other reviews :D.

The movie takes place in a future 1999 where the Babylon Project mentioned in The Early Days OVA is getting close to being finished. No, it’s not 2258, nor set in space, definitely is not is a giant space station, or anything. So, not as exciting. Just boringness all around. Anyway, that is a completely different Babylon Project. This one features a wide variety of man-made islands that are supposed to protect Tokyo from raising sea levels. In the center of all of it is a giant manufacturing plant called the Ark. A plant designed to build the labors necessary for the Babylon Project’s construction and for use in Tokyo in general. If you don’t remember from those other series, a Labor is the name of the Mecha from this universe. They are used for Day to Day purposes.

The movie truly stars with the escalation of Labor’s going haywire. A new operating system from Shinohara, the Hyper Operating System, which supposedly allows Labors to operate more efficiently goes out of whack. Something mysterious is happening because the programmer committed suicide days before these incidents happened. It’s time for Division 2, mostly Shinohara and Shige, to discover the secrets behind the operating system and how Tokyo is in danger. This truly is Shinohara’s movie as he lies down his career and even his questionable relationship with his father as he uncovers more and more secrets of the operating system and the designer who was obsessed with Babylon Projects.

I’m sorry for these longer set ups again, but Patlabor always comes with a lot of pre-amble regarding setting and characters. It is a mecha show after all and establishing a lot of things is apart of the genre. I do like this movie’s plot quite a bit. Mainly because this is how I pictured Patlabor would be like in film form for the most part. Police officers that actually want to save every citizen possible from a threat of cyber crime. It’s a very solid procedural film which has a clear beginning, some great escalation of the threat level considering weather conditions, and such. Shinohara does a lot of great detective work from a police and computer expert level from ancient computer simulations and such. I really like how much this movie has great 90’s tech on display in pretty interesting ways.

I also like how the police department and government as a whole make sure to take down the operating systems when provided evidence that they are bad. Of course, Shinohara does get reprimanded for it, officially, while given the go ahead to investigate by Captain Gotoh on his off time. Gotoh, of course, getting Shinohara to investigate for him in a sneaky way is very classic Gotoh material. The man moves in mysterious in wonderful mysterious ways. Noah Izumi is her wonderful and ridiculous self. The rest of Division 2 doesn’t play as much of a role into the ending fight sequence in the end at the Ark itself to stop a great calamity from happening with some very cool and quick robot sequences.

This film is good, but it is a little too busy for its own good as well. I love Mamoru Oshii, but I can’t help but think that him and Patlabor do no click sometimes for me. At least for this film. I love the TV series so much more because it does much more with the franchise and characters. Yes, Shinohara does a lot of things, but in the end of the day he is still going back to his job at Division 2. The action scenes were great, but were so minimal because they didn’t feel like they belonged. Oshii doesn’t give the mecha any attention in this series and sometimes they don’t work as well. What hurts this one more is that this feels like a soup of ideas from previous would be projects as well. There are good ideas, but that also does so little that it just doesn’t come off right or come off meaningful because other works do them better.

To add to this “thrown in ideas” thing, fan favorite character Kanuka Clancy comes in final moments of this film for the action scenes themselves. She says the best line of the movie at the airport and is immediately thrown into combat. The entire film is just like that. Great fanservice for Patlabor fans who want to see them in a longer plot. Newer audiences will find it hard to get into as well because it doesn’t explain the world well enough for things to have impact otherwise. That doesn’t mean that the film doesn’t work. As I said before, this is a more functional film on all regards in how it moves and feels, but it is just a longer episode. It’s also very surface deep without a lot of bigger ideas anchoring it anyway that makes it memorable. Maybe that is the bad opinion of someone who has seen his other works where these ideas come more into fruition. Probably that.

This film does looks great. There was a lot of work putting the early 1990’s tech together in form of computers, VHS players, and such that it is a wonderful time piece with period accurate things. We could also talk about how well drawn and beautiful mechanically the Ark is because it is a lot of tech. All of which adds more to realism presented in the film. Patlabor: The Movie gives all of the mecha and characters an added feeling of depth and weight to them. That is the transition from well budgeted OVA to movie after all. All the action scenes involving The Ingrams vs their opponents feel like they could happen in real life by how the mecha move so mechanically and realistically. So, I feel like this is a good movie. A little jumbled, but a lot of fun to watch. 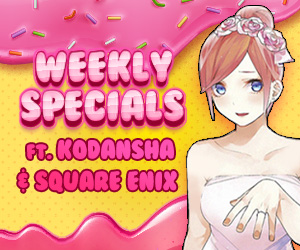