There has been a lot of things that I’ve been worried to write about. Anime like Evangelion, FLCL, Utena, and Kyousougiga. That last one is one I’ve finally felt ready to write about, so watch out for a post by the end of the year. Regardless of that, Ghost in the Shell (1995) is a movie that has been apart of that list too. I have seen this movie too many times to count and I still don’t think it’s possible to write the perfect post of it. This movie is the quintessential anime Cyberpunk movie with beautiful animation and a thoughtful premise. How do you describe or talk about something that is almost perfect if not perfect? If there is a list of movies that could be marked as perfect, Ghost in the Shell easily stands at the top of them all. It’s just that good. Mamoru Oshii made a master piece that he will never get close to making again.

From this point, there will be spoilers. Beware. Sorry, I can’t talk about this film without spoiling some things.

Ghost in the Shell takes place in 2029. An age where making full body cyborgs and having a brain directly attached to the internet are realities. You have the shell and the ghost so to speak. That is only surface level to where this film goes in terms of those complexities. In this new age of cyber-crime, there are those who seek to protect the public from cyber-crime. The group’s name is Public Security Section 9 and they are a special group of police officers. A group that has one normal human named Togusa, a bunch of cyborgs with partial prosthetics to aid them in their tasks, and fully prosthetic cyborgs by the name of Batou and the infamous Major Motoko Musanagi. All those people are led by the super intelligent Chief Aramaki.

This film is focused on the unusual hackings from the mysterious and ominous Puppet Master. Well, as far as we know. We start out knowing absolutely nothing about this mysterious force at all. At first, random terrorism is caused across the city by people who had their cyber brains hacked called “Ghost Hacking”. This leads to a lot of brushes with Public Security Section 6 and their antics along with different sections of society from foreign ministers being threatened through their hack interpreters to garbage men causing all sorts of chaos on the streets. That’s such an efficient way of developing the world while also giving our characters more ways to interact through problem solving. Of course, the case doesn’t go where one expects it to go. Thus, the journey of our characters. Or the Major character, the Major. (I had too).

While the front of this film are the police cases and mysteries with Section 9 while Section 6 played heavier and heavier into the plot, the themes of the story line with our characters. Mainly Motoko Kusanagi. She is a full-bodied cyborg that wants more than what is there. Motoko constantly pushing herself further by diving into deep water on her off days where she can easily drown. That mysterious voice in her head pushes her further and further in trying different things. Batou tries to warn her against trying to push the normal bounds of reality beyond where she is now, but Motoko is a risk taker in so many ways. I mean that is why we, as a fan base, love her. She’s infinitely bad ass because she does all those daring stunts and tricks for a reason. Well, it works thematically too.

Ghost in the Shell is a film about transcendence. It is a look into the future from 1995 in what the reality of the internet can provide us. So far, I can’t say that it has provided us so far is wrong. The Puppet Master is an entity produced from Section 6, which they try to get back, and is a no binary force from the internet. A non-gendered entity that has all sorts of power attached to them. They come in a feminine form, but have a more masculine voice. The Puppet Master represents all that is possible throughout the internet. It’s so amazing that so many creative voices in the mid to late 90’s looked at ideas on what was coming and got a lot of things accurate. Ghost in the Shell is just one of them.

I’ve talked about the visible form of Mokoto Kusanagi’s journey, but the mental is something that we need to discuss too. We see her in this film as she changes before our very eyes. She does the awesome dive from a building in her invisibility gear, fight a guy in an area surrounded by water on the ground, then dive into ocean with her survival gear. It’s a very gradual change. The major faces her final transformation when the city is covered with a blue light. Like she is diving into the water without any safety gear. When she fights a tank in which she releases massive muscles. The peak of “masculinity” in a more “feminine” body. With that transformation, she is finally ready to merge with the entity and live on the internet. The Major’s experience and the Puppet Master’s knowledge merge together.

I don’t think that I need to say this, but the visuals and the themes perfectly go together. Add Kenji Kawai’s music and you have something beyond amazing. Visuals that are just spectacular. Even the still frames are full of power and imagery in so many wonderful ways. This is another step into Mamoru Oshii’s pursuit of making an anime look like a live action film. That affects everything from the character designs that look real to a lot of movements that have a ton of weight to them. Same with the tanks and everything. That being said, the film doesn’t forget that it’s an animated feature either. The art and character movements are still wonderful expressive as well. Like I mentioned the blue lighting around the city, right? That’s just an example of it. There are so many moments like that in this innovative film. .

Ghost in the Shell is one of Mamoru Oshii’s many master pieces. It isn’t flawless though, but I feel like a lot of those flaws can be pushed in the side in a one way or another. The only major flaw that I have is this film is way too wordy with a lot of its talking. I feel like this film easily presents its themes in a visual way. If this film didn’t have any dialogue, I feel like everyone could get the messages anyway. That dialogue is still too much from time to time, but having the good sense of connection between people in Section 9 is great too. The merging of visuals prowess with themes and good characters stuff are a lot of things that other films try to do but never achieve in the end. Ghost in the Shell is almost perfect in my eyes because it can do all of that so seamlessly. Solid movie no matter how I look at it. 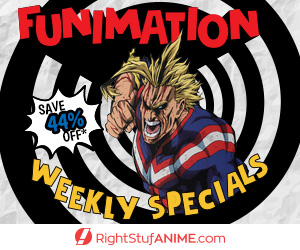