I once again ask you guys; how do you follow up an almost perfect film. You are the original director of a film and you are tasked to follow with something anyway. I always think that the best answer is you don’t and let the perfection linger. The other answer, which a certain Mamoru Oshii provides an example of here, is making something completely different. Take what you built and move it somewhere else. Ghost in the Shell 2: Innocence is a very different film that is harder to get into. It takes a lot of things from the first film and spins them around in ways you don’t expect. People expecting the same thing may be disappointed and confused, or really excited to see where this one goes. I was one of the first group until I watched the film again more recently. This time, I saw a bit more of the genius behind it. I still don’t think I got everything behind it yet, but maybe next time. Right now though, I can say that I think Innocence is a great follow up to the original Ghost in the Shell film.

Massive spoiler alert in this review too. Beware.

Innocence takes place three years after the original Ghost in the Shell film. So, 2032 AD. The Major is gone and this film focuses on what is left. Public Security Section 9 is still around and solving crimes. Batou, the full cyborg, and Togusa, the human, working together to solve crimes together. Partially because it works with the theming of the movie, but mainly because their Chief Aramaki told them too. I feel like Batou and Togusa’s moments from the last film set up this partnership. A partnership that doesn’t click as well at first and comes with a lot of weaknesses on Togusa’s end. You can call Batou as the Holmes and Togusa as the Watson of this film. You know, if you can call a cyborg wandering around with a gigantic machine gun which leads to him destroying a yakuza headquarters as a Holmes. At least they work in a character profile way, right?

Like the last film, Innocence starts with the investigation of a homicide incident. Gynoids, doll like sex robots, malfunctioned causing the death of a lot of people across the city. Section 9 is asked to investigate the crime, which leads to the aforementioned partnership. As you would expect, this criminal investigation takes up the rest of the film as well. It takes Batou and Togusa from place to place and puts them in a wider variety of locations so they can interact in different ways as well. From the start to the Yakuza location where they hear about a mysterious company that produced them called LOCUS SOLUS. A place with a lot of cyborg bodies ready to go and fight in a dark factory in true Mamoru Oshii fashion. It does lead to some great and emotional action moments though.

Batou is the lead of this film and he is a fantastic lead on so many levels. The first one is you can tell he is missing something in his life. That something does happen to be the Major, even if he knows that they are out there somewhere. The void is easily felt through the companionship of Batou and Togusa. Mainly because Togusa had a relationship with the Major too. Here is two people in a car driving from place to place solving crimes with something to connect them. The biggest surprise, to me really, is the Major’s involvement. Them giving Batou hints from time to time and to finally reunite the friendship that was broke at the end of the first film just for a little bit. Batou searched for them, and the Major came at the right moment. He still can’t do things by himself completely.

This film also looks at what makes a person a person. What better way to do that than putting a mostly full human and a full cyborg together? I know no other way myself. Togusa is the normal family guy in this film asking the most relevant, human questions to those in need of context, and is generally the weakest pair in the bunch. Batou takes some damage in this film and has his arm replaced like that. On the other hand, you can’t replace a human. Alongside the creepy dolls sitting all over the film, Batou also learns the value of life in general. He owns a Basset hound because he’s in an Oshii film and he wants somebody to return to when he comes home as well. All of which leads to the many moments when Batou saves Togusa’s life as well. Some of them are more unusual scenarios then stopping a grenade from hitting him.

That last sentence points to where I am going next. Ghost in the Shell 2: Innocence is a mind screwy film. That’s why it’s so hard to watch the first time before any material in it. It takes all of those cyber hacking that happened to other people in the franchise and puts that focus on the main characters. Mainly because they are vulnerable. With this film’s high production values, you get that sense of mind screw easily from Batou’s perspective. Without some guidance from random beings on the internet, Batou and Togusa wouldn’t even survive the film at all. Not to mention the focus on creepy dolls which adds so much creepy atmosphere on a thematic level. Especially with kidnapped kids playing into this too. Yeah, there are kidnapped kids too. Everything is tied together into a complete package about humanity. Don’t believe me? Watch the film.

All of which leads to the technical aspects of this film. You know, aside from Kenji Kawai’s great music? Innocence takes the visual perfection of the OG Ghost in the Shell Film with that huge sense of live action reality and adds a twist to them. So, the weight and feeling from the original film with the same Mamoru Oshii characater designs, but there is an added bonus that you can feel how strong Batou is. Togusa and Batou are constantly compared to each other not only mentally and physically. Same with the machinery and settings. The twist is that Mamoru Oshii is playing with his directional style by doing all sorts of experimental “camera work”. The Mamoru Oshii eye focus becomes a little more for instance. All of which puts you into the place of one of the two main character’s in this film. I love it.

Ghost in the Shell 2: Innocence is a solid film. Yeah, not taking any excuses otherwise. Is it perfect? No. For instance, it takes a bit for one to understand it. This is what I understood from my second time watching it and I probably need a third or fourth time to get the experience I want. It is a very hard film to watch the first time and that is honestly a detriment in a lot of ways. Still, this is a great package of a movie. More than great honestly. I do favorite the first film more, but this one is just as interesting as well. Massive respect points for that. I think this film will be underrated for a while and that’s somewhat understandable. The first film was a massive hit when it came out, I don’t think this film was treated as the same thing. Notice me having a blu-ray of the 1995 film and a dvd copy of Innocence. Still, it’s also not as good by a margin or two. Still, I can’t wait to watch it again when I have enough time distance for a newer interpretation. 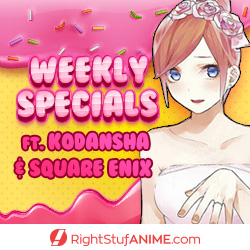