One major question before starting this one. Is it possible to look at a series or a piece of media from more than what is on the cover? Judging something by face value alone does nothing but separate yourself something you could possibly love. It’s like saying all shonen battle series are the same when there are enough differences to make each of them special, how RahXephon is a clone of Eva when there are so many more differences between them, they are beyond comparison, or how Yuki Yuna Is A Hero is a clone of Madoka Magica when there is so many different things going on here too. I’m just saying that as a fan of Madoka Magica, besides the most surface level attributes, Yuki Yuna is nothing like it. I’m just going to say it here, Yuki Yuna is the RahXephon to Madoka’s Evangelion and that makes the difference between the two drastic.

Beware Spoilers! This is a series with tons of reveals that change how the show functions.

Yuki Yuna is Hero is a magical girl series set on the fictional Japanese island Shikoku in a city called Sanshu. At the local middle school conveniently called Sanshu Middle School, four girls are a part of what is called the Hero Club. A club that does community service whenever they get the chance along with giving fun, heroic puppet shows. Those girls are the2nd year2 titular Yuki Yuna, her disabled 2nd year friend in a wheel chair Mimori Toga, the leader of the group, third year Fu Inubozaki, and her younger sister the first year, Itsuki. Unknown to most of them, besides Fu, one day the girls are chosen by the Shinju to fight and defend the Shinju, as magical girls. This is where their life turns around.

This is a one cour show split into two, six-episode portions. The first part is a mostly action-less portion, with a fight in episode 2, a small one in episode 3, and a major series breaking fight in episode 6 that changes everything. In between is a lot of good character growth. We will get there soonish. For now, it’s time to establish friendships between the hero club. A bunch of good girls. Mimori and Yuki are close to each other that feels so natural despite how Mimori has is wheel chair bound. A think that Yuki never talks down to her about, which shows how even footed Yuki is. On the other hand, we have the two sisters. Fu is the older third year with unlimited girl power and endless amount of energy and Itsuki’s quiet adorableness in the corner. All very well-established attributes in small moments in the opening episode.

To shake things up, Yuki Yuna introduces another character into the club. There is a deep friendship between every member of the hero club, but the show felt like it was trying to throw a wrench into it with the introduction of Karin Miyoshi. A workaholic athletic person whose sole person in life up to this point was training to be the best magical girl possible and that’s it. She is very athletically built, but that’s from her constant training Karin looks down on the other members of the Hero club because, to her, they aren’t taking this life and death battle seriously enough. The crazy thing is, the other girls just accept her and eventually she calms down. Sabotage completely ignored. It’s pretty easy to tell that Yuki, Mimori, Fu, and Itsuki have been around kids a lot because Karin is like one of them. I just love that sort of writing because it’s so natural.

With character drama comes the battles. The first battle was figuring out how the abilities work, the second was to introduce Karin. Not much to write there. However, the last battle of the first part was epic and revealed a new form of power for each of them called the Mankai. (So, Bleach like?) Its appearance changes the scope and direction of the series along with giving them each new, cooler costumes. Some hints before jumping into the first half. Mimori having lost her memory and legs, yet having more mascot figures around her that she knows how to control somehow. This is a massive hint about what is going to happen. Ummm, this is where the major spoilers happen. I’m going to keep them light though. I promise.

The appearance of the Mankai effects how each girl in the real world. Damage in the Shinju does that to the world around them, but each girl that activates a Mankai loses a bodily function of some kind. It’s almost like battle damage in a believable way. Itsuki lost her voice after learning how to sing, Fu lost her eye is given an eye patch, Yuki loses her sense of taste, and Mimori loses hearing in one of her eyes. Karin never activates a Mankai and that is something that weights down on her until her moment of power and sadness. First, these traits are treated ad things that will come back, but eventually that becomes far from the case.

That reveal and investigation of the Shinju and what the Mankai do is the drama that drives this story forward more and its heart breaking. Not just because it’s sad, but because there are added elements to the sadness which makes the experience human. Especially since some characters do horrible and possibly universe destroying things because there is no other way out of them. The bigger characters, Fu and Mimori, that are attached to others who are staying positive regardless, Yuki and Itsuki, are the major points of contention. Luckily, the other two are able to knock them out of the chaos eventually. Karin also finds her own strength by watching and wanting to discover her own value again. In a dramatic moment, Karin reveals her answer. Sniff I’m sorry guys, I feel like I am crying over my keyboard. Sniff

This series is minimalist character drama with characters that feel like real people. Yuki Yuna focuses on five characters put into a pressure vessel to see how they react around each other when it goes all around. It could have been any other kind of a series other then a magical girl show, but the coolness of magical girls that punch really hard, have swords, fire laser beams, and handle sniper rifles could not be denied here. Same with the emotions. These aren’t just cry porn moments, but something else. Despite the disability each character receives, they are still growing and continue to try their best in a situation that would crush most people. Yuki is always strong, but best girl Itsuki becomes a larger figure in the show in this half despite how she doesn’t have a voice. She’s so strong.

That sense of minimalism goes into the visual aspects of this show as well. The characters are very moe designs with color schemes that follow pretty standard magical girl shows. Mainly, that one show that I mentioned in the beginning. That’s where it breaks off though. The normal world scenes are pretty static and don’t require a lot of movement for character drama to happen. Not to mention the lackluster sort of color pallets. A major contrast to all the scenes in the Shinju. The girls get their wonderful, magical girl designs, the Shinju is a forest that pops with all sorts of color, the characters move, fight, and jump everywhere, and the Vertexes’ designs vary in designs and sizes. I know that this is an animation rest thing, but it helps differentiate the worlds too.

Yuki Yuna is a series that I didn’t expect to love as much as I did, but it’s great. An easy solid for me, honestly. It has to do with seeing these awesome magical girl fights while having such wonderful and believable character drama behind them. Madoka Magica is special, but that resolves around characters working by themselves and Madoka eventually choosing her own path at the end while watching her friends suffer. In this series, each character has their path chosen for them. Instead of fighting their path, in the end they embrace it as much as they can while battening down the hatches for what comes next. A wonderful character drama. Please watch Yuki Yuna is A Hero. That’s my election speech. 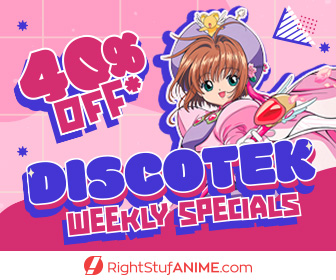