As stated in the post from Wednesday, this is catch up week for #AniTwitWatches related posts and reviews. In terms of spooky times, this one is also very late in the territory of horror anime. Yeah, it’s out of season. I mean, it’s been more than a month since Halloween and this segment of #AniTwitWatches did end the Monday after Halloween. So, welcome to a random segment of horror December! Today only at the Bon Marche! Be sure to join Jon Spencer’s #AniTwitWatches on twitter because it’s in the beginning portion of Kanon. I dropped out because I honestly hated it, but you can join in if you enjoy Key works. For now, let’s talk about some good horror things.

Another is an anime set in 1998 in a small town in Japan called Yomiyama. Our main protagonist, Kouichi Sakakibara, has recently transferred to Yomiyama Middle School into class after dealing with a collapsed lung. There is a bit of secret at this Middle School. 26 years before hand, a major incident occurred where a large variety of class mates where killed off in an incident called the calamity. This was an incident that came from a classmate coming back from the dead in Yomiyama Middle School Class 3-3. Not surprisingly, that is the same class that Kouichi joins where the calamity still happens every once in a while. Not every year, but enough to warrant a class officer dedicated to Counter Measures for survival.

The story itself is a somewhat classic horror movie scenario where students and their family are slowly picked off one at a time. The difference is the situation. It’s not the not dead, dead person that is chasing and killing people with a large knife. People just happen to die in situations that could easily be explained. A sharp umbrella and some stairs, a broken elevator in an old hospital, and other things. What connects everything is the rate that it all happens. Each person that dies is either someone in the 3-3 classroom or related to those students are involved in those incidents which connects the issues. I find this very interesting and innovative.

Same with the atmosphere. It’s pretty obvious that Another is not a powerhouse of an anime production and honestly, it doesn’t have to be. There is a lot of shotcuts like us never seeing any of the other classes in the school or the lack of movement in shaded areas, which Another uses very intelligently. Horror shows can get away with that minimalism. There is a lot of mood in the lack of movement in the characters that Another thrives off of and when those murder scenes happen, bloody or otherwise, they are moments that stand out. This is where the animation comes from. It’s been a month since I’ve finished watching Another and they stand out. Not enough creepy dolls though. I wish to see more of them, but I get it. More dolls in the future perhaps. Another season 2, the search for more dolls.

There is a commentary on bullying and oppression in the classroom which makes Another interesting. When Kouichi makes his appearance in the classroom, a lot of his interactions are a result of basic interactions around him. He isn’t told a single thing about what is going on and sees our eye patched girl, Mei Misaki, completely ignored by everyone. To me, he does the most human thing of talking to Mei and trying to uncover more of the mystery himself through his local nurse. He’s not a deep character, but he doesn’t have to be. He’s a solid character that is able move the show forward with his curiosity and that works fine. Especially since the things he learns are things he sticks with.

Mei Misaki, on the other hand, is a very interesting character. Not just because she’s the cute anime girl wearing an eye patch over her eye, but because of how unusual she is. She accepted her placement as the ignored person in class 3-3 without it even bothering her. Maybe she was bullied previously? Also, Misaki is a character with very strange quirks. Mei doesn’t read people or talk to others the same way as everyone else and that can come across as being creepy and suspect from the outside. You can see why people could shun her so easily, yet Mei is just Mei and that works great for what the show wants to do. Exploring how societal pressure affects people pushed to the side lines.

Another advances through murder and discovery. The already stated murders of classmates in 3-3 that you do and do not know, and the discovery of how the deaths can be stopped. It’s a great way to establish characters and themes enough to get to the finale. Seeing how deaths affects people tells you a lot about their characters! The finale takes in a setting where a lot of slasher movies go, a cabin or house in the middle of nowhere where students have to fend for themselves. Unfortunately, or fortunately, this is the final point of escalation. Tons of build up lead to students making their own decisions of who the dead person is and a plain ol’ murder spree. Yay murder, violence, and fire. Lots of fire that should stop people from breathing.

The finale is where the weaknesses of Another are shown. The limitations of Another’s character work and understanding. Thirteen episodes is not enough to fully develop an entire classroom which is why the ending isn’t as impactful as it could be. There is that feeling of “murder zombies with personality” for some classmates, but at least they are given lines to tell you why they are doing the murder. Plus, pac behavior is a thing. I do think that it still works because the show focuses enough on a small cast of characters to worry about whether or not they make it out. Their ideals and discovery allowed them to make it through, so yay!

That’s why I am considering Another to be a good show. A lot better of an anime that I thought it would be when I heard about it almost eight years ago now. Yeah, I am older anime fan now. Sigh. Some impossible to fix issues with characters, but it’s still very smartly put together in terms of what it can do. Especially with the focus on the highly animated murder scenes vs everywhere else. Not the most developed characters ever, but ones that I enjoyed spending time with and learning about when the chance was given. That’s a lot more then you get from a lot of slasher films where characters are doomed to die. 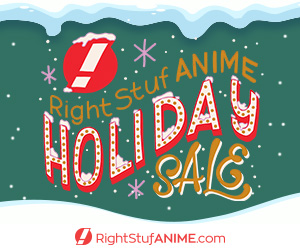