After one touching and fun episode of Dirty Pair follows another with the girls in question in focus. I like these kinds of episodes that evaluate the girl’s friendship. We know how sexy and awesome they are, but there is a value here that is very nice to have as well.

Episode 8 opens up with Kei dancing to disco music she danced to last night. Yuri is woken up by this when suddenly the girls get a message from a mysterious Billy Galet referencing the Lucia. Apparently Billy Galet is a boy that promised to take Yuri through space 12 years ago and it’s a promise she still holds to herself. So this leads to the mission itself. Yuri plans on leaving the Lovely Angels for Billy only to find out that Billy did become an engineer, but was captured space pirates and taken to a prison in planet Poisonville with other younger engineers to do who knows what. 3WA can’t just go their without a contract, which is where the team work aspect comes in. Kei cares enough about Yuri’s happiness to fund the contract to attack the prison and save the engineers herself.

That’s where the value of this relationship comes from. Not doing good for the sake of doing good, but doing good because one of the girls has a boy they dreamed about for 12 years. That’s Dirty Pair and it’s good. A lot of people are self interested anyway and Kei and Yuri are true to themselves. And that values comes into the series too. Especially with the reveal of what happened to Billy. It’s not surprising that he’s actually dead and couldn’t stand working for evil. He was just as pure hearted as Yuri in this episode and it’s the twist that a story like this would usually have. The major surprise is this information being revealed to Yuri. It’s not. Kei legitimately lies to Yuri about Billy needing more time. Does Yuri actually know about if this is true? We don’t know. We just know that Yuri came back for Kei when Kei was in trouble and Yuri had a way out.

The episode ends in a comedic moment of unity, which is great. Yuri knows that Kei footed the money towards the hero rescue mission. She didn’t know that Kei used both of their savings for it. Fighting for their lives in a situation where they could die, Yuri and Kei are fighting about their finances. That’s Dirty Pair. We don’t need to know who the villains are or why they need engineers for some reason. The situations don’t matter, the girls are together doing what they do. My favorite episode so far. I’m excited to see Cowboy Kei in next episode though. 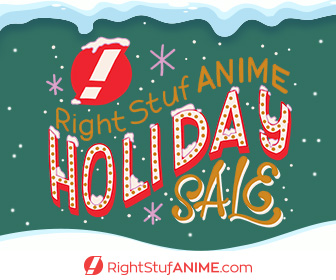