Since no seasonal anime came out this week, including Attack on Titan, I was wondering what to write about today. Well, I think I got an idea from reading a lot of other blog posts and thoughts on twitter. 2020 was a hard year for a lot of reasons. Lack of resources and money, being locked into singular locations like at home because of the closing down of locations due to being next to people, and who knows what else. People are now more home than ever. So that means that more people are going to blog now or create more blog posts, right? I did meet some new bloggers, but staying at home doesn’t always mean more blog content is going to be produced.

The more I read other people’s posts, the more I realize that people deal with stress and anxiety in different ways. All completely legitimate, by the way. We are all human beings and no singular person is the same even if people can be similar sometimes. How a person handles energy is completely dependent on their own personalities. Shutting down from anxiety and stress is valid and it happens all the time. Especially in recent times when there is nothing but online media and communication to cope with it. Having the same way to escape all the time can be just as tiring for people too. This is the year were we learned the range and limitations of staying at home living.

That’s where my own over producing comes from when writing on this blog, anxiety. I can’t say that I’ve had the easiest life for a long time now. Lots of failure, lots of achievements which don’t amount to anything at this moment, or a lot of family members passing away from cancer or a lot of things. I’m not kidding, it’s been hard and soul crushing. I’ve had plenty of nights where I haven’t fell asleep because I’ve just been stuck in my own thoughts. There is a reason why I have to listen or watch something to fall asleep, because my own cycle of thoughts late at night can either be creative or pretty destructive. Just because I don’t talk about these things here doesn’t mean that they don’t exist.

I’ve had to do a lot of self-discovery in thinking about where I am the happiest and it’s when I am busy doing something. Back when I was originally in university for the first time, I was always involved with something while also still having time to do homework and classroom at the same time. I just like being busy and can’t help but say that I don’t like relaxing and being still for one reason or another. That doesn’t mean that I don’t just nap or watch something, but I have that feeling that something I have to do during a day needs to be productive which relieves internal anxiety. I have to admit that is one driving force when writing posts for every week and major events ahead of time.

Anxiety and fun are the reasons why I like writing more posts in general. That’s why I have been able to get at least five posts a week out in recent times with the use of some short cuts. It’s a lot of fun to write posts about things that I enjoy writing and I like sharing my excitement and joy about watching something to other people no matter how well they do. Creating something lowers that mental anxiety that I have. I do admit that numbers do motivate me to write to and I do get burned out and end up writing shorter posts on the shorter things that I’ve enjoyed to pass the time. It happens. I admit that fact and I write out of habits to, but it is a weekly ritual that I do to reduce anxiety anyway.

That’s where I am right now and where I stand with a lot of my thoughts and processes. Wanting to be productive, having some fun, and relieving anxiety are why posts appear as often as they do despite being in a major where I write a lot of things for it. After while, I feel like I have scheduled my own busy nature to being to do all the things that I can do. It has to do with knowing myself and how my brain works. I know that I am a workaholic. It’s just who I am and what I just accept that fact. I have that nature of attacking rather than staying back and it has and hasn’t helped me. There is a lot of imposter syndrome too, but I would rather not talk about that at all. Maybe next time.

Hope this filled that seasonal slot. See you guys next week for even bigger sort of personal dives. Yay… 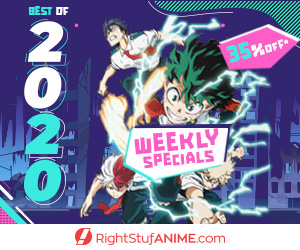