School started again this past week, so this should be an interesting semester of anime and class. We shall see how this all goes or if I might have to drop shows in the future.

I never thought I would say this, but this episode is about sexual intercourse from the inside of the body. Basically, the male function known as ejaculation (it’s true I’m not lying) and things like that. We focus on the red blood cells in the effort of expansion and its failure through mission control like a super robot anime. Then the appearance of the viagra to help out the process as well. The red blood cells point of view of wanting to do this for the children, then the realization afterwards from more experience blood cells that interjected that it could just be for fun and that was an interesting not to leave this unique episode on. Not to mention the STD cliff hanger. Uh oh. On to the next episode.

This is the second portion of this special and it deals with the White Blood cells (who are hot women with shirts that exposes their boobs) vs the gonnoci who have tentacles. That isn’t as detailed and there is more going on. The White Blood Cells continually getting killed by being over whelmed and the higher ups and T Cells are looking down upon them from the masculine toxicity and them not even knowing the situation that was going on. Almost like that is a running theme of this story. The STD was affected by outside help and the White Blood cells eventually got the upper hand. I can’t say that this was as good and fun of an episode as episode 3 and it was a lot like a horror film, but I did enjoy it enough despite its flaws. Looks like we are getting an episode 5 this week, so onto the next episode once again.

Ok, this is the last episode of Code Black for this week and it features Hair Matrix Cells and the Killer T Cells going on a rampage against them. After the White Cells died in droves last episode, the Killer T Cells have gone on a non stop killer rampage that were only stopped by steroids or outside assistance. The Red Blood Cells did their job, but this is a dying body which can’t function by itself. There is even red blood cells in the pee stream. Nothing is going right. With the Killer T cells hanged up, only god knows what is next. I guess I’m in this for the long haul.

Well, I am beginning to see some of Wonder Egg’s seams, but I am enjoying it anyway. I think that’s because there wasn’t any surprise as the last episode. IN this one, a few things propel us forward. Ai meets another egg girl named Neiru who doesn’t want anything to do with Ai until Neiru gets injured due to going through too many eggs at once. It’s nice to see Ai breaking out of her shell (ha) and making friends despite her own situation.

Ai also struggles with her life at home, but starts to propel herself forward by helping her new egg girl, Suzuhara who was a gymnast and lacked her own self confidence which is shown in the form of a monster. The two eventually work together to defeat the monster and move forward. Ai does get injured this time, but we don’t see it in the real world this time or maybe we did. That is something to think about. Still good episode that interjected a lot of good ideas and good direction/animation into it. Fun.

A lot of strong political drama going on in Log Horizon right now, as expected, and I am here for it. Eins has taken the rank of Duke and the people of the land are excited about living in Akiba for once. From Rudy’s point of view, the common people of the land are poor and like to know that some royalty and rule to support them has been in place. This also leads to Eins destroying the Akiba round table himself and seeking a new council.

Princess Raynesia also has her own wedding troubles going on with one week left before she is wedded off somewhere else. I wonder how this problem will be solved too. I also like how the villains themselves have split factions going on and suffering in their own way. A lot of complicated matters with their own self confidence and loser values in place. I wonder who falls first. Very good and complicated episode.

Two short segments in this episode once again. First is the mosquito bite where the infections show up after the mosquito takes red blood cells for its own. Some interesting things happen regarding Mass Cell dropping too much histamines, but she does ignore everyone’s advice to allow the white blood cells to show up after the zombie invasion in the body. I like that and she is correct.

The second part is validation for the latest Cells at Work Code Black episode. White cells protecting the hair matrix cells from acne. It’s a beautifully animated segment with good action and character stuff, even if its hard work for white cell, and I loved it so much. It’s almost like the episode itself is in response to it. Or it could be because I watched it after Code Black episode 5. Either way, it doesn’t matter.

I really wish that Promised Neverland spent more time with the kids and Makiju and Sonju so we could see their training before they left. But oh well, this was a fine episode regardless. The kids find their hide out location with all sorts of good things, but scary mysteries behind them as well. At the same time, Sonju can’t wait to eat the kid’s offspring in the future because he does want to eat human meat. Scary. Very scary. So yeah, looking forward to the next one. Can the kids stop being barely above plot elements though? I’m just saying.

Regarding Rin being stuck away from home for another two days, she stays at Nadeshiko’s grandma’s house for a couple days. I love it. I swear this show is flexing now. Do we need to see a restaurant lovingly cut up an eel and then cook it? No, but it does it anyway. Same with acquiring a new friend to put into the camping group.

Nadeshiko’s friend Aya makes an appearance I really like her. She is very laid back, very soft with Nadeshiko, but can see the excitement of camping by Rin and Nadeshiko showing it to her. I know that I missed a lot of things and I am just going to do that. This episode was just so good and relaxing. It’s the reason why I watch it first on Thursdays. Just so comfy and fun.

The tournament between Kyoto Jujutsu Tech and Tokyo Tech is underway and it’s a crazy time. Lots of interesting character moments, with the “friendship” between Toudou and Itadori is interesting and I can’t help but enjoy the himbo vs the goofy guy who wants to get stronger. I like how just being interested in the same time of women led to this.

I also liked the other group just as much as Tokyo who are also great characters. Kyoto was tasked with killing Yuji, but I don’t think that’s going to happen because not many people are interested in that on the Kyoto side. We shall see how this turns out, but I think this is going to be a good tournament. I hope it doesn’t get too bogged down by too many fights. For now, this is great still.

Wow, a lot of simple yet complicated things are in motion here. Edger village for instance tries to betray Arrow to the Lutoh with their battleship in tow too, but when the obvious turn around happens, Arrow helps to save them all. I still like that Estlah is piloting the battleship herself and Atlee actually fought off a guy with her own convictions. I hope this isn’t the last time. Lutoh will actually destroy them though.

Meanwhile, Rekka has things in motion too. Su and his friend are plotting to take over Rekka themselves and it’s obvious that Su will work with Edger village to turn over Rekka for himself. So obviously, this is where the Code Geassness of this comes in. I like that even though it’s the obvious path this show would go. Let’s see if it’s actually executed well. Also, can Bit just go away please? Thank you.

Well then, the self reflective episode huh? I like these characters so much that even in its toughest moments, there chemistry is great. Miyamura feels like such a relatable character because I think I see plenty of myself in him. How sullen he is, how he wasn’t wanted by project groups, then the appearance of friends in high school being shocking to him. My life felt like that. I appreciate Miyamura and Toru’s friendship so much because they are very accepting of each other and soft even after fighting over Hori and getting themselves injured.

The most interesting part was Hori realizing her feelings for Miya and them watching horror movies with Miya being scared. The hand holding was cute. I hope they finally do realize they are going out instead of just casually dating at home. Then again, there was a small love confession wasn’t there? Hmmmm. Anyway, very good episode.

Last episode ended with Langa getting challenged by Miya, a candidate for Japan’s skating team. Even Reki is terrified about his presence, but Langa seems to have an untold amount of confidence and coolness about him. Not to mention that Miya is a lonely boy that used to have friends, but only works on pure skill now and sees all other people as mobs from their lower level. Interesting. Even if Reki does have some skate boarding skills, he has better mechanic and engineering skills by making a skateboard for a snow boarder. That and his short but fast-growing friendship with Langa are what allowed Langa to win the challenge in the end. It’s so much fun and heartwarming.

War crimes! War crimes everywhere! It’s kind of horrifying to see a crew we’ve only known for a small amount of time being crushed by a crew of people we’ve known for three seasons. There is a justification to their hate and attacking considering that Marley doing horrible things to them for years, but it doesn’t help when they attack civilians too. So in all those “hell yes” kind of moments of moments, there is a lot of sadness too.

So Eren and the people of Paradis’ invasion continues and they win a lot of big fights against Marley’s titans. Against all of them honestly with clever tactics and scary abilities. The Beast titan was taken down by Levi, the war hammer titan was eaten by Eren, the warcart titan is out of commission, and now the slice and dice titan is about to be eaten when Reiner shows up once again. Though, the preview says that doesn’t last long. Also, Armin is blood thirsty here. It’s terrifying.

The big thing is these past few episodes have been just as good as season 3 in terms of content. I hope it doesn’t burn out soon too or push some agendas too far. I guess there is only one way to find out. 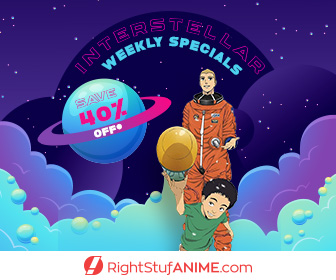