I have gone through a lone list of things that I have enjoyed for a long time and I think you guys know about me and my tastes. Still, I haven’t talked about a lot of things that I’ve left behind or don’t want to talk about. At least not too much. There are a few series that never make it to my taste at all or put me off for one reason or another as well. The world of anime is too large to not have a select few that I don’t like. Even franchises I enjoy have entries that I can’t help but detest as well. Yeah, so prepare for my usual bad opinions in a more negative way this time.

This is a franchise that has never clicked for me and I think it was due to the over hype of it. You see, I was in the anime fandom when Sword Art Online hit and I wasn’t a seasonal anime fan then. I was there when rules were written and so many people were so excited about every episode that ever came out. So there was this mass of excitement and over hyping from it that ruined a lot of my expectations for it when I watched it a few years later.

And that is where my hate came from. Everything was wrong from my perspective. I was out of the hot girl harem loop a long time ago at this point, so I hated that aspect along with how Kirito treated people, and the story in general. It just didn’t work. People like the first part of SAO and I didn’t understand why. When I tried the second part, I hated it even more. So yeah, I never pursued anymore of the franchise afterwards because I had no reason to. For a while, I used to spew my hatred of it everywhere I could online until I realized how pointless that was.

The strange thing about this? I left a discord server after defending people’s ability to like Sword Art Online. I was talking to someone who just had their life goal to destroy it and that conversation came out of nowhere. Yeah, it went from Toonami to rabid hate and it’s just full of what. The conversation quickly moved beyond my depth, so I just left immediately.

This is purely based on the dub of the show because the show in general sounds really fun and something worthwhile. Maybe. I was recommended the dub when I wanted to try it out for the first time and I seriously hated it. The dialogue was completely awful and the acting was atrocious as well. I’m sorry, it just was. I know it’s supposed to replicate 1980’s movies because that is what the show is like, but they still did an awful job of it in my opinion. I could be wrong, but it’s not like the series is that exceptional in terms of writing or plot either. At this moment, I don’t feel a reason to immediately jump into it. Maybe one day. It’s one show I am going to keep on my backlog until the right day and time.

Yeah, I understand the appeal of modern isekai. The blank slate protagonist, the entry in another world for power fantasy reasons, and gaining power over a land and people beyond understanding when they couldn’t do that in their own lives. Yeah, I get that. It’s just not for me anymore. I have plenty of power fantasy series that I can turn to. Super robot shows, shonen battle series, and things like that. That’s where my escape is. Even with that are turns of series which I turn away from because of how picky I am. Yeah, I am a difficult person to please sometimes. It happens. If isekai anime are for you, then go for it. Don’t let me and my very bad opinions stop you.

Gundam Wing used to be a series that I loved through nostalgia but after taking away the english dub one day and watching it subbed, the nostalgia goggles were taken away and I saw nothing of value in it anymore. Sure, the mecha were ok, but the story was awful. Full of B Plot nonsense that just added insanity and nothing more and that doesn’t work out when the A plots were dumb and disjointed too. Now that I mention it, the A plots for Wing had the same problems that I have for the SEED stories and the Age story too even if those weren’t as disjointed Do you want to know what was trully left behind it all? Hypocrisy.

Age/Wing/SEED and SEED Destiny are full of it. All over the place. Do you know why? YOU DON’T PREACH PEACE BY BLOWING UP YOUR ENEMIES WITHOUT MERCY WITH LASER BEAMS. I mean it. That’s not how it works. Has no one ever watched Trigun? You can’t think that you are better just because you believe in ideals that you don’t preach then blow more enemies apart with all of the laser cannons that you can. Gundam Wing was the start of the madness and its pretty boy characters and it spread in the franchise for a while. You can say it still can. Everything these shows is invalidated which is why I hate them. Don’t even try to dissuade me from this because I don’t think you can. Not even if you tell me that this is what all of these shows are about. If you fight against your own themes, your show is about NOTHING.

Not to mention SEED Destiny is easy worse by injecting the horrible protagonists from SEED into the second half when they weren’t needed. No, go away Kira. NO ONE LIKES YOU. Well, AT LEAST I DON’T. Justice for Shin Asuka and I don’t mean the gundam. Shin was developing by going somewhere interesting with Athruns’ help. He was changing and that’s why SEED Destiny was good for a while. Then the “heroic” return of Kira Yamato happened it was the worst direction the show could have gone EVER. Writing this has made me so mad.

And as for AGE, I never finished it. To this day, it is the only mainline or TV Gundam series that I never finished and it was thanks to the mental scars and flash backs from SEED and SEED Destiny. So many parts of the last arc were like it and I couldn’t take it anymore. The writing was just wrong and awful in general, but it was the worst there than anywhere else. I mean, it’s not like Wing and the SEED bad duo had good writing either.

Anyway, I am done now. What I learned from writing this? No one has the same tastes as each other. Also, just because you have franchises and things you like doesn’t mean you have to like all of it. If anything, I am worried about people that unabashedly love all things without questioning why they do it. That seems a little scary to me. 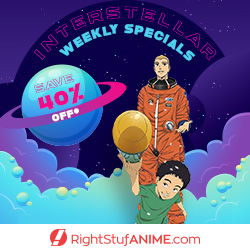