Oh hey, look. I’m finally getting to reviewing more of the non-seasonal shows I watched in a seasonal manner a while back. Surprise, it’s actually happening now. That means Love Live! Sunshine!! will be making its appearance next week before the Mecha nonsense truly starts. I’m really happy about finally getting to these shows too because they were all meaningful in their own ways. They were the comfort that I got from an anime season where not much was going on and I want to give each them a nice send off. Seasonal shows are a little harder to do this for because there is always more so that train keeps moving. For now, this is ok. Let’s talk about Bamboo Blade.

As WingKing78 mentioned in his comments to me, I don’t think that Bamboo Blade could be considered a sports anime. At least not completely. There are some sports attributes in it. The school we follow, Muroe High, is the underdog team that just formed recently. That is pretty classic sports anime material. There is also the fact that character’s thoughts, aggression, and how they solve problems are based around Kendo in some way and that is also a sports anime thing. Players usually have their lives focused on one activity at that time because it’s a great way to create character drama. Yet, we barely see any kendo and the only kendo matches we see are important for our characters and nothing before them. Otherwise, they are skipped. So only sort of sports because there are other things going on too.

This show is a great character drama with some very good humor and, as said earlier, focuses on the Kendo team from Muroe High where everyone has their a fault they are dealing with. Toraji Ishida is the advisor of the club and a substitute teacher barely holding onto life because he doesn’t have a direction. Tamaki Kawazoe is a first year, is almost unbeatable in kendo, but is still dealing with the trauma from losing her mom. Kirino is a second year, is the best club president possible from how hard she works, and keeps to herself. Miyako is a first year who also is amazingly strong and scary, but also can’t control her rage. Sayako is a second-year student who is Kirino’s friend and is very unusual in a lot of ways, and Satori is a first year who stopped kendo due to her struggling in class, but found something by returning.

The show is focused on this good group of girls and Toraji, but there are two boys in the club too. Yuji is a skilled first year who joins the club and becomes Tamaki’s support while Danjuro is Miyako’s boyfriend and has his own fun set of quirks and charisma. He’s not a looker, but you can see why Miyako likes him so much from how he carries himself. With that all in mind, Bamboo Blade is about these eight people enjoying each other’s company as they learn more about kendo, do Kendo tournaments sometimes while losing until they win, and also building their own support networks. It’s very slice of life, but it’s a lot of fun seeing all of them having their own fun and learning to understand each other. This is also a lot of good comedy too

The strongest thing about Bamboo Blade is its ending because it stuck it without question. Why? Because it shows how every single moment these eight got together was valuable in some way. That they each built a support network that is more than just them hanging around, but how they actually care for each other. The invincible Tamaki lost her first kendo match and she doesn’t know how to deal with it while thinking about her mother, which is where Yuji and Toraji come in to help her. Kirino is the club president and has to deal with some drama from past members to break the club apart which she tries to by herself, but Sayako notices this and helps Kirino out. Miyako has an opponent she can’t defeat either, but Satori gains confidence and helps Miyako out more. Even Toraji learns to not run away from his fate.

This show is just fantastic with how it goes about its tone too. It knows when to drive the drama home, when to be funny and goofy with some caveats regarding how Sayako acts in the beginning, and knows how to build very good character relationships by those goofy and hilarious moments. There are other serious moments, but not as big as the ending. The five girls and coach see themselves as super sentai group members and it starts out as a joke, but it means something to each one of them in the end. You can see that with how each one of them carries the key chain that Kirino made even in their toughest moments. It also had some very fun and/or great kendo fights to watch from time to time too. There is just so much to like here.

The show itself is above average looking at best. I love the distinctive character designs with all the different heights and character designs, but there isn’t a lot of movement until they are needed, but that’s like kendo itself. There is no extraneous movement, just movement when its needed. The kendo matches are clearly missing a lot of fluidity and frames as well because its old, but there is an energy in that stillness that is just a lot of fun and energetic somehow. I think that’s a reason why fluid animation isn’t always good, because impacts could just be lost if the direction isn’t as good. The background art is pretty good too. Lots of fun places, lots of good background characters (with one creepy one eww), and such. It’s a good time. There are some leering shots here and there, but it is never harmful to the experience in anyway.

I convinced myself in giving a show a solid again. I was walking into Bamboo Blade thinking it would be a good show and that was it, but this was another segment where I unveiled a lot of my own feelings about it. I also think that I am a big sucker for human stories like this. It’s not exactly perfect in anyway because I think some jokes go too far, but it all feels genuine and wonderful in that way. It’s also a big refresher to talk about something that I really like after something that I really hate. So please, watch Bamboo Blade once you get the chance to. It certainly is an underrated series. Maybe I check the manga out at some point. Oh yeah, most likely should. For another review, read Irina’s here! 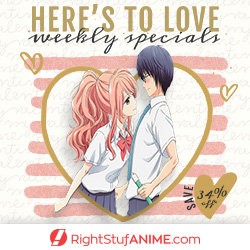