You may notice that Promised Neverland Season 2 disappeared from this list and it’s on that limbo of being either dropped or pause right now. I haven’t been enthused by it for a while and I can’t say that Norman returning has added anything interesting. Especially since I expect him to turn darker and evil. In episode time, that was only 8 episodes when he disappeared so it didn’t have the weight the show wanted it to have. Other then that, everything else was pretty good as expected.

A lot of things to think about in this episode. The biggest thing? Some upgrades. The girls got pets that can eat the evolved Seenoevils who became haters, so pets. After a few tries, Ai is able to help her recent egg with the help of her lizard from a boss she can’t see and it’s very touching. At the same time, Ai is getting closer and closer to Sawaki. Her mother is going to start dating him, supposedly, and there is a conflict there for a lot of reasons.

Koito’s suicide is one of them and Ai’s feelings him are another one. Is Ai attracted to him? It’s hard to tell but Neiru and Rita certainly thinks it is and Momoe runs away because she doesn’t want to think about Sawaki being toxic. I am unsure what to think about this situation going forward, because this is what the episode was going for. Very good episode. I hope Wonder Egg Priority treads this territory very carefully in the future.

Not that much of an episode, just the saga of how Crusty met up Kanami and her group. We see Crusty in a situation where he has to deal with little kids in a shrine and a witch tries to push Elias (a person of legend) into fighting him while Kanami and her group are running around. That is only part one of what we know. Kanami got to punch and kick a dragon, so very good episode though. Just not that interesting for me.

This episode certainly set up a lot of things. Nadeshiko went on her first solo camping trip and followed the write seteps provided by Rin and she is going to have fun. I mean, she already is and now she needs to just set up her camp site which she can safely do. Meanwhile, Rin goes on her own camping trip and meets Sakura, Nadeshiko’s older sister, on her trip in finding something to eat and discovering how they are both solo souls. Also, the teacher was given a camping ground for another club winter camp. I think we know how the show is going to end. Such a softy and comfy series.

Well, that was crazy. It’s time for the fight against the cancer cell and there is a new cell blocking NK, Memory T, and White cell against the Cancer who wants to free every cell from the body. Uh oh. And also, with the bacteria running through the streets chasing after normal cell (and torturing him) along with red cell guiding the platetes away from the danger, all hell has broken loose. The only question is to see how this show will end next week. What a crazy ride. Very good episode.

The stress of it all finally hits our red cell and the white cells when there isn’t a lot of them anymore. Athlete’s foot and other bacteria mobs have worn down on the white cells. That leads our white cells working hard when there is so few of them pushed Red Cell into working as hard as possible and even yelling at his own kouhais before his friend calmed him down. With the fact that this human body is falling apart with only outside means interrupting every time and it’s barren. What can be the result of all of this now…

Oh wow, that was one of the few in between shonen fights that actually was the highest level of entertaining possible. The set up to the stakes of the beginning with characters Megumi, Maki, and others barely holding off the cursed spirit in great action sequences until everything is stepped up when Itadori and Toudou fought the cursed beast together with their own great capabilities. It was just so much fun and kinetic. Plus, the two bros working together was awesome!

Wow, this episode set up tons and tons of things to come. The Lutoh empire wanting peace and inviting the crew of the Grandedger, a prince like character cutting off a guy’s arm, the Grandedger actually making it to the wall without being able to destroy it, and Rekka showing up to fight. Also, Kai and Ren are working together and will eventually go after Lutoh and Granedger. With Back Arrow upset after the failure of breaking the wall and leaving the ship. So many things in motion and it exploded faster then I thought it would. Interesting. Very good episode like usual! .

Wow, an exceptional episode in a lot of ways and a little frightening in others. The first half was pretty simple and involved a little bit of a love triangle between Tooru, Sakura, and Yuki. Very interesting to see Sakura finally step out of her shadow just to have Yuki pull back and then find her own motivation to step out. I can see why too because Tooru is a genuinely nice and caring guy.

On the other hand, Kyoko and Izumi. Man. After spending days apart from each other without contact and trying to connect with each other, they slept with each other. Kyoko took over and it happened. Wow man. What do you say to that? I do think that the possessive bite mark was a little wrong, but this is some crazy Karekano territory. I wonder what will happen afterwards.

A surprise to no one considering that this show lives with its heart on its sleeve, the tearing apart and jealousy of last episode makes it full fruition here. Reki finally realizes that Langa is just has more natural talent and it comes from snowboarding for years and having the willingness to jump into things Reki is scared for. At this moment with the Adam tournament in motion, along with Adam’s perjury about to be called, is the moment when people should be united but fill apart. I wonder when Reki will conquer his fear. I am very excited to see that happen in the future.

Much better episode then last week that actively dives into the concept of indoctrination once again. There is a small stint with four members of the scouts letting out information and being tried in court for believing in killing civilians. At the same time, the narrative wraps around Gabi and Falco after escaping and visiting a farm. A farm of people that Gabi actively hates because of being indoctrinated and broke down after the ideology taught to her for generations of guilt have something to do with evil was brought back to her finally by one of the smarter orphan girls at the farm. That was the episode and people realistically lash out like that once they realize the truth. With the Marleyians going to war soon, I think things are going to start going crazy soon. 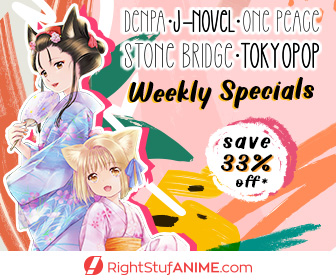