I can’t believe it, guys. It has been year or possibly more since I started reading One Piece and I caught up somehow. The journey has been very long and yet fulfilling. At the time I started it, I didn’t know that I would be able to make it all the way through because of how many chapters and content there was. This post won’t be covering a lot of detailed things considering that I am still working on my One Piece Travel Logs and working on the Zou and Whole Cake Island post for that series right now, but I think there is always something to say about One Piece that is interesting. If you want deeper thoughts on One Piece arcs, look at my One Piece Travel Log Posts under the manga tab of my blog. Or click here!

The biggest thing that I can say is that One Piece is a modern-day fantasy epic in a lot of ways. Instead of Lord of the Rings with pages and pages of descriptions of trees and so many other things because Tolkien really indulged in his world building, One Piece is a manga and Oda indulges in world building in a visual way. It’s possible to ignore it, but there are tons and tons of panels of art showing how a world functions to lavish detail that isn’t even important to the plot. One could spend hours and hours looking at panels to feel more in touch with an island in ways that are unexpected and it is wonderful.

There are differences in One Piece in before the time skip and after the time skip in terms of character designs, style, and the manner of story telling. I think both sides are equally thought out, but the before time skip portions aren’t as muddled together in ideas and concepts. It’s easier to follow, characters can have their own arc without the Straw Hats being involved, and there are a lot of creativity behind all of that. I am having fun with the post time skip, but it’s just that there are so many characters in play now that it is sometimes hard to know what is going on. I think it does work because this portion is about unity and empirs fighting from each other. From Dressrosa to Wano, there are some obvious clean ups, but that doesn’t stop the “what is going on” question until it all joins together once gain.

The second half of One Piece is where things just happen and accepting that those things happen is a part of loving and enjoying it. And I should say again, I like all of One Piece. It is still very character driven like it was before hand but just not as well fleshed out as it could be because of the things that just happen. I really mean it though, things just happen. For instance, Whole Cake Island is Sanji’s arc because of his relationship with Big Momma’s daughter, but Luffy and some others trying to break in through a forest of plants that are alive and Luffy facing threats he wasn’t ready for also took some time away from that arc too. They take away from Sanji dealing with his family to focus on Luffy in some ways. I like it, but it’s a bit unfair. I want more of the drama before Luffy shows up.

Then there are the abilities that just happen post time skip too. There wasn’t as much explanation in the first half regarding abilities or the world because the world was still a mystery. Luffy and his gang did made the big time, but not the super big time yet. The post time skip is when things do get explained but yet not at the same time. Or things happen in the background that are more character focused or just crazy things in general. People will get randomly attacked by the plague which is Chopper’s problem, dinosaurs can show up, Franky is just a robot now, Sanji is a sentai trooper, or people can just summon meteors from the sky or turn into castles. That’s One Piece, things just happen and it’s a good, goofy cartoon or comic for that fact. I really like that fact despite it all.

The great escalation of it all is really good. One thing Luffy and the Straw Hats do affect all other things that happen to Luffy and the Straw Hats later. Every decision counts for something for them and the world itself. Also, there are similarities between each saga and arc like leaders holding their island oppressively, but no arc is similar to each other than that. The islands are different, how the arcs go about are unique, and it makes every arc feel so refreshing as a result of that. It is learning something new or seeing how a new society exists and lives and breathes. Combine that with the nature of the show and there is a experience you can’t get in a lot of other places.

So I am caught up now. I am going to continuing reading it as the chapters come out now. I can actually get involved in current conversations and understand what everyone is talking about. That is such a new experience from what I had a year ago when there was still tons and tons of chapters to read beforehand. Such a new experience. For now, once again, I need to finish up my Zou and Whole Cake Island combo post and post it there specifically. I also plan on reading things like Space Brothers, Getter Robo (probably), and Planetes when it gets here. I’m pretty excited about all of these facts. 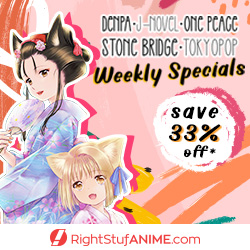