Besides Log Horizon just being lame and telling us back story for that already happened, but it was njust another good week for anime. Cells at Work season 2 just ended, which is fantastic even if cancer had a little too much time. I still liked seeing all of those parts just connect together so well. This week was also pretty relaxing and comfy as well

Well, this is Rikka’s episode. It was about her poor relationship with her drunk mom because that’s all she has besides her friends and an examination of her own life through the egg she was fighting for that wanted to die because she was indoctrinated in a death cult. A cult with ideas that almost took Rikka with her until she discovered her own strength once again from her turtle and everyone else. Rikka is an imperfect person that hates her situation, but it’s nice to see her be strong and kind. It’s also nice to see Ai talking with her as well because Ai is the one who can relate to everyone here. Much better episode then episode 6.

Can we call this stupid arc done now? This episode felt like it skipped a bit too which is whatever honestly. The biggest thing that happened? Breaking limits through the text of the game itself. Crusty was able to defeat an evil goddess and Eli, our ancient warrior, was able to break out of his spell by those limitations. Yay world bending magic again, woo…. The main point? Crusty is now grouped up with Kanami and is headed towards the Yamato server again. Can we just be done with that? Kanami is always cool and the ninja turtle character was fantastic as always. Just generally, why do we need to know a story that isn’t that necessary to us or doesn’t provide us with anything new. Better material next, please.

This was such a warm episode in so many ways. Especially with Nadeshiko enjoying her first lone camping trip. She is such an outgoing and extroverted person that she has fun with the two daughters of the person camping right next to her and just has fun. Especially with simple things like roasting food in tin foil. I do like her supposed witch imagery with the apple and mystic arcs. I like that both Rin and Sakura watched over Nadeshiko to make sure she would be ok. Those two are such very similar and lone spirits and it’s just adorable. Especially with their goofy antics.

There was a lot going on, but it was so much fun. Especially when everyone is able to contribute or at least show up in some way. The good stomach bacteria saved normal cell’s life from the bad bacteria. So fun and adorable in the best way. Especially with white cells jumping in to help too. At the same time, there is the deal with cancer and the protective cell. With Memory T Cells secret ability, everything changes and the trio of White Cell, NK Cell, and Memory T Cell were able to kill him. All is right in the end. This arc was very good.

Throughout all of Code Black, this was the most heart-breaking episode. The harsh conditions around the stomach ulcer were terrifying. The area falls apart, it’s full of lava like hell, and it’s a hard job where death is almost guaranteed. After many incidents where his friend saved his life in so many ways, his friend inevitably saves his life and dies. It was obvious this was going to happen at some point, but that doesn’t mean it doesn’t hurt. In the end, Red Cell is broken and I don’t blame him. This is something that I do not know if he has to get over because the body itself is dying anyway, but can he do it? I don’t know. Ouch, good episode but painful episode.

The beauty of this episode. Toudou is best boy now. There is no way around it. I love his special ability Boogie Woogie that allows him to switch people around when he claps. It’s so ridiculous, but so awesome at the same time. His buddy fight with itadori against the cursed spirit was just pure spectacle. Of course, Gojou has to win it all by breaking the veil and showing how powerful he is by crushing people. Hmmm, maybe Gojou and Toudou are about equal in my mind right now. I love this episode so much.

Man, this episode was nuts with so many complicated details and such. I appreciate everything going on so much especially when its as busy as this episode. The Granedger made it to Lutoh and the villagers are taken in by the kind princess easily. At the same time, Rekka is planning an invasion and Lutoh is no pure angel by itself. Not to mention that Back Arrow was captured by Lutoh after seeing what is up the wall and was forced to be involved with some crazy mad scientist (who has a choir) to see how he functions and the great reveal of the princess’ other side was. So crazy, but I love it so much. Bring crazy back to mecha please. Thank you.

These episodes just have three moods and each of them are interesting. The innocent love between Remi and Sengoku through books and enjoying each side of each other is very well done and so interesting. I just like seeing them both together. At the same time, Kyoko and Izumi are on a different plane and trying to figure out their own boundaries after sleeping with each other. It’s pretty clear that Kyoko has a kink and it’s Izumi being mean to her, but he doesn’t like being mean to her. Maybe some safe role play is in their future. As for yuki and turning down the blind hot guy who can’t see, that was pretty funny. A great way to end this very fun episode. Poor yuki and her absurdly long sleeves and lack of self-confidence.

Highlighting the drama over a skating tournament is really good. It makes sure the show keeps going while also putting in some character drama is just fantastic. I really dig that approach because good skating is just worth everything. I do like that Lange feels wrong without Reki being there and Reki getting the ideal of how being a support is important. The drama with Adam and Tadashi for the role of being a member of diet is interesting as well just the same as Joe and Cherry wanting to punch Adam in the face once again. Very good episode. Having the action and drama is just perfect.

Well, that was certainly an episode that occurred, wasn’t it? I suppose we were all just waiting for it to happen ever since the Yeager clan starting appearing in the public and Eren broke out of prison to do who knows what else. What happens? The government holds back for now to stop unwarranted deaths. I don’t know how I feel about this action, because Pyxis was broken by this happening yet made this decision for most people to follow. Mikasa and Armin are still doing their own investigations with Hange and the locations of Zeke and others are still not known to them for now. It’s crazy to watch all of these political actions happening in place. I still think this episode was good though. Not a lot of shows can get by through horrifying moments and politics alone. 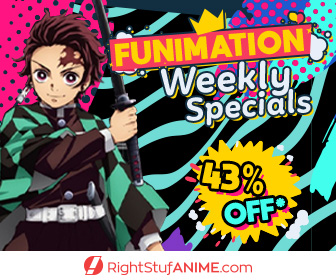