Hmmm, I am beginning to question why people think recap episodes of one cour shows make sense to production studios. Especially since Wonder Egg actually isn’t complicated enough to reaffirm everything that has happened before going into a final moment. Otherwise, very good week where everything is still either really good, with some confusions here and there, or have improved.

Recap episode this week in the form of a tv commercial from Acca and Ura-Acca. Nothing else new here.

Wow, this show just sometimes does a lot of things in even a break episode huh? That is the kind of show that Log Horizon does have a lot of dialogue, so it helps. Leila and Litka, the wolf girls, were found outside in the forest by our group kids and taken into Log Horizon despite Tetra’s continuous issues and horrible past with them. They are ancients after all, so they will probably add a bit to the group.

This is also an episode about progress too. The new round table, with help of the civilians, seems to have improved food quality. Also, Minori and friends have improved their levels too and characters through out are expending trade deals well. With Reynesia on vacation on the steamer looking for Crusty, looks like she will be free of Akihabara for a little while. Very fast, but very good episode this week.

This episode was nice and comfy like the rest of the show. It’s basically the preparations for the Outdoors club’s next trip. So, a lot of working more shifts and helping Chiaki to pass her exams. The big thing that happened was centered on Rin.

Rin wanting to ride her scooter to the camp site and preparing her scooter for the trip with newer gadgets like her dad cleaning it up and a windshield provided by her grandpa as well. Plus, some good relationship stuff with her grandpa through silence and her grandpa just wanting to spoil her which is nice. That ride into the sunset with both grandpa and Rin was so good too despite the silence. I wish I had that kind of relationship.

Well, this episode was about trauma and the horrible working condition of the body. The attacking portion of the body from all the waste built up in the body itself attacked and attacking with heavy weaponry only caused more damage here. The white cells didn’t help and red cell had a trauma that he can never get over with because he was told to continue working no matter the condition. The only thing that helped him was white cell hugging him and consoling him. So yeah, this was a very good and powerful episode. I wasn’t expecting it to be handled in this sort of way and I like it.

This episode had two moods, happy and dramatic, which led to me constantly questioning why these things are happening in the first place. It is crazy times. But the results of the combat scenario that just happened was good. It is so cool seeing the Cursed spirits as some sort of family while the upper-level sorcerers themselves are more broken apart and are not working together. That is part of why I feel the cursed specials were able to be as success as they were. Also, Gojo is so Gojo and fun.

Finding that sort of unity developing in the kids during a baseball game was cool. Same with Itadori and Nobara visiting Megumi in the hospital. Not to mention that the baseball game itself was downright hilarious as well. So many good and fast jokes all over the place. I love shows that can balance that sort of drama and comedy like. Jujutsu Kaisen is something special.

Following the insanity of last episode comes this episode’s complete sense of insanity. The dual personality princess is still in motion and Arrow is in trouble once again. Also, surprise to no one really, Dr. Sola was from Lutoh and even was the reason why the princess is so split personality in an instance that is dumb, but very Back Arrow as well.

We also saw the heart and soul of Rekka with the emperor’s impossible to break strength, even if he’s an old man, while he sets out for war and the blood thirsty princess Fine waiting for it. Oh man, Lutoh is going to be destroyed spectacularly, isn’t it? Such fun times. I cannot wait for next episode. I am going to be really flabbergasted if Lutoh survives this one.

It feels really hard to put my thoughts about this episode into words. If I had too, it’s just a nice one and a trade in some interesting ways besides Horimiya’s pain kink that keeps pulling up to the conversation. Especially since these two have and haven’t talked about it like there other things yet. In that way, this is an episode of Izumi coming to terms with his past through the help of his present, Kyoko beating up the boys who taunted him and Izumi loving her for that.

I am pretty happy that one of those bad people is at least is trying to talk to Izumi even if I am not sure how genuine it is. Especially since Izumi seems pretty detached from a lot of people still. I don’t think he got a good reading on his classmate who also has a crush on Kyoko and wonders why its him or maybe he is being sarcastic about it. Either way, this episode was good/great and gives the viewer a lot to think about.

Two skating battles in one episode, exciting. The first one with Joe vs Langa is the most interesting one. Especially since the reason why Langa skates so insanely has appeared. It’s Reki supporting him and Joe is cool, but Langa doing some literally insane moves is fantastic. With a broken skateboard, Langa has to talk to Reki now, which is good and drives their relationship forward. The match between Cherry and Adam was a good set up bit and pretty predictable, but had a lot of cool and dynamic moves.

This episode was bonkers and shows how great Attack on Titan writing can be even without titans punching each other. Good character drama is character drama. Gabi facing the family and boyfriend of Sasha that she killed was pretty frightening. Especially since the restaurant owner completely went off on her. The biggest thing though? How Sasha’s family didn’t want revenge, besides Maya, and actually decided not to kill her. She was shocked by that considering she thinks in terms of kill or don’t kill.

The biggest moment came from Eren and others coming in like a mafia. Yeah, I can’t hate Floch anymore then I already have before considering how he is just a stooge now. Especially since he knew about the poisoning of him and other military personal with Zeke’s spinal fluid who are just waiting for Zeke to turn them into titan now? Also, the moment between Eren, Armin, Mikasa, and Gabi is kind of horrifying. So yeah, this week was a great episode for the right and wrong reasons. 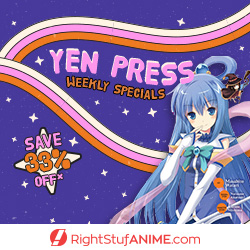