I have to start this post with saying that rewatching Bokurano was a very hard endeavor. I re-watched this show after the almost endless nonsense of the 2020 election was still going on during the pandemic that is also almost endless. That meant everyday seeing a lawsuit was in motion and the inevitable January 6th action. It hurts because Bokurano is not a light hearted series, so watching something tough while tough things going on is not recommended. Especially since Bokurano seeks to look at how society works and moves by taking it apart through the use of important people’s kids piloting a robot. It’s beautiful and respectful in the way it does this while giving each person their moment of glory and chance to be human with a giant robot in the mix. Bokurano is very good stuff; please watch. Now, let’s dive into a midly heavy spoilers post on Bokurano. Yeah, if you don’t want to you can turn back now.

Imagine if you will, a student program where 15 kids from different schools and classes go to the beach to relax a bit for science. What if there was an unexpected element to this beach visit? What about a stranger at a beach asking them to join an ambiguous game? A game that seems harmless and fun, but changes the destiny of all of them for the rest for them the rest of their lives. Their now severely shortened lives. A game involving fighting with a giant robot against other giant robots all around the Earth and other Earths. This is the reason why people tell you not to talk to strangers. You never know when you will be sucked into a game where the life and death of the Earth depends on a game where either you die or the planet dies. This is the central idea and conceit of Bokurano.

Bokurano is focused on 15 different arcs focused on each individual children that are victims of this conflict. Not just the game itself, but of society. This show is very interesting in how there is one central main character in the story, but he hardly gets any focus until the truth of the situation is slowly revealed through the lives of at least half of the cast. A cast of kids who names are not as memorable as they could be due to the nature of the show, but whose stories will stay with you forever. These are kids from all walks of life and the show places the focus on these children in a way that progresses the world around them and allows the secrets of the game to be revealed. Each character gets a final remark in their last moment to reveal something and I think that makes each of their stories even more memorable. Especially since how that secret and their personalities click together in really good ways.

A complaint about this show could be that it’s a little formulaic in its construction considering that the fate of these characters is known. Each arc starts and the viewer knows what is going to happen. That is a valid piece of criticism, but I think there is more than enough going on with each kid’s lives to make them feel different. Especially since it’s hard to write 15 characters with different personalities or screen time at once. I think giving each character their own arc takes away a lot of that damage. Especially since their personalities are so much different from each other based on how they were raised. You can see why the kid of a capitalist pig only sees value when crushing others for their own gain. Not to mention some don’t have the best home lives compared to others who are privileged members of government. Each story is excellent, human, and sad, which is why I love this show. No one is flawless and that is how it is.

There is the sense of realism which makes Bokurano feel so believable in the way its world is constructed. I liked that the police were able to discover that these particular 15 children were behind the Zearth fights very quickly. It gets some credit to the adults actually acting like intelligent investigators for once unlike a lot of other series where this doesn’t happen. The other adults in the world who see the the Zearth and seek to use the technology behind the Zearth to its advantage was realistic as well. There are people out there who seek to use energy sources beyond our understanding to further advance society without even considering saving the children in the cockpit seat? No, they are considered a loss already to further society and it’s so sad. There is an inherent cruelty and trauma to the show and this is part of it. No matter what, the children are victims treated without respect. Something that is different on other Earths where the opposite is true. Wild, right?

The weakest point of Bokurano are obviously the animation and art in some ways. I do think the characters not having distinctive designs is to this show’s benefit. Especially since it works thematically. These are normal kids, not super heroes. Why would they want to stand out when the setting is as realistic as this? The world setting through art and animation is pretty great as well. Also, the Zearth looks so cool and alien. Same with the other mecha from other locations that appear. They move like lumbering monsters and the sound design sells that aspect too. Still, the cg on these robots is just ok at best and can be pretty questionable sometimes. Same with them just moving around the city as well. The city is just a thing the characters are stepping around and you have to rely on characters in the cockpit reacting to get the full effect of what is going on. I’m just saying that it’s a cheaper production with more good bits that make sense compared to small bits that are incredibly lazy.

In thinking about Bokurano and this write up, I didn’t really say a lot about the show and that was on purpose. I think Bokurano is the kind of show that works the best the less you know about it before walking into it. It’s very well written and a simple art and animation aesthetic that mostly works. Very solid, very wonderful, and very sad. A tragedy really. Sigh But a refreshing one. 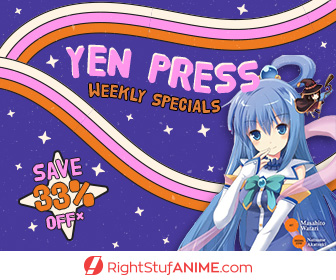