Pretty light week this time in regards to anime, but this is ok. This means that there is much more time to relax and work on different projects, school and otherwise, in order to complete everything. This semester has been yet another busy one and the extra time was needed. Also, there was great anime to watch as well. Doesn’t sound like a bad thing to me.

Hmmm, I felt like this episode set up the usual plot of the kind of finale a show like this would be. The system lead by Acca and Ura-Acca and others are lying to you, interconnected to all departments, and is looking for a way to break into alternative dimensions? This episode was Neiru and Neiru’s friend’s episode in terms of how Neiru is still suffering from losing someone as intelligent as her and her hidden intelligence is cruelty perception which Ai shows is a lie. Ai really is the mother of this group.

An episode about Neiru’s smart best friend dying to discover the parallel world theory and asking for her death in a dream to take herself off life support. Of course, there are complex emotions when it comes to this right? Especially for those who don’t understand that are in the cast centered on, if a person is surviving on life support, are they really living? If a person’s egg form in a different dimension asks you to do that, is it valid? Especially since that body is going to be picked up tomorrow by Acca and Ura-Acca for an evil scheme. This is the thing that drives the plot downhill. I liked this episode and I’m glad its back.

This episode was just a lot of fun and soft for the most part. Some creepy things like Minori pursuing Shiroe relationship wise, but he does not reciprocate at all, he just wants to help. That is a lot of reputation I think the idea of Minori learning about getting involved with raids and getting ready for it. Lots of gear shopping for events to come forward. Especially with the ending of this episode.

Naotsugu and then Tetra doing their training sessions with Tetra showing her anger against the two friends with hill giants attacking the kids. The moment when the geniuses started their invasion against Akihabara and all adults are away was horrifying. Especially since that was the result of Akihabara getting too smug with all their victories recently. It is time for the kids to pay for that smugness in hopefully a good episode like this one.

Well, I guess it’s nice that our Red Blood Cell came back to deliver the goods and work hard. You know, that finding a purpose in what they are doing kind of thing? Too bad that the body itself decide to shut down due to heart failure. Especially since it has been announced by the upper officials after workig them all to death. It seems like red blood cell is going to try do something by himself and I don’t think that’s going to work. That body is just gone. I liked this episode though.

The class trip to Izu is here. Rin and her very fun trip of looking at things while the van people get stuck in traffic and Aoi and her sister make fun of sleepy Nadeshiko. It’s just fun times. Especially when they all meet up together to take their mountain hike and Aki hatching her evil schemes for some birthdays coming up. All of which fell apart when Nadeshiko and Aoi’s sister run up the cliff with younger sister energy and Aki just fell face on the group. This show is so comfy and adorable.

It seems like we are onto more episodic cases now and that’s fun. Especially since hanging out with Nobara, Itadori, and Fushiguro is just fun. Especially since they have such an interesting person with them in the form of Nattori and we learn more about Fushiguro like how he was a delinquent that beat people up as a Junior High School kid. Same with learning about his sister being bed ridden and his attempt at taking this case by himself. A case where four people have died due to a curse, which is what they are investigating. Not the most exciting episode, but it doesn’t have to be. I just had a good time.

I feel like this episode just decided to go about doing crazy things just to set up the losing case of Lutoh winning against Rekka. Especially since the princess was involved and a lazy supreme immortal’s blood was in the way of our princess becoming sane again. Glad to know aboaut Elsha’s fight, the princess was able to control her evil side and put it in a Briheight disc. That does not mean they are going to win though. Very fun yet chaotic episode. I like Shu Bi being completely confused by what Back Arrow does and how those discs work, but he’s having fun. I also like seeing Back Arrow just doing whatever.

Recap episode this week and I don’t watch those.

In this Yuki and Toru focused episode, the cold open with Kyoko worried that guys will take Izumi away from her is kind of frightening and shows how much strains and cracks are happening in their relationship at the moment. Especially with Kyoko being way too possessive. It’s played off as humor, but it’s pretty bad guys. Definitely an opposite sort of thing with Kare Kano here which is interesting.

As I said earlier, this is a Yuki and Toru episode and it further examines how they perceive people themselves and how they are separate from the more attractive and better people around them. Yuki and her melting away from this and finally discovering that she does want to date Toru even if it is selfish. (The older sister moments were fun, yet human). Toru even admits that Sakura is too good for him too, so it feels like the fake going out will eventually become real. Good for them. That’s why it’s a decent episode. 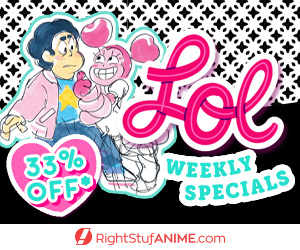