It seems like every mecha march has some big revelation into why I continue doing this blogging thing. Not just blogging, but watching anime in general. Not to mention that experience knowing that the world of anime is still a big mystery to me after all of this time. I am still a person in a tunnel with a flashlight looking into the mystery that is anime and all its contents. I may have set up some lights on the path I’ve traveled, but every once in a while, there is something unexpected that comes my way and for me recently, that was GaoGaiGar. I feel sad that I didn’t know that the braves series existed until last year. Yeah, there are mecha franchises that I don’t know about still and I’ve been at this for how long now? Glad I am finally making some headway. Well, I hope I am.

There was a new language or texture to a franchise opened before my eyes while watching GaoGaiGar and it made me feel gar and emotions in a way that I haven’t for a long time. It’s nice to know that I haven’t gone fully cynical yet. Watching GaoGaiGar was like watching G Gundam for the first time for instance because that’s a special feeling that doesn’t come everyday. Because of this, I am thinking of replacing full metal panic going forward by writing about one brave series every Mecha March for the foreseable future. I just have this need to dig more into this now that I’ve found that I really like what’s going down now so far. That’s not an easy thing to do when each series is around 50 episodes in length, but that’s why I want to try watching one at least one a year. GaoGaiGar was just that good and inspiring to me!

King of Braves GaoGaiGar is a series that takes place in recent past of 2005, but is preceded by two major events. The first one is the appearance of Mamoru, our main kid protagonist, on the Earth as a baby in a new expansion of the Superman lore. Mamoru was taken to his adopted parents in a frozen tundra one day by a giant mechanical space lion named Gaolion. Also in 2003, the mysterious El-01 crash landed on Earth during a rocket launch led by the astronaut named Gai which resulted in him getting into an accident and the El-01 absorbing machines and disappearing. With that mystery, can the forming of the Gutsy Geoid Guard defend against this threat in the future. That future is now, 2005. Remember when the world was ending back then? Good times.

So, 2005. The year all hell breaks loose. A mysterious Zonder group shows up to cause havok by turning a person into a robot using zonder metal and human fears while Mamoru is on a school trip with his friends. His power beckons to him and the mysterious Gaolion breaks out of GGG base to save the day. Gai as a cyborg shows up and merges with Gaolion by it eating him, the gao machines show up, and the mysterious Gaogaigar isavemed to saved the day. Afterwards, Mamoru purifies it with the alien abilities he didn’t know he has. The first half of GaoGaiGar follows this kind of formula again and again against the four machine kings of different varieties like a hot ballerina, a mysterious guy named pizza, a clown, and an old man pirate, forming different schemes and different robots and it’s a lot of fun to watch. If you love Monster of the week, it’s great fun.

If there is something to be said about this half and GaoGaiGar, it’s simple yet effective. It is a show that introduces concepts and characters in very short and quick manners, then grows them as time goes on like it planted seeds. We know that Mikoto likes Gai and we see that relationship change and be strain as she is in GGG mission control and he struggles to win. Same with the introduction of the stealthy police robot who formed a friendship with Mamoru over time, the appearance of Horyu and Enryu and when they transform, and even the mysterious Goldymarg who is an answer to a lot of problems. All of them are super intelligent ai full of good personality and very wonderful to watch. The slow escalation of the machine kings’ strength and threat pushes the GGG more. The same could be said with Mamoru’s friendship with Hana and their other classmates on short trips wher ehe disappears. I may not remember all of their names, but I remember their personalities because they are the normal citizens that grounds the show.

There is also the mission control or nasa aspect in GaoGaiGar that works so well and makes sense considering that GGG is an off shot of space control. Chief Koutaro Taigo with his talks about guts, Leo Shishio as Gai’s dad and engineer leading innovation, Swan White as his assistant and expert of fanservice, Mikoto being in main control of Gai’s transformations, Etouji as the head of hacking, Hyuuma as the himbo operations advisor, and even Mamoru’s purifier. This isn’t a show where GaoGaiGar is sent out into a mission and must resolve it himself. There is a lot of Gai awesome moments indeed, but him and GGG control and other robots work together as a puzzle to defeat each Zonder machine that shows up. This is what makes this show so good to me. The core founding principal of this show is good and the hypest moments add so much.

After the final elimination of E-01, the real show happens with tons of lore and its set-in space! What we saw was only the first wave There is some easy lore between Mamoru and his relationship to a certain Cain and one of Mamoru’s classmates and his relationship’s to Abl, the 31 Primevals are here to mechanize Earth once and for all, and it’s only the space bound GGG (renamed Gutsy Galaxy Guard) unit and the mysterious soldato J who is and isn’t aligned with GGG to save the day. Every week, the threats become stranger from direct threats to GGG’s base to the mysterious appearance of THE POWER, and the continued threat against the primevals in general all over the planet.

This is where GaoGaiGar loses its monster of the week a little bit nature and each encounter lasts at least two episodes. Sometimes more depending on how big the threat is to the Earth or the GGG space base and the influence of lore in the show. There is a very simple planetary lore of Mamoru and his classmate being from different planets that lost against the zonder and them uniting can lead to the Zonder’s downfall. That’s what changes. Otherwise, the heart is still there, the endless gar is still there, and the good guys all get it their all to win and they do. There are always unexpected things that can happen like deaths and sadness, but moving on and learning from those moments makes everything so much stronger. Surviving for the sake of those who came before and love is what matters. It will guide us and save us.

GaoGaiGar is a very good late 90’s production of a show. The most distinctive thing to me that sticks out are the character designs. These are very kid show kinds of character designs and that is what makes them stand out. They give off so much endearing personality and what they are about by having their own special profiles without their details. I love that so much and more anime need to have expressive designs like this. I also love the settings. The GGG base and its many locations, the grand view of Tokyo, different locations all over the world, and in space where the primevals come from through portals, and things like that. It’s a very beautiful and well produced show that you could watch just for those moments.

The mechanical design is really good too. The zonders and primevals take whatever they control in terms of technology of mechanical designs and deforms them using mixture of digital technology and very lose animation which gives them a horrifying feeling. The AI units are pretty transformers like in design in pretty blocky designs, but also do tons of cool things like transform and whatever in unique ways and merge together in stock footage that are lovingly detailed and wonderful. The ultimate in design with GaoGaiGar with the merging from a space lion eating Gai for the GaiGar then the Gao machines afterwards to form GaoGaiGar is beautiful. It’s a very distinct design you can never forget. I love how the unit fights with its special abilities, the connections it’s given to fight with, and the transformation sequence. It’s just all good.

I keep thinking about what negatives to say when it comes to GaoGaiGar and the only things I come up with are if you aren’t interested in super robot shows like it in the first place. For those in that particular crowd, it’s literal perfection. Otherwise, it’s a little slow, there are some moments in the first fifteen episodes with horrible flash lights, it takes a while to get anywhere as the team barely stops the zonderization process every time thus forcing the enemy to try again with a new plan. The show would be a lot more intriguing if the heroes lost, but that would ruin the point as well. Other than that, for the super robot nature of the show, it’s exceptional. I can’t say enough good things about it. So much love inside the show and the production crew working on it, so much gar and never letting go, and so much greatness. Very solid show. Probably a new favorite too. 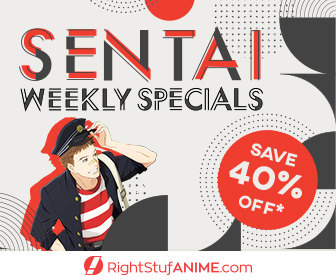