A lot of late ending anime this season due to production issues behind it all and other things. I feel for them and hopefully everyone can complete their special productions the way they want to. It does feel weird with shows ending so late, but that’s ok. A new season is on the way.

“Well, that’s a basic way to set up an ending for an anime like this I suppose.” This isn’t a conclusion, but this was the flash back episode for the Acca’s lives and how the events of Wonder Egg Priority ever got there. No mention for Sawaki and his answer to Ai’s question at all, but I don’t mind that really. This was Acca and Ura-Acca’s love lives, creating a girl out of ai to lay off stress, a woman falling in love with one of them and having a baby, building a family, having the a.i. kill the wife and then daughter, the appearance of two forms from the AI’s pods. It’s basic “we need to stop the bad guy” stuff and I think a show that explores female relationships and lives like this doing that is kind of lame. It was ok.

This episode set up the great finale between the younger adventurers and the Genius, Eirenus. A genius that wants to eliminate the greatness of the older adventurers by changing or ruining their memories of them. After completing so many great things, Eirenus was too much for them and designed itself to take away their motivations. Especially with how Minori sees Shiroe and Toru sees Naotsugu. Of course, it’s Akatsuki at the lost moment who appeared to push against his wrogness and evil to defeat them. That’s how the episode ended. I like this episode quite a bit and I can’t wait to see these youngin’s win in the end. This show moved Log Horizon forward more than I expected it to do.

A lot of good and comfy content in this episode. Akari being a cute kid who mishears things, that one island they can walk to, “secret” camping dinners, and so much more as well. There is just a lot of quick moments in this episode that need talking about to like Rin’s mom was also a biker, so many food stops, so many fist bumps, and everything. What a busy little episode for a short run time. I am glad that the Izu trip has been great because everyone has their little moments. Very interested to see how it concludes next week. Man, Yuru Camp is ending last week.

This show’s finale was a lot smaller and personal then I expected and I honestly really like that fact. It’s just Kugisaki and Itadori vs some cursed specials. That’s it really. These are specials that are brothers whose abilities are connecting with others to rot them. Too bad they ran into a vessel of Sukuna and Kugisaki whose ability is also to connect to cursed energy. That twist was saved both of them because Kugisaki and Itadori are the worst types of villains for both of their crew members. The group reuniting afterwards with Nittori yelling at them was a lot of fun. A little terrified of Kugisaki who stabbed herself with nails three teams too but their characterization was good. I wish other shonens allowed kids to be kids like this.

This episode was more Ren Sin and Kai’s episode that anyone elses. Sure, the Granedger was on screen and every character had a small moment in the fight between Rekka and Lutoh. Even generals from Rekka whose names I don’t know had moments of awesome against Prax. But no, Ren, whose conviction was tested by the emperor came back with new convention after her survival to push about Kai’s pride to awaken his own conviction stronger than ever against Shu. I don’t like rooting for the enemy, but I like those too. The better part is that the show just works like this. It has logic that is so stupid that it set itself up for characters to return in full strength after fighting themselves. I love it. Good episode.

Awww, this episode was very soft and incredibly touching. Especially since it started digging into these characters lives even deeper and it makes sense considering that this is a Christmas episode. Tooru and Yuki are starting slow with Yuki visiting to play video games, Sengoku and Remi seem to have their little bout for Christmas with Sengoku refusing to come because of the dead bugs ( I totally get), and Kyoko and Izumi’s Christmas plans ruined due to Izumi delivering cakes all Christmas day. Awww. I love that Kyoko’s family loves him so much that she has to stop her family from following. A much more serious episode for them, which is good.

This episode feels like one for the small people. A called match/beef between Reki and Adam. A rewatch of wills and while Reki lost, through his batman thinking and innovation, he certainly did make Adam full in the mud for the first time and humiliate him. Reki also had a lot of fun doing it too while grasping that there are new heights and possibilities out for him still. So much fun. Can’t wait for the explosive finale next week!

If there was an episode to set up a three-sided conflict for next season, this show certainly did it. Very Zeta Gundam like to do it. Hmmm. Our protagonist forces are locked in prison talking to Yolenda, Eren as a jerk it outside and threatening people, and then the appearance of Pieck changes everything by adding a wild card to everything. First, it seems like she started a betrayal and next, a titan appears out of nowhere to signal where Eren is and the Marleyans are here. I am not sure how I feel about two forces of awful leading the charge while the group is in prison and Zeke is missing, but I am intrigued to see how this finishes next winter. I’ve been with this show this far, so it only makes sense. 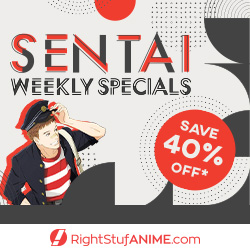