Yeah, I changed the title of from last year. Not because there wasn’t any mecha anime in 2020, but because there was some great mechanical animation in 2020 outside of defined “mecha” series. I feel like fact should be highlighted a bit more which is why this change has been made. What do you think? A bad idea? Too bad, you can’t stop me. Muahahaha.

The amount of mecha anime was pretty sparse this year. I feel like I can name four series on the top of my head, so that’s what I am going for here. Even then, they were kind of meh over all. Let’s get to that list :D. Muahahaha.

This show was alright, possibly above average depending on my mood. The concept was great. A mecha anime centered on rock and roll, the enemy named noise, and people named listeners who piloted mecha that look like amps. There were even references to Prince and so many other rock stars and songs in this series too. Where it went wrong was that it was only 12 episodes in length. There wasn’t enough time for everything to breathe so the anime was a bit rushed, felt disjointed, and everything else that comes with the territory. Otherwise, it was a blast to watch every week. That by itself gives the show a lot of value.

This is an anime series that takes place after the video game Sakura Wars (2019). A game I didn’t watch, but this show was pretty fun. The cg for the characters was a little janky, but every single mechanical movement for the well textured mecha was incredible. The story was very average though and even a little too long, so it was average once again. If the show was cut down from 12 episodes to 8 episodes, it would be a lot snappily paced and would click a lot better considering that some episodes are repeats. Or you could have those four episodes mean something. Too bad they didn’t.

This show was pretty great. A great step forward from the horrible and lackluster Gundam Build Divers. It is an isekai mecha show from 2020 and I feel like you don’t have to watch any other show from the build series to watch this one. The quality may have been hurt from being delayed due to COVID-19, but it’s hard to tell. Overall, I had a lot of fun.

Gen Urobuchi’s series regarding how the appearance of mecha changed real world politics came back at the end of 2020. Very short, a lot of good situations in its episodic way, a lot of good “what if” situations, but no conclusion. The series decided to focus on soldiers or someone just watching a parody of an anime and it’s fun, but a lot of things are still left up in the air and it felt like this series was going somewhere before that. Oh well it seems.

Keep Your Eyes Off Eizouken

The show is a fantastic show about people creating something and that something is called original anime. Most of the show deals with the girls making mechanical animation of some kind work and then then show the characters animating those moments. The first portion was a girl with a gas mask vs a tank, the middle portion featured the problems of making mecha work while drawing it, and the last portion features an attacking alien invasion the humans have to fight against. All of it has so much passion and artistry in it that I can’t help but put it here.

A very noir anime about an android with a gun for a head fighting against another one and all the politics held from it. So obviously, there is some decent mechanical animation with those characters fighting each other with cool techniques, right? When the fight gets real, the art and animation step up quite a bit. So many complicated moving parts here. This is cg, but I do not think many people can do hand drawn mechanical animation like that anymore, but the passion for it is there. It gives me hope for the future when there is more than one series in a year to talk about these.

This show was a lot of things. A take on the matrix, a look at Pixar series, a fight for revolution, and a had a giant fortress with a huge fist. Somehow it worked out to be a good series. The solid mechanical animation comes from that said fortress punching with all the super robot energy of the land and the protagonist Natsume’s mechanical arm with lots of cool functions. There was a lot of cg, but there was still a lot of passion on display on all fronts, including mechanical design, that really sold itself to me.

This show. Man, this show was really good. It followed a typical path at first, the second half was excellent. The aesthetics though? Akudama Drive made me a believer in thinking that an Akira tv anime can exist because it just looked that good. The city was a wonderful cyberpunk world which tons of holograms and that setting itself is incredible. Couriers bike though? Courier’s bike was an incredible machine that comes with all sorts of cool functions and a giant laser cannon? What’s not to love. This show is the coolest show to ever cool. Probably. At least in 2020.

This was a decent racing anime with lots of cool cars. All in cg, but there was some love given to these mechanical devices with wheels of all shapes and sizes. There is a lot of cg for these cars to make them move and function, but there was a passion once again. This is something unique that we haven’t seen for a while and it was good generally. I would have loved to see how these cars worked a bit more, but what can you do?

And that’s the Mecha and Mechanical Animation round up for 2020. I am very excited to see what 2021 brings because I know there is some mecha anime coming out this year. More then some. Spring 2021 is going to be pretty loaded with it. 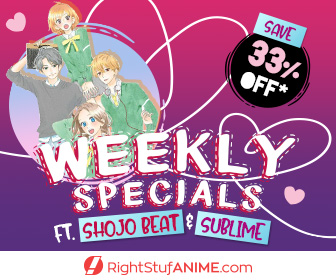