The wake of Mecha March always feels huge to me. I never fully know how to recover from it at first. This comes from the fact that a focused month on one of my favorite genres, if not my favorite genre, and then stopping is like trying to slow down a speeding car in a matter of two seconds. There is a huge, inherent whiplash that comes from it for me and for you guys (probably). This year, I am trying something different and a little bit more fantasy. I’m putting the robots in the garage for a little bit and talking about magic and world exploration. This experiment is my attempt at doing a thrust reverser for a speeding airplane that landing. Welcome to Log Horizon week. Ever since re-watching the show again with my dad and watching the third season, I’ve been in the mood to talk about it more. Time to discuss Log Horizon in greater detail. I had one post about Log Horizon before, but one is never enough.

Now, the motivation behind writing this post comes from three directions. I already talk about one of them. Another comes from Voyager who recently launched a video about Log Horizon that you can check here: Link. The other comes from a short bit of conversation with iniksbane on twitter detailing what Log Horizon is. I tried my best to answer what Log Horizon is in a tweet, but that’s impossible because of how much goes into it. Without a word limit, here is the full-on answer. I’ve been thinking about this post for a while so I am going to let my fingers do the work and we shall see what happens.

Log Horizon starts when our main characters are taken from the world and inserted in a world that is and isn’t familiar. Wondering how they got there and possibly how they can go back is a part of the plot because there is the known yet unknown waiting in the background to be explored. This is the world of the MMORPG Elder Tale that every player/adventurer all have accounts for. Whether or not they were playing before the iseka-ing happens doesn’t matter. They are there now and completely confused by it. So yes, it is unusual considering how most isekai series involved our cast going into a world they never know anything about. I really love this different approach.

It’s a show about characters finding the differences between the world of Elder Tales the players/adventurers remember and the world it is now. The natural feel of the world is something they all have to get used to. No longer do players screen help that much, they must understand how to use their spells yet again by just using them. They must also learn about the movements of the creatures of the world. Those being the monsters they feet who act in completely different ways they live and react to the people of the land. Yes, that’s right. Everything makes this a bit complicated considering that this is also a

I’m not just talking about the sword and magic kind of MMO world or the magical beasts that exist in Elder Tales. Oh no, that’s way too simple of an explanation for this. There is a much bigger sort of fantasy situation that comes from the NPC people that live in Elder Tales called the people of the land.

The people of the land immediately provide a problem for the adventurers in this world. Especially since each one of them remembers the people of land being NPCs. You know, people that they buy things from in shops and acquire quests from to acquire experience to level up with. No, these people are alive and have their own lives like real people do. Not just the royalty who make their own stuffy opinions and live in their high castles, but the villagers who own farms have lives that matter in this world. The adventurers learning this is a part of the process of them understanding how this world works and it’s a complicated thing to see people you didn’t see as anything but digital and numbers being like this.

The bigger appearance of the people of the land in the story is where the fantasy aspect of this story starts in a very Game of Thrones kind of manner. Especially since the people of the land do not understand the non-rigged system the adventurers live within their own world. This comes to a head when dealing with monsters that are beyond the people of the land’s control. These are people that don’t want to show their weaknesses, but must ask for the adventurer’s help in order to survive. This political conflict is very fantasy like and I think it’s an interesting thing to include. Clearly, there is a lot of thought that goes into Log Horizon that makes it a

The best thing about Log Horizon is how the exposition is handled. That is a good thing considering how much there is of it. I don’t know how, but there is something about how Log Horizon is written in which the characters are explored more heavily by delivering the sort of dialogue they do. Not only in how the characters are written in which they have things they do or do not say or do, but how every line of exposition and plotting can be accounted as characterizing them. There is a lot of thought and character perspective that goes into everything which is why those moments of talks across a table are much more interesting than the ok to good action scenes which appear on screen.

Log Horizon is built on world building, exposition, and especially politics. The creating of the round down table of guilds to create the rules of how the Elder Tales/Adventurer city of Akihabara is going to live from that point onward. When the adventurers appeared, it was a lawless land where the biggest and strongest guilds made the rules and the lower leveled players were exploited for the experience potions, they receive every day. The creation of the round table created a base of rules that most of the guilds agreed to create, in which the ones who didn’t left, for everyone to live in safety to unite everyone together. That required and still requires a lot of effort due to number of problems it solved and yet caused.

Every big thing that is pursued, the Round Table, any new rules or legislature, and so on has an effect on the world itself. A huge push and pull kind of situation which shows how and how not thoughtful the writer being the Log Horizon light novels. One large thing leads to another large thing which leads to the game, the people of the land as previously mentioned, and other cities with their own sort of campaign and political groups coming into contact with what was built at Akihabara. The whole thing is a bit of a power struggle in that way. Some could call it something like a

I was saving this point for last because I think that this is the part which puts Log Horizon into perspective. Did you think of it this when I originally starting writing this post? Probably not. When people think of a anime or medium, people mostly think of Fist of the Northstar, Mad Max, The Walking Dead, or anything involving long stretches of land people don’t live in for one reason or another and joining oppressive communities or dying. Besides the empty stretches of people of the land living in their own towns and the more fantasy aspects, Log Horizon is the same way. Adventurers live in their own cities and create their own societies from the ground up to live in.

The character who created the round table by the name of Shiroe, who is the main character of the series, is one of a few bigger personalities that oppresses people to do his being when he needs them too. It’s a kind way, but he’s still pushing people to do his bidding. He is the Villain in Glasses for a reason and he forced different guilds to create the round table before explaining and getting other people interested in it. With those rules in place, Akihabara started to thrive a bit and create new technologies like steam ships. The creation of the round table is why the people of the land were interested in them in the first place. Other territories are worse and have people live in completely horrifying ways and oppressive leaders, so Akihabara is unusual and yet usual in that way.

There is also the fact that this anime features after a post-apocalyptic event for the people of the land too. IN this world, there are different classes of magic and the adventurers being stuck in this world came from the third use of world magic ever. (Very Evangelion like with the third impact and everything.) The people of the land also lost something in this event. Their protective knights who are invincible and defeat the threats that directly attack the civilians are gone leading to them having to make deals with the adventurers in the first place. The world has and hasn’t truly changed for them and that’s fun.

There is more, but figure it out for yourself.

That is Log Horizon in a nut shell. It’s is a somewhat cheap looking series that has great goals and ambitions inevitably succeeding as some of them. It is also a little goofy and fun while being terrifying and dramatic when it needs to be. I honestly think that at least the first season of Log Horizon is one of my favorite anime series ever. Season 2 and season 3 are good, but they don’t match up as well to the potential left behind from the first season where it feels like anything can happen. Maybe that will change one day if a final season appears. 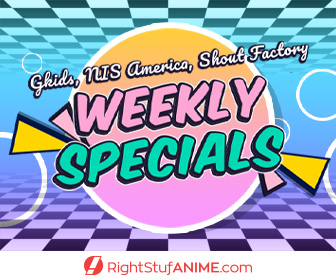