-Just because a show is ranked lower than others or possibly the lowest doesn’t mean that it is a bad one at all. It just means that I didn’t enjoy it as much. I would only stop watching a show if I didn’t enjoy it.

-Back Arrow will not be showing up on here.

This episode was interesting and gives me a lot of thoughts, but I can’t say that it was completely exceptional. If anything, it’s at least interesting to watch. This show takes place in the Taisho era, which doesn’t usually get as much play in the anime sphere. Secret agents, a vampire who was vampirized during her play acting and stuck into that mind set while being a vampire. She just must act and the officer we follow is a morale and must put a vampire unit together while the blond actor (who must be a vampire) is getting in the cross fire too. I will see how this goes for now because I just have to know now.

This episode was just the cast reuniting again and adding a next context into the story by adding why Akito is such a mess through a conversation between Tohru and Kureno. Akito is a girl forced to dress like a man and spreads the abuse she gets from her mother to the other people who are cursed and it’s so sad. It’s so nice that Saki took Tohru in for for a pajama sleep over and Arisa shows up too. Oh man, the concern over Tohru in this episode is so touching and it’s so nice that the two guys still like her. Fantastic introduction episode.

I feel like I have seen shows and movies which involve saving humanity against AI through the consequences for a few times, but this show does have a new angle and looks good. An AI idol at an amusement park who sets out to save the world 100 years in the future where AI obliterate human kind in a war that humans weren’t prepared for? Vivi, or Diva, whose job is to just sing in one spot even if they aren’t there, was fully characterized in a unique way that questions her programming vs what she wants to do. So classic concepts, but it’s intriguing. I guess there is only to watch the second episode to find out now. Hmmmm.

Fine, be original then. Be interesting and unique and fun for all I care. Yeah, after saying last time “this is interesting but I’ve seen it before”, Vivy had a fantastic second episode and I am begrudingly watching it. This episode was kind of beautiful in having Diva or Vivy saving the guy who was for AI rights from getting assassinated by a large group of people and barely succeeding on it following the parameters of what actually happened. Matsumoto and Vivy make a pack followed by Vivy immediately being crushed and almost destroyed for trying to save an airplane that was already set to explode.

In the end, that result is the real story. A time traveling idea with dreams of eventually making it to the big time at the theme park despite being a museum piece in the future working with Matsumoto in different periods of time to stop the war between the overwhelming AI and humanity. That’s pretty cool. There is some tension there with Vivy wanting to save everyone and the little Matsumoto in his Paranoia Agent toy with intelligence to save everyone within boundaries. There is a lot of good concepts here, so I hope it goes somewhere. Fun times all around.

I feel like this was my favorite episode of Back Arrow so far. Not only because it was on theme, it was the most Back Arrow level of insanity. Especially since it did some smart things that didn’t seem like them at the time. Especially since nobles behind Lutoh showed only the footage of the even Princess Fine instead of the nicer one that healed. The difference that happened? Despite Fine taking her form back and healing all of Rekka far enough for them to give up, the citizens are uncertain. Back Arrow the character allowed the cast to shine as well with his own actions, so he was excellent with narrative utility without demeaning him. Lots of good and simple, yet complicated things happen and I like to see where this continues.

Yeah, I really like this show. Actually spending time with it’s cast and having them fight together instead of just one person being able to do everything? GASP. But yeah, each character seems to be taling or at least opening up with each other. Yomogi hasn’t shown up for practice when even Yume shows up after leaving him in the dust and the two start to connect a bit more. Even Gauma didn’t just Yomogi for just doing his grocery store job either. I like how the cousins are just having fun for now and might use the situation for profit.

Anyway, this did result in Yomogi performing not as well as the others, but the three did work their hardest and find a way for Yomogi to contribute before Gauma blew the kaiju up with missiles. I also like how the villains were introduced in weird costumes and merely said one thing about kaiju supremacy because that’s all we need from them. The kids having toys they can summon their units from is a very cool idea as well and it leads to some very good action scenes. I hope this continues.

This show continues to look fantastic to look at and pull off some very decent to good writing when incorporating the settings around them. It has now been fifteen years since Vivy’s last operation and now the two must stop an AI robot named Estalla from dropping the space hotel from orbit and killing thousands of people and/or destroying theme park. A lot of work is put into establishing the setting of the space hotel, different theme park events Vivy is helping with different events and even talking to Estalla herself about it. Very good set dressing for ow the world has changed and to create a conflict for next episode. I am surprised how the show can just do those simple tricks and have them work well.

After a fight with demon waifu and teleport villain, the group end up on a trip through mirrors through time and space. First is the two dealing with a desert location with people that have flame weaponry and a thin atmosphere and then traveling through time to TM Revolution Bard’s backstory kingdom. Damn. I hope Shang and others can find him before he gets caught up by the evil princess once again. I see why watching the movie for this season was mandatory right now. I don’t think this season has kicked into high gear yet, but it’s still fun and season 2 took a bit to start its engine as well.

Finally, a bit of a real robot show in a season mostly filled with super robot shows. This is the story of the San Magnolia Empire war machine. A nation of 85 districts with 86ers or marganilized people fighting a war in which the public only considers them ai with spider mecha. One specific group, led by Shin or Reaper, continually destroys any handler assigned to them by San Magnolia. Enter Lena, a female major who actually cares about the armies at the front and their lives. She was recently assigned to be a handler to that supposedly troublesome unit. It’s very Code Geass Ova or Iron Blooded Orphans yet much more focused in its goals and I welcome that. We shall see what happens from here onward.

This episode was Irene Addler’s episode detailing her circumstances. First it was her meeting Albert Moriarty at a rich charity event which showed how in line with her goals the Moriarty group is along with some tasteful elite murder on the side and next it was Sherlock’s gambit to find out what the real prize was. Sherlock’s game meant blowing up a part of his home. The end result? Irene Addler took places detailing how the French Revolution had English involvement and that is the problem at hand. The next thing to consider iw what choice Irene Addler can take and how much good it can do.

This episode was great and I hope this is the direction the show takes going forward. After Joe had his bicycle stolen by an immigrant kid, Joe spends time with power who are outcast from society and setting up for the festival of the dead before the people who are putting up the land for auction showed up. The end result is the chief Joe met last episode training to win a tournament to buy the land and Joe, after confronting his demons for once and removing the drugs, to help him out. Joe can become a beacon of hope once again. I like how this episode spent time setting up the people living in the camp. If Joe wandered from community to community to help people, that would be fantastic. 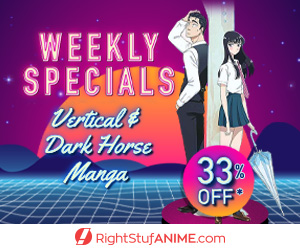