-Just because something is lower doesn’t mean that it’s a bad show to me. If I thought a show was bad, I would drop it.

-Back Arrow is sir not appearing on this list.

I really do think that Mars Red is picking up some steam. This felt like the most refined episode with the best sort of arc in it? Mainly from the youngest vampire who is Ranked A and has to finally confront his feelings over not killing anything? Also, the disarmament treaty is in place which can lead to the doom of Zero squad. With the investigation of the red light district and vampire zombies, everyone has a small arc either made out as a joke with the weakest vampire leading to Ranked A being awesome or the oldest one having his exploration of being old. I also think the colonel’s problem of passing out from working too hard is in play as well. Very good mystery that was resolved outside of the unit once again.

I was wondering when Haru and Rin would get an episode again and wouldn’t you know it, this is the best episode of the final season so far. The growth that Hiro, the annoying kid, felt after becoming an older brother was fantastic because he finally apologized for his actions. Afterwards, the relationship between Haru and Rin was put to it’s test against Akito. Akito, the vile god who wants to be loved but abuses everyone around her. That leads to Rin being stuck in the cat prison and escaping through Kureno’s betrayal and the eventual wonderful encounter between Akito and Haru.

That encounter between Akito and Haru was so raw considering that Akito was on the defensive for the first time. She literally couldn’t do anything against Haru and with his rage, he was stronger than anyone at this point. Poor Akito, poor Haru, and poor Rin. The major emotional moment that occurred after Rin fell on the ground after her escape and Haru found her was so good. So emotional and so strong. Plus, there were two kid watching the two at the same time and that was just hilarious. Just a wonderful episode this week.

A singular episode focused on one loser’s life as he drowns himself in gacha game purchases. Fantastic episode. It all starts in Elementary School where he tried to buy a rare eraser on Ebay to gain the top of the loser pack and that ends up in him stealing money from his dad’s credit card. That eventually leads to him meeting that same scammer 16 years later on a gacha up in which he dedicates his time winning against that one scammer. Of course, he does achieve his win and then our taxi driver ruins his life and now he’s out to kill him with the gun from the yakuza baboon. The way this story was told was fantastic. This show really can do whatever it wants and succeed at it.

Towards the Eternity Episode 3

Yeah, just not feeling this show at all. Episode 1 was good because it had a character bare his soul out as he was dying to who he thought was his pet. Now, I feel like things are just happening to happen in an attempt to make people feel sad? March went away from our immortal with the squad who want sacrifices just to be sacrifices because the gods aren’t real? We have an artistic thing that tells why, but it just reiterates things we know. Then a giant bear attacks, bow girl escapes, and then it attacks the sacrificial area for the immortal to kill it? Afterwards, the girl behind the sacrifices lets March live just cause? I honestly didn’t feel emotional at all during all of these exchanges. It looks nice and moves nice, but that’s about it. I will give it one episode before I drop it.

Well, I can see how this show is going to end in 8 episode or so. Some corners were cut this time meaning we won’t get a lot of development from the Granedger civilization or have a completely developed world. All of which is fine because this is Back Arrow and Back Arrow has no chill. The big thing? Lutoh and Rekka have their own flying battleships now and Back Arrow and crew were called to beyond the wall. After the emperor of Rekka captured the traitors ship, Lutoh attacked Granedger and lost after some interesting developments and made it to the wall where the mystery starts. I’m always fascinated to see where this one goes.

Well, this was the “beach” episode, but it took place at a water park and had a few more interesting things going on at the same time. For instance, Yume is finding out more things about her sister which led to a cliff hanger, Yume was scared by people drowning in the water for a reason, our NEAT had a date and we are started to see his past, and Gauma is continually hurt by failing to get Simusu (a Kaiju Eugencists) that went to the water park with them. Not to mention Simuzu’s normal conversation with Yume and Yomogi and the Dynazenon fight in the end. There is something up going here and I can’t wait for it next episode. Especially since this episode ended mid conversation. That must be an important conversation. This episode was fun though and villains in a water park are always fun.

Well, I hope this show’s pattern stops at some point. Just like the 4th episode, the 6th episode was over stuffed with lots of concepts and ideas after another, though not as good, world building episode the environment we are presented with. This time we see the love life of Saeki and Grace in where it developed and where it is now with Grace as the heart of this city. That leading to Vivy and Matsumoto against the entire city a great science fiction flight scene that deserves to belong in movies, to take it out after Vivy saw the music as a recycling of a song then out of the heart. Her failure at seeing that led to a horrible incident where the city and the couple died. Another good but lacking episode.

This was the backstory episode of this show, which means it would usually be a slower one. I can’t even describe to you how fast and fascinating this episode is despite all the fact. Not only because it was Shang’s backstory episode in a way but also had lots of interesting things in motion. Also, partially has to do with the fact that the Enigmatic Gale had a literal nendroid appear on screen to be fun? Wife Guy with the guitar was able to get a special medicine from a special doctor that knows both TM Revolution and Shang and Demon Waifu is up to no good plotting with her sword demon sister. A lot of drama and revelations of the demon sword’s blood shed show how much her influence ruined one of the human kingdoms. Wild to me. My favorite episode so far? I don’t know. Thunderbolt Fantasy is so good.

A beginning. That’s what this episode was. It felt like the real start of 86 after such a turmoil filled ending last episode. Why? What better way to end an arc or being a story then two sides finding some mutual understanding? Lena and the 86’s world are more opened up now after Lena agonizing over how she is a victim of the culture that she was a part of after being lectured for her wrongs. So obviously, finding that thoughtful understanding is where it all will begin. The biggest thing going forward is wondering where this will start. Will Shin and his gang start attacking San Magnolia itself? Who is to know? I am also sure that Lena’s uncle is also pushing Lena forward into being stronger and nobler as well. Interesting.

Well, this arc felt really wasted and annoying in a lot of ways? The conflicted between the Yard and the citizens of a back alley, which was almost a full-scale war ended after a lot of clever tricks and the old man Jack the Ripper running around away from the gun fire in the middle of the streets while the others work hard to keep them alive. The ending solution was the two Moriarties themselves killing everyone leading the Jack the Ripper charge. I feel like this arc could have been at least the whole season because of how well built up it was. So what did we learn? The Moriarty brothers can fight which was not their strength in the first place, there is another villain watching them, and this Jack the Ripper joined the Moriarty crew. It is a lot of “well, that happened”. Not as confident as I was in the show last season.

This episode isn’t as strong as the previous episodes, but I think there is great potential for a lot of powerful things. After a long time traveling, Joe returns home five years later to kids that have grown up without him, adults that hate him, and so many other complicated things. There are also tons of backstory about how Joe went the way he did. He was the pillar everyone based the Nowhere gym from and it’s torn down in a very symbolic way. He rejected to pay attention to his coach passing away so he can box again for money and his bid for money fell apart and he destroyed everything he created. Him symbolically getting the sign out of the dirt is the start of his return. Oh, Sachio is also boxing. Lots of things to explore here. Let’s see where this goes. I have no reason to not trust this show so far. 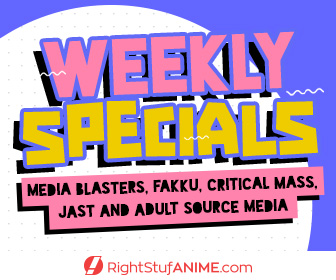