I have not even mentioned or talked about it on here yet, but some huge announcements about Macross have appeared recently between Big West, Funimation, and Harmony Gold. In confusing legal thing that I still do not understand, Big West has allowed Harmony Gold to have rights to a bit more of the Macross franchise which means there might be some more streaming rights and/or disc release rights to the entire Macross franchise in the future. I say this because Big West has made a YouTube channel recently in which they dropped Flash Back 2012 and another thing as a sort of taste test to come. Considering that I did not want to write a Macross Delta yet (give me a couple weeks) or Macross 7 (it’ll probably be June when it drops) without talking about this, I am going to talk a little bit about Flash Back 2012 Today. Have a look below at what it is:

The concept and idea behind Flash Back 2012 feels so quaint now. Especially since it is a franchise with a lot of installments in it now. Flash Back 2012 came out in 1987 when the Macross franchise was only five years old and had two installments. Those installments being the original series, Super Dimensional Fortress Macross, and the movie that was a retelling, Macross: Do You Remember Love. It was meant to celebrate five years since Macross started and it’ s really interesting to look at 2021 right now where it is still going with the Macross Delta movie rolling out sometime this year depending on how COVID-19 affects production. Thirty-nine years of Macross and while it is not as huge in scope as Gundam, that is still quite an achievement. Ok, let us finally talk about this thing instead of analyzing context like I usually do.

The Super Dimensional Fortress Macross: Flash Back 2012 is exactly what it says on the tin. It is a flash back on Macross from mostly Lyn Minmay’s perspective. It opens with the epilogue of Do You Remember Love, that being Lyn Minmay’s concert, and then it steps back in time from when Lyn and Hikaru met, when Misa and Hikaru met, both of their stories and then traveling through the story with Love’s and SDF’s best footage together to create cohesive moments together to tell the story once again in a unique way. Roy Fokker’s fate was brought up as well as well as the growing relationship between Max and Milia/Miria as well. This eventually leads to Misa Hayase and Hikaru leading on the Megaroad-01. All of which is connected by Lyn Minmay’s different songs in the order they appeared the movies/shows. It is soft, comfortable, and yet melancholic. A real piece to vibe too.

If you know or have watched both SDF and Love before, this feels like a treat in terms of music and animation. I mean seriously, it does look really good with the phenomenal bits of 80’s animation from Do You Remember Love as well as the best animated moments of SDF together, the story changes contexts a little bit creating an interesting new story of thought and self-reflection. In this sort of way, Macross feels daring for repeating the same story three times in different ways. Also, Lyn Minmay’s songs are never not going to be iconic legends in one way or another. Macross movie has always been the peak of music for representing where music was at that time in the most refined and palatable way. If there wasn’t good music that has magical space effects, then it’s just not Macross. I am just saiyan. Transforming robots, singing, and love triangles are a part of Macross’ core after all.

When it really comes down to it, I really like Flash Back 2012. I feel like a lot of people do not like it because of how pointless and quaint it is compared to everything else, but I do not think it was meant to be a huge thing in the first place. It is only a thoughtful thing and emotional music video piece. It was meant as a celebration. I still think that 2012 is just so thoughtful and comfy to watch now. This is thirty minutes of nostalgia and emotional times with great music that can put you into such a good mood. I do not think the mood and feelings it gives off have changed since 1987 at all. I even think this might be fun to watch for people who have not watched SDF or Love before as well because it does tell an effective story through music. I don’t want to give a score on a music video/ova, but just know that I like it and that’s it. A final call back to members of the series we will not see again in the franchise ever again. 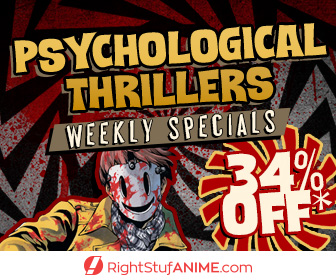