I don’t think it’s going to be a lie when it is said that anime and journalism do not have a good relationship with each other for one reason or another. This isn’t just talking about the random scares from 80’s, 90’s, and early 2000’s when people feared foreign culture invading the United States resulting in it influencing children and causing them to develop violently. You know, the same ol’ and unproven argument for video games causing violence in children. It feels like, besides some really old and/or disconnected people from the rest of the world, the fear of the unknown is gone now. I do not think that line of thinking will ever be completely gone but it will be greatly diminished overtime as our culture becomes more aware and accepting.

The difference between now and then is the fact that more people who are fans of things are on social media and ready to nitpick popular news articles and videos. It is something with different levels of good and bad.  Basically, a spectrum between evil and bad depending on the circumstance involved. I think the biggest thing that reveals the context of anything is the ignorance and reference frame of the writer. I think that fans have some sort of false sense of justice in them that wants to pick at tons and tons of flaws when it comes to the media itself. There can be some justifications here. There was that time when a person compared the Boomerang streaming service with Crunchyroll in one of the most weird and biased articles that ever existed towards Boomerang. That was one of the strangest things ever and I feel like what came from that was generally justified if the words of anger were aimed toward the article and not towards the person.

The nit picking can come too far though. Especially with articles recently focused on growth of the industry or articles about certain concepts. I think when talking about anime fandom in general, there is something wild about how people get defensive about their positions. I remember seeing some buzz recently where an older anime fan attacked the article for explaining how the anime fandom has exploded recently when that line was not even the point of the article the person wrote in the first place? Audience matters when writing an article because it is hard to write an article about everyone. When an article is written about a general audience, we have to remember that those of us who are deeply engaged in anime to back away from something when a general audience is being informed about something and just let small things like that pass under the bridge while never thinking about it again. Something that unsubstantial shouldn’t be so bothersome.

Writing anime reviews for sites can be one of the most unique experiences when the spectrum can be all over the place. Especially when writing them for basic and general sites. Sites like ANN for example. As an anime review writer, I feel lucky for not facing the heat that some of those paid writers do because they supposedly represent a website? No, those people are just individuals sharing their own viewpoints on anime episodes or series to people who want to read them. There isn’t an agenda they are going for if they believe in those facts they are saying and I think most of them do believe in those ideals. I don’t think that arguing with reviewers who aren’t interested in seeing your opinions in a thread is going to do something. Just do not read or engage otherwise you are providing more traffic.

Any sort of anime writing and journalism is going to come with tons of complications. If it is not the focus of the website in question, then they are just going to not care about it as much unless the views start jumping up. These sites writing content in the first place means that the anime audience is large enough that the art form cannot be ignored anymore. Who knows if some sites just appealing to the fans just for the sake of appealing to fans is wrong? There does needs to be a heart and soul to the writing, but sometimes it is hard to tell where that heart and soul is going or whether the writer knows everything about anime. A sense of being genuine and nitpicking can cause a lot of chaos in this field. In the future, knowing when and when not to approach an article or writing in fairness and criticism is important. I think that is something that I need to learn about too. That is why I just do not approach a lot of it and read about it later because online interactions are so hard to deal with. There is too much outrage over the smallest things. 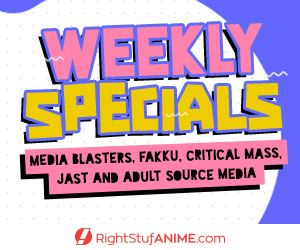