This feels like a very minor complaint or discussion in the world of anime, but this one is something that pops up quite a bit. What is it? Well, you’ve read the title of this post. The concept of “I wouldn’t do that in this position” or “this character is bad because they aren’t doing the things that I would do.” That always frustrates me and isn’t something that I would consider a real critique of an anime series or a piece of fiction in general. Even in wish fulfillment series where the main protagonist is an audience avatar, they are not going to function the way an audience member is going to. There are a couple reasons for that.

There are certain things that can lead to characters saying that sort of thing like if a story’s writing causes some sense of frustration in the viewer. Sometimes, that frustration is the point and that isn’t a failure. Other times, a series just doesn’t explain itself well enough or there isn’t enough in motion in a well written way to put the viewer into the head space of the main characters. That later part is where this complaint can come have some value. In general, it doesn’t really stick the same way.

1) The Stories Point of View

2) Characters Have Their Own Lives

Every anime character has their own life. They’ve had their own backstories, whether they are good or bad, that makes them who they are. Those stories are not going to be yours even if they are so close and relatable in some ways. Variable differences like world differences, people differences, or even power differences matter when it comes to all of this. All of those facts directly affecting their lives in how they think and feel. They are not you. They don’t believe in the same things you do, see things the same way, and everything else. Even if that character was you with one small differences, it’s still not. Don’t expect them to behave and solve problems the way you would.

And all of that is what I wanted to say. It’s a very simple thing, but some people forget about these basic things sometimes. Fiction is fiction because it explores different worlds and situations with fictional characters. Some things explore realistic situations with realistic emotions and that can be a good thing. Even if a character that is a celebrity in our world or even you are in it, it’s still not those people doing those things the series wants them to do. It’s still a piece of fiction after all. 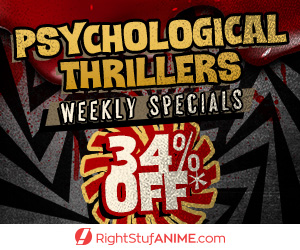