I guess Fruits Basket is really ending. I didn’t know if it would happen with such a short season, but it really is and it all is because of Akito herself. She stabbed Kureno a couple episodes again and her she is talking with (and even slicing) Tohru and I don’t think she expected to meet someone as pure as Tohru ever. Why? Akito has never been around someone who sees how flawed they are and I don’t think she ever expected Tohru to want to be her friend after so long. It’s a tragic event to see Tohru fall off a cliff in front of Akito, but in reality, I think that cemented that small change into Akito as well. Also, it’s nice that Kureno and Tohru are going to be alright even with the drama with Kyo and Yuki as well. There we have the final conclusion is still being Tohru and Kyo. Man, some crazy things are happening here .

The Earth Quake has shattered everything apart with disaster caused by the vaccine turning children and others into vampires along with splitting the crew apart, but it’s slowly coming back together again. General Nakajima’s plan of a vampire corps still isn’t coming into any place because disaster relief is needed in Tokyo. With Kurusu meeting with of his core’s friends, an attack plan is set into motion no thanks to blond vampires attacking or sulking. The only question in mind is where is Colonel Maeda right now? I suppose there is four episodes left to find out and save Japan from a vampire attack force led by a crazy old man.

Well, a lot of great things happened in this episode as usual. For all of Odakawa’s plans of trying to screw over Dobu in as many ways as possible, they really don’t seem to be working out at all. But, he is helping some other people though. Odakawa was able to rescue his monkey friend and Dobu was able to get his internet harasser to stop by talking to him face to face. The masked shooter is still out there

Well, the gang is back together again. Shu never died and was able to defeat the eraser program in Back Arrow, Rekka and Edger are getting along, and the pretty boys have returned once again to form a union to destroy the god of Lingaland. Not a perfect union, but one that will work for all of their purposes for the moment. There is some tension after emperor Zetsu was destroyed and Back Arrow doesn’t have confidence, but after the fight between Kai and Back Arrow, everyone is ready to defeat god. Should be a fun time.

Well, this was the most perfect episode to all that is Dynazenon so far. All the answers that the Dynazenon crew fought and searched for, in terms of their lives and back stories, came here and it’s pretty shocking for them to do it now. Some used it for good because Yume discovered her sister didn’t commit suicide but died in an accident because she didn’t have anyone while Koyomi’s past about him stealing money and Gauma’s betrayal of the other Kaiju users were presented in the bad.

It was up to Yomogi to save all of them from their dreams and save them he did leading to them and Gridknight (who got a quick flash as Anti) defeating the memory Kaiju to save the world. Fantastic episode for sure! I just wonder how they are going to wrap this show up with two episodes left. The only enemies are always the Kaiju Eugenicists and they have their own little plots.

Yeah, this show is just going to fall on its face at the end because the writers don’t understand time travel and what you can do it with. Why the humans at play were only around for when the robots attacked through Vivy’s music, Vivy and Matsumoto has 100 years to hack into the tower they pointed out as the problem was very early on and yet they no one has done anything about it. So now we are in a time line where things are only slightly better and Vivy is working with a moderate branch of Toak to save the world. Why can’t you do the same thing you did before with adjustments of controlling the tower’s progress the whole time? Instead, we get Elizabeth (yay, someone understands how AI works) and others trying to find a solution. I just….why are they doing this?

This episode was absolutely the best episode of 86 so far. This show has been pretty decent over all, though not amazing, but this was the climax of it all. The last 5 units of Spearhead take on a huge legion force controlled by Shin’s brother and the major surprise. All parts of the show have led to this moment. Our understand of the world, Lena getting help from Annette to fire the artillery to save her squad through some hacking, and Shin finally putting his brother too rest. With the remainder of the unit wandering into the lands unknown to them and Lena left behind to face consequences, the last two episodes have to be fall out and Lena trying to catch up to them. So excellent animation and excellent character stuff. Looking forward to see all that conflict coalesce somehow.

Two different bits of time travel in this episode showing those who understand the weight they carry and those who don’t. Shang goes to the past and meets the man who created the demon slayer swords himself and the two have a good conversation about duty and whether actions now that have consequences later are worth it in the end and Shang doesn’t mind the weight he’s carrying.

Lang on the other hand revisits a moment of shame we’ve seen again and knows the trouble he has to carry. Also, the Enigmatic Gale got to massage demon waifu during all of their plans and I am so jealous. I mean, he’s possessed by a demon sword at the moment but worth it honestly even with him stabbing our poor wife guy. But either way, some creative conflicts here for sure. A very solid episode. Well, more then solid.

Bleh, this show is kind of meh and this episode while being a pretty simple mystery was meh too. Out of nowhere, John has a fiance named Mary who wants to find the treasure behind her father’s death. So that leads to Sherlock, John, and her finally breaking into an old person’s mansion which leads to a murder mystery that is immediately solved to eventually unattaching Mary to the treasure. Why? Eventually, we discover that she is being black mailed by Milverton. All of this is just immediate things that happen so Sherlock can get involved to it with only immediate connections and nothing else. It was just a cheaply written episode with only one purpose behind it. Bleh.

Well, what happens if we just have a wonderful build up episode once again? Well, it happened once again. Yukiko’s company is discussing their business plans centered on Rosco, Mikio wrote his thesis and revealed it to the world and met one of his college students, and Mac and Joe met outside of Liu’s hospital while an offer of a fight between him and Joe is being decided. That heartwarming and yet chilling moment would have won so many things especially Joe wanting to go back the ring again.

The most important moment was between Sachio and Joe though. That fight for Sachio attempting to be like Joe and eventually seeing how much he failed while getting completely pummeled by him. It was that good sort of emotional awakening between to the two and it all followed by Joe suffering from his drug addiction once again in a moment that solidifies the relationship between the two while adding extra drama to the equation. Also, apparently Yuri is going to help too? All sorts of fantastic things here. 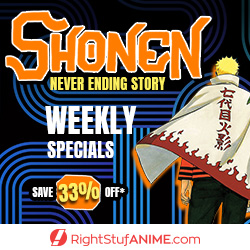